*nEewS fLaSh!* — Some media reluctant to admit arson not related to Freedom Convoy 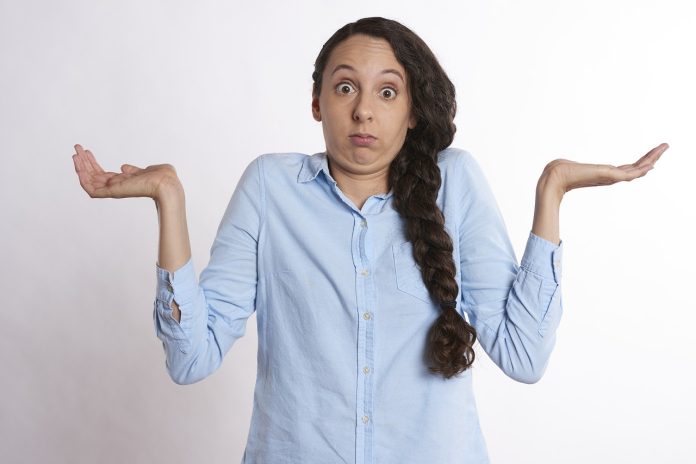 Some “news” media are just not very honest. I know, *nEewS fLaSh!* Others are downright deceptive.

Here’s the left’s Toronto Star division purposely — I contend nefariously, dishonestly — tying an Ottawa arson suspect to the truckers’ Freedom Convoy even while knowing — and three paragraphs in admitting — there is literally no connection. It’s sort of a case of Jussie Smollett-style “news” reporting: 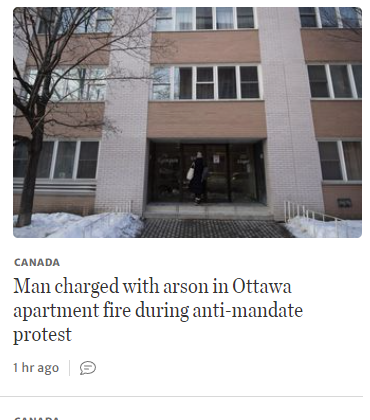 Here’s the part where they acknowledge one thing had nothing to do with the other. See if you can sort it out even though it was obviously quite confusing for the reporter and editors of the Toronto Star:

They say there is no information to suggest McDonald was involved with the convoy protest.

Here is a screenshot of that part of it so you know I’m not making it up even though you’d think I’d have to be:

So what’s with the deceptive headline? Well, I think it has to do with being partisan political hacks, as a priority, rather than being honest objective purveyors of actual news. Also not a *nEewS fLaSh!*.

The Star wasn’t alone, especially at the time it was happening. CTV “News” fell for it like Jussie Smollet’s biggest fans (Joe Biden and Kamala Harris among them). They made a mockery of themselves.

Anyway, as if to show you that the Star and the rest of them are out to lunch, or off on some kind of mission to deceive you (it’s the latter), here’s a few other takes today: 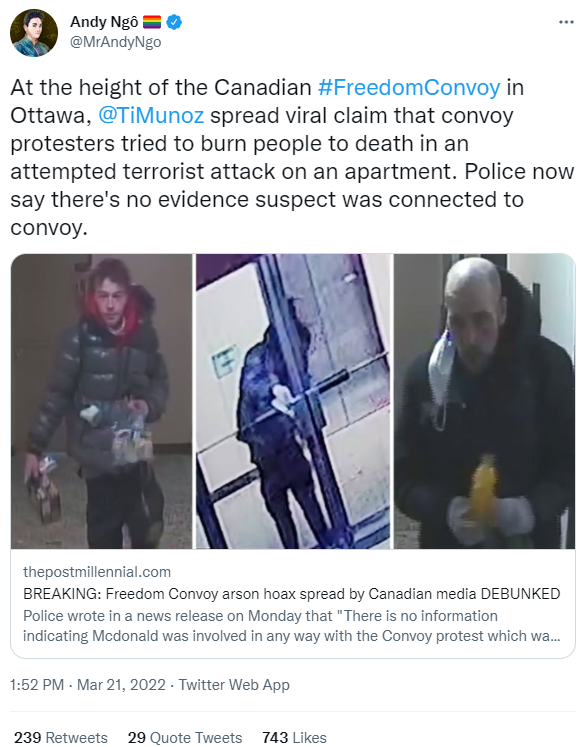 I do enjoy journalists calling out fellow journalists for their dishonesty, in this case doing it very gingerly, unlike me: 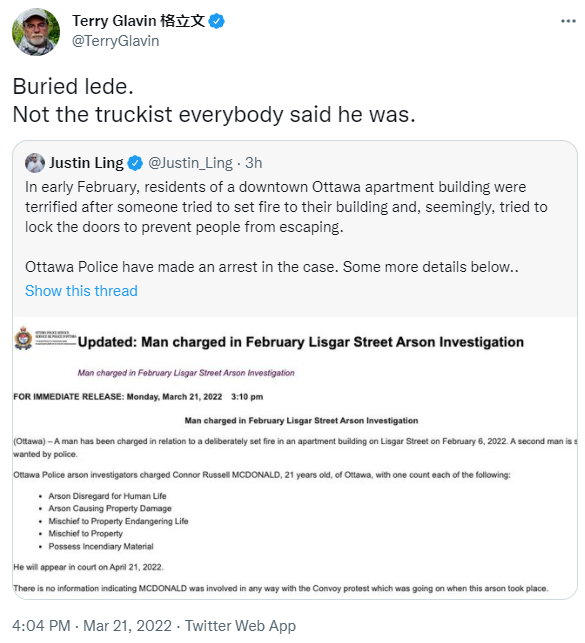 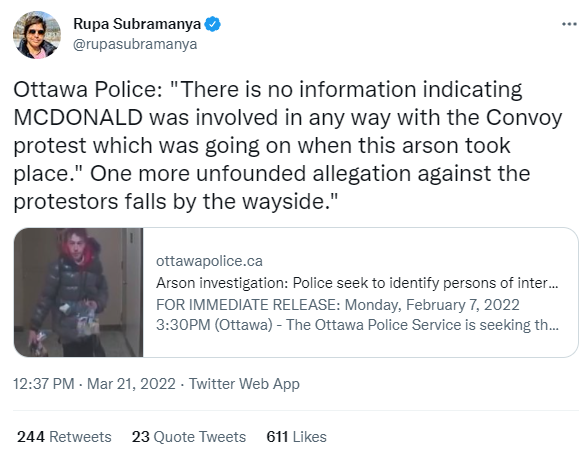 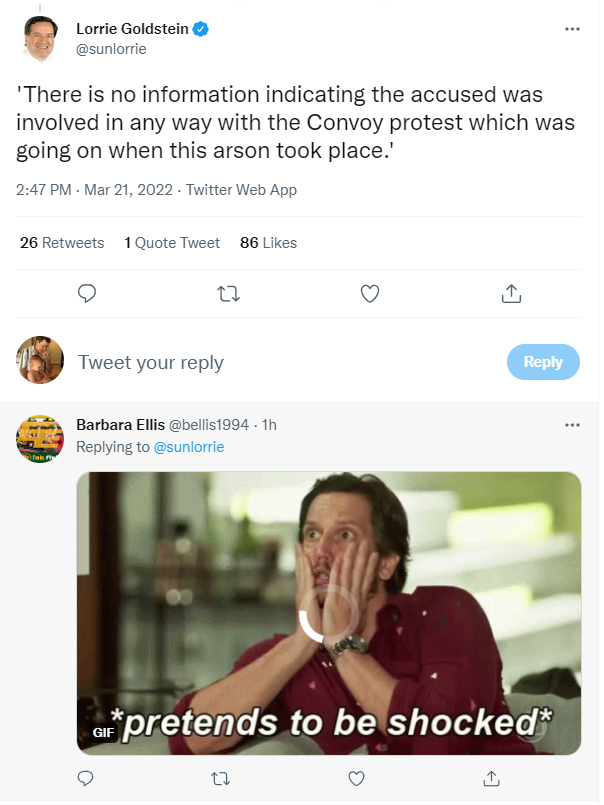 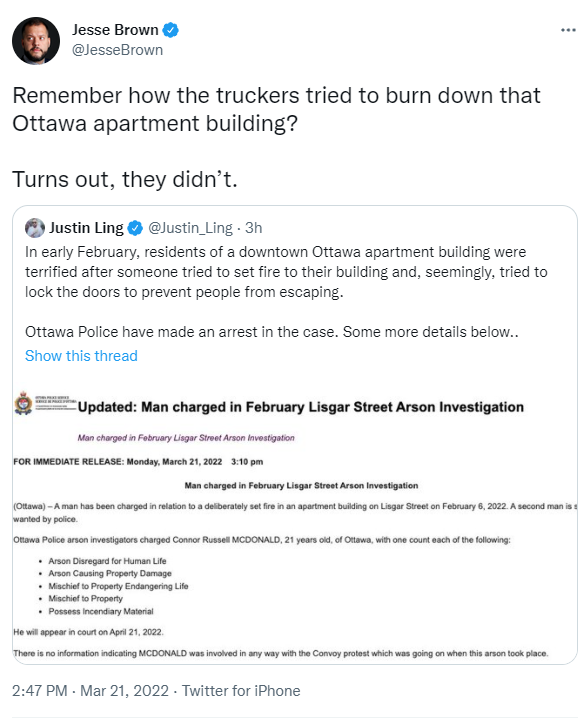 And finally here’s the liberalvision CTV “News” finally tweeting out the actual news after doing some of the worst “news” “reporting” I’ve ever seen in my life, during that Freedom Convoy. 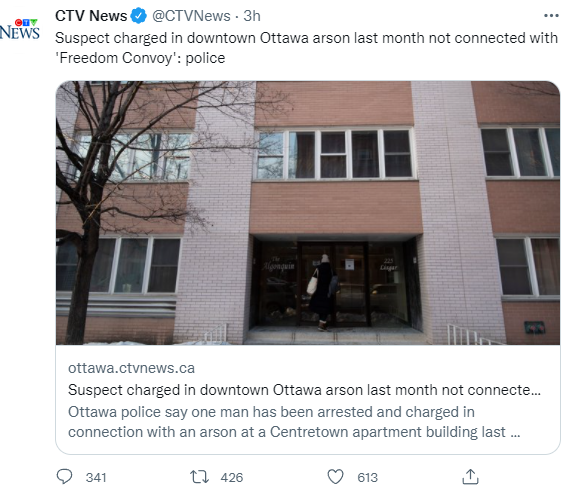