“Michael Beller, a contracts lawyer in PBS’ general counsel office, was recorded offering political opinions in what appeared to be a barroom conversation with a woman. It was released Tuesday by Project Veritas, a conservative group known for using undercover methods to reveal supposed liberal bias.”

And the funny thing is, this “supposed liberal bias” they refer to is literally what this story is about — by which I mean it’s not “supposed” in the slightest — it’s a full-on, horrid, radical, extremist liberal bias by a PBS lawyer. The Washington Post has made it even more shambolic by betraying their own liberal bias. Amazing. Not supposedly amazing.

Here’s what they’re reporting on. It’s all about an undercover video which captured a PBS lawyer (and apparent sycophant), whom the WaPost didn’t even quote in their story because they’re such dishonest brokers of the news, and because they obviously didn’t want you to know the facts, the truth, the context, or anything else that would hurt their partisan political side. In a news report yet! (I got the quote from another source):

“Even if Biden wins, we go for all the Republican voters and Homeland Security will take their children away…What do you think about that?…and we’ll put them in re-education camps.” —KWWL.COM

That’s some o’ that “supposed liberal bias” that the Washington Post news story explains that Project Veritas typically goes after. The source I got that quote from uses more fair, honest language: “It was released Tuesday by Project Veritas, a conservative group that commonly investigates stories outside the mainstream media.”

The PBS guy who wants the militia to take away Republican kids by force and re-educate them in government camps, also said President Donald Trump is “close to Hitler.” And we’re supposed to allow the irony of that statement to fly over our heads? Supposedly.

He also said this, which is, uh, newsy: when asked what he will do if Biden doesn’t win the election: “Go to the White House and throw Molotov cocktails.”

And like so many liberals, if you don’t agree with him and vote the way he does, you’re stupid. Actually, EVERYBODY there is stupid. This video could be called Bigotry Gone Wild.

Oh well maybe all those “stupids” (and that’s “everyone”) in those Republican-voting states and towns will get COVID. That would be “great.”

Why is that great? Because of what you thought he was going to say… they, hopefully, will die. Or at least get sick and will be unable to vote. 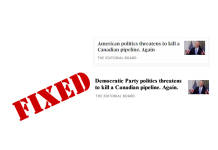