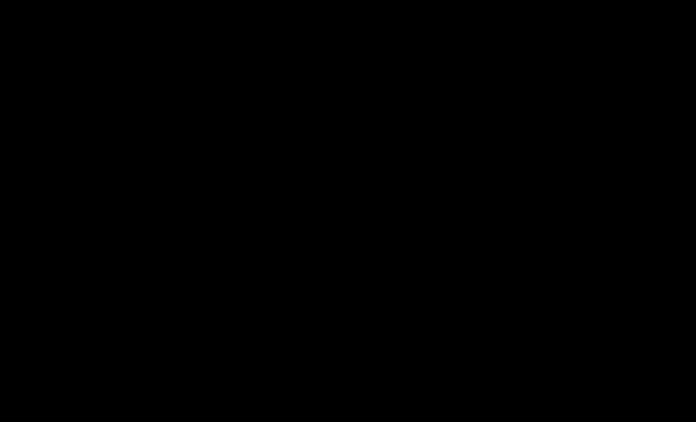 Remember this or be censored by government or their Big Tech divisions: China’s totalitarian Communist dictatorship, and all the world’s liberal-left governments and their World Health Organization idols in their U.N. division, instructed us in amazing unison that it’s “not called the China Virus!,” because… so racist. Sorry, I mean SO RACIST BAN HIM!!!!! (hoping I got the right number of exclamation marks in there).

The woke science of this is that it isn’t, somehow, the same for the Spanish Flu, or Lyme disease (named after the good folks in Lyme, Connecticut), or West Nile virus (that’s in Africa), or Ebola (a river in the Congo), or MERS, which stands for Middle East respiratory syndrome, or SARS (the South Asian variant of same). Although apparently, “Trump Virus” is totally OK to the ever-so thoughtful, compassionate, tolerant, and moderate left-wing leadership.

But we must be forgiving (of some select people) because now the news media editors are just confused, what with all the wokeness which is becoming the speaking and thinking law of the land, which has truly, finally, started to come to pass. This is thanks to their own benevolent efforts and the left’s own news media’s repeated invaluable lessons on how to behave properly according to their party’s correct messaging.

It was only a couple of weeks ago that I saw an example of this unfortunate confusion when I spotted some news media racists (sorry RACISTS!#[email protected]*!) as they headlined an article on Covid which included the obviously racist “U.K. variant” term. Which is weird, because it’s the “U.K. variant” of what is, nonetheless, and notwithstanding, the not-from-China “Covid-19,” which is, again, not the “China virus”, nor even the “Wuhan virus,” and certainly not the “Communist virus” or worse, the “Communist Chinese Government virus.” No none of that. But “U.K. variant?” Obviously a simple mistake by some rogue racist Trump supporter terrorist Nazi inciter. We should just be lucky the media didn’t have to report that their revered government “Health Officials” called it the “Limy White People Are Evil Virus.” Phew. Dodged a bullet there. (Bullets which, of course, should be banned). 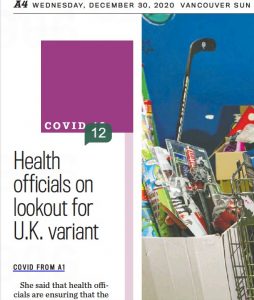 But now the racism is getting out of control. Now they’re also racist-ing against South Africans! I know there’s a lot of white Dutch people there so maybe it’s OK (or even social justice!), but there’s also African-Americans there! Oops I mean African-Africans! 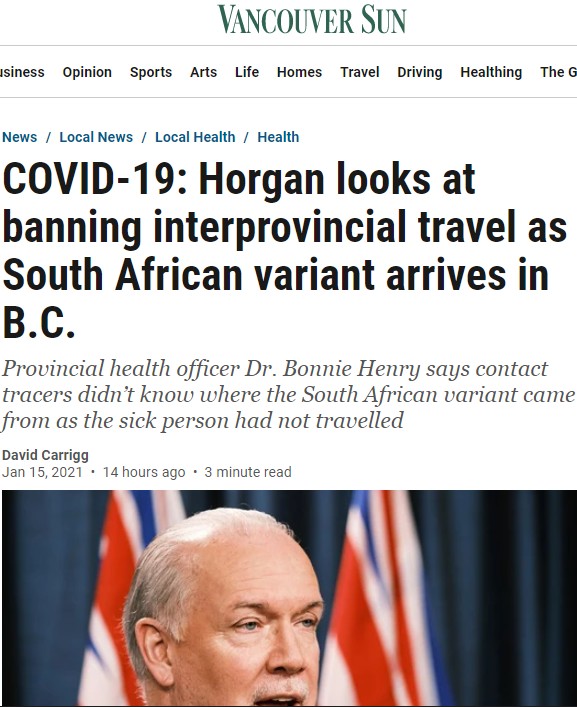 Not only is this term “South African variant” racist (duh!), but also, closing borders to those from outside said borders is racist, and there should be no borders anyway, because OPEN BORDERS!!!!, so this is, God, I don’t know, super-dooper racist and not progressive. And sorry for saying God.

I wish Twitter would just banish the news media racists, and Facebook should too, and Apple and Google should delete their apps and Amazon Web Services should throw away all their websites, because racism, and that closing borders thing. As we are now all very well aware, words are violence™. We know what must follow. We know from the mouths of our own leaders and lectures about “triggers” and “microaggressions” from the woke left, their academic divisions and their media divisions as well as their Democratic Party, Liberal Party, and NDP divisions. Censorship and deplatforming should ensue. Obviously. For our own good, as we are but helpless citizens. Of course CNN fact-checkers should confirm this first, but then after that, cancel.

Luckily this week I heard there’s a video of some liberal-lefty from PBS calling for a government-forced “re-education” of Republican voters’ children (hey like Orwell’s 1984 only more socialist, more totalitarian, and even more authoritarian!). Actual quote: “Even if Biden wins, we go for all the Republican voters and Homeland Security will take their children away…What do you think about that?…and we’ll put them in re-education camps,” he said. So I guess the BC government and their teacher’s union could take care of this situation in B.C. among its obviously fascist politicians and news media. But Marx, what a schlep this is going to be.

This could all change tomorrow. I’m just going by what they convinced us was a true social justice science fact —before they changed their minds on that science, and visiting Chinese restaurants went from being a sign that you’re not racist, to it being so deadly they weren’t allowed to stay open; and mask-wearing went from being stupid and greedy to being the law; and gathering in groups was deadly and literally killing people except it’s OK to protest with left-wing comrades and go out and vote in pure power-grab during a crisis elections; and crossing borders to go on vacation is evil and wrong and against government dictates except if you’re in the government in which case you can secretly go any damned place you please; and you must not open your business even if it means you and your family lose everything and go broke, but even the most useless government politicians and staff will all still be fully paid because “we’re all in this together”; and after calling us “racists” for saying “China virus,” they decided to call variants of it it “U.K.” and “South African” variants; and now that closing borders wasn’t racist at all but rather it is the cat’s meow. Not that there’s anything wrong with cats. Especially Persians.

Previous articlePaler not back yet; Gab can’t keep up
Next articleSupposed newspaper writes-up a supposed news story