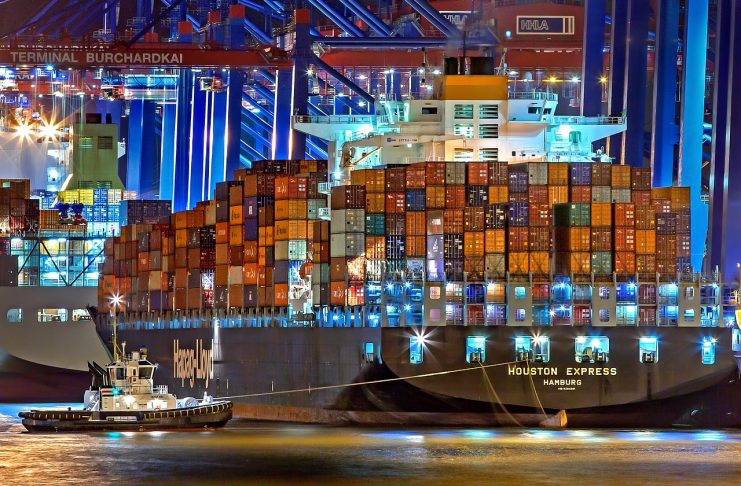 An informative opinion piece at the Wall Street Journal explains the bottlenecks in California ports that have slowed so much retail trade in the US and elsewhere recently, and which will hamper many a Christmas gift-buying spree. Meanwhile, in Florida and Texas, there seem to be few problems.

California Is the Supply Chain’s Weakest Link
Environmental and antibusiness regulations in the deep blue state are backing up port traffic.

…One barrier is a law known as AB5. Before its enactment in 2019, tens of thousands of truck drivers worked as independent contractors, which gave them more autonomy and flexibility than if they were employees. As contractors, truck drivers can work for multiple companies, which allows them to nimbly respond to surges in demand.

Trucking companies warned that the law could put small carriers out of business and cause drivers to leave the state. …

Another barrier is lack of warehousing, which apart from the usual liberal-left anti-business or anti-everything NIMBY-ists, is due to still other idiotic rules and regulations — mostly “green” or “environmental” mandates and red tape — drafted by people (all D’s) in government who have utterly no clue how supply and demand, retail trade, the free market, sales, or consumers work, nor how to run a business, and so have utterly no clue what businesses are up against. As long as they get their pet “green” or pro-union hobbyhorse in there, they don’t care what happens next.

So they know nothing about business or trade or commerce, but I question whether they know even the first thing about being “green” or thinking “environmentally” either, as some 100 massive cargo ships idle off California’s coast, waiting to load or unload:

This boatload of regulations is making it more expensive and difficult to store goods arriving at California ports. As the business letter to Mr. Newsom [presented by 20 California business groups] notes: “We have floating warehouses idling off the coast, wasting fuel. Inaction has—and will continue to have—far more of an environmental impact than the requests contained in this letter.”

Mr. Biden last month threatened to call out companies if they didn’t “step up” to ease supply-chain bottlenecks. He should instead call out California Democrats.