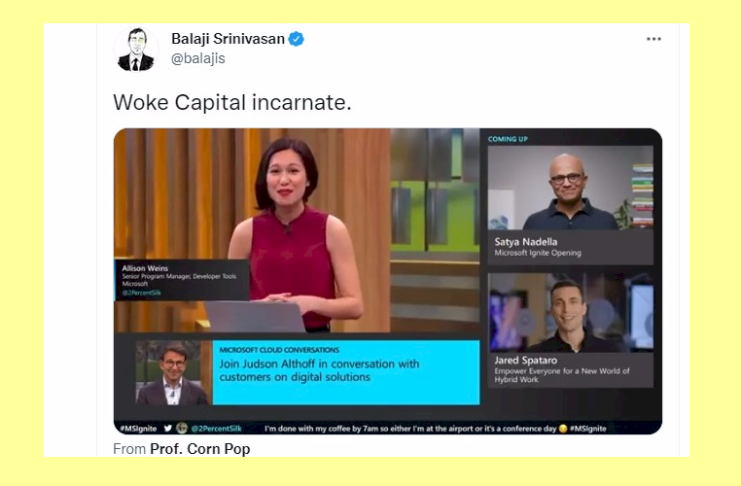 After seeing this woke bullshit…

…which is part of the thread below featuring another equally wokeidiot video), I am looking at alternatives to MS (and there are many to choose from).

Think I won’t? Yeah. Leftist Dems and the entire “news” media thought Virginia was another easy win for their yummy woke cult. Wrong. They switched because they hated the product.

Another case in point, and a good tip for the idiots running giant corporations these days: We renovated our kitchen last winter and bought some expensive appliances like this Samsung fridge with its built-in “Family Hub” internet screen, the mobile app for which Samsung 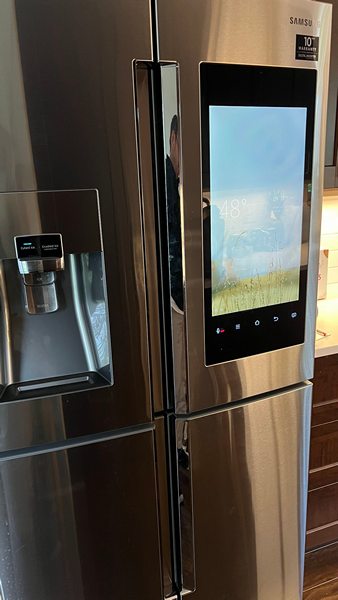 recently, um, “updated” (I can’t make those air-quotes giant enough). The update doesn’t propagandize with any “woke” bullshit like Microsoft and others now do (they’re Korean, after all, not from the increasingly decadent and self-indulgent or woke North America), but it does piss me off.

Before the update, we could not only go to the supermarket and use our cell phones to see what’s inside our fridge with its three interior cameras (this turns out to be a totally, TOTALLY useless feature which is vastly oversold by Samsung), but we could type (or even speak) on a shopping list on the fridge and review (add to, check off) our shopping list and using the app wherever we were — at home or, say, if we were to find ourselves lined up for bread at a state-run food purchase center in socialist Cuba (it’s Friday, I can joke).

After the “update”: useful apps disappeared, and the most useful feature, the access-anywhere shopping list and its ability to cross off items, is gone. No explanation. Various internet discussion forums are full of pissed-off “Family Hub” customers who spent a fortune on this fridge for its advertised usefulness, but Samsung doesn’t care. They don’t even acknowledge the problem. Or rather they do by their silence, which is really even more annoying and insulting. I’d almost rather hear their sexual preferences or pronouns than nothing at all.

So when I needed a new phone last month to replace my now well-worn Samsung Note 8, I replaced it with an iPhone 13 Pro Max. Couldn’t be happier.

Think others aren’t doing the same? And think this won’t make a difference because we’re just a tiny drop in the bucket, and all that? Really?

I bring all this crap up because it actually does have an effect. The free market does work, whether in consumer goods or politics.

Did you think Virginians wouldn’t switch their votes from a Democratic Party establishment figure to an unheard-of Republican for governor? And that Seattle would elect a Republican City Attorney and trounce their woke leftist mayoral candidate?

Anyway, I hear Apple also makes a computer product line including software that rivals Microsoft, and you don’t even have to declare your pronouns when you log in.

Load more
Previous articleThink Alberta leaving and joining the USA is far-fetched? Look at these Oregon counties
Next articleSupply Chain Bottlenecks in California blamed on Democratic rules and regs