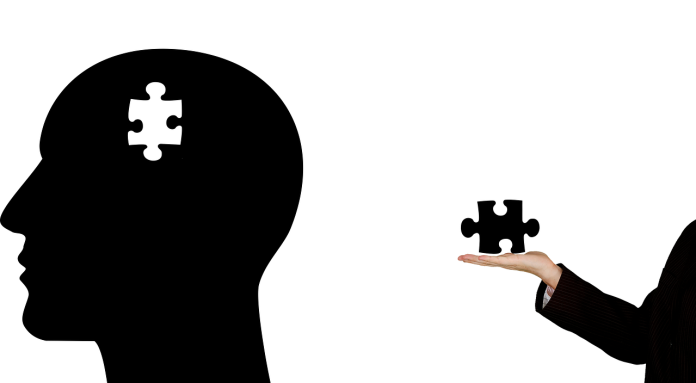 Progressives are acting like conservatives when it comes to healthcare in Canada. Progressives, not conservatives, want to maintain the status quo — the state-funded and state-run government monopoly healthcare system. (Oh, I think maybe I just explained my own conundrum with that “state-run…” thing… but I already bought the web space so allow me to carry on).

It is the conservatives’ job to stand athwart needless or risky societal changes and yell “STOP!”, to badly misquote a famous conservative of yore. Yet this is what the progressives are doing …well with this important differentiating caveat: unlike conservatives, progressives want to maintain the status quo or slow its change… FOR NO GOOD REASON WHATSOEVER… except to abide by their political philosophy and ideology. The words “needless” and “risky” have been tossed aside, and they are really just squatting athwart a big pile of poo.

And why would any self-respecting human want to do a thing like that? We have to think about why it is progressives are behaving this way. I mean every objective observer knows that a wholesale change must be made in our failed decrepit North Korean-style healthcare system. Radical change. Immediate, radical change. No not immediate — it should have been started twenty-five years ago or more. And yet there they are, protecting this failed system against all reason and logic and all data and proof, often from within their very own circle of sick or suffering family and friends. And despite the suffering and deaths of more and more Canadians outside of their circle of supposed love and compassion.

So it’s not logic or reason that is driving them. Clearly. Not data. Not anecdotal evidence either. And it’s not their purported political identity or ethos either. So what is it? Political parties and members can be stubborn and resolute, I grant you. But this behavior requires a different explanation. In the absence of logic and reason or even plainly obvious evidence, I’m afraid amongst progressives, at least as it pertains to Canada’s healthcare system, it is more reminiscent of cult behavior. They believe in this thing — they have this odd intractable, irreducible faith — in a system that has, to all objective eyes, failed in almost every regard: failed in terms of healthcare outcomes, failed in terms of cost, in terms of trust, efficiency, innovation, and even in terms of “customer” satisfaction — it has failed in every regard, really. Lives are literally at stake, and still, they persist. They believe, no matter what. No matter how unsensible, no matter the grievous harm it presents to fellow Canadians.

Conservatives have (or should have otherwise it’s not really conservative!) legitimate reasons for wanting to slow or stop change, or alter major policies. Usually, it is to protect against that which hasn’t really been tried or tested. Or it is literally needless, and therefore risky, costly, or just plain stupid (or all of the above). Or it is to maintain an honored (honored for good and logical reasons) historic or traditional idea or institution (take marriage, as an example). Or to maintain an inherent culture or way of life that we value. They also slow or stop the push by progressives to increase the size of government, its power, its cost, its control over individuals, and its ever-increasing overbearing authoritarianism and totalitarianism over all of what should be a free society with God-given (not government-given) rights.

But here we have conservatives taking on the progressive role, in this healthcare example. Conservatives are the ones who want to actually move ahead with good bold new ideas. And I’ll add that true to conservativism, the push to move ahead with new ideas is based on that which has been tried and tested and proven effective. A set of ideas that, in this case, saves lives and makes life better for more Canadians. And, also sticking to their political principles, it doesn’t increase the size of government, nor does it cost taxpayers a red cent. In fact, it may save taxpayers money and reduce the size of government, while achieving all those great and greatly improved outcomes. Their push to rethink healthcare in Canada also increases options and choices and healthcare outcomes. (Newcomers to the concept of private enterprise and capitalism and freedom: these are some of the many features! Give it a try! You might literally live longer and healthier lives, and for less cost! And be richer! And freer! And happier!)

So really, maybe you could say conservatives are just doing their thing. Which ruins my headline yet again. Progressives, though, are not. They are acting against type. Except for the “state-run,” and the “state-owned,” and the “government monopoly” parts. They’re very ambitious to keep the faith in that regard. (Again with my headline getting wrecked.)

And therein lies the problem.

The most troubling thing is that I think for the progressives, it’s largely about saving face. And saving face is a really bloody awful reason to allow people to die or live with pain, or suffering, as so many literally are right now because of their beloved government monopoly healthcare status quo. I think progressives also fear (or know?) that moving on and progressing — as conservatives ironically advise you to do — and allowing private enterprise to do its thing in a more natural, organic free market environment, will put paid to the very flawed basis of their progressive ideology: ie., that it flatly doesn’t work (and my inner narrator is saying, “and here is yet another example of how it doesn’t work”). And the converse is true as well: it’s a tacit admission that the conservative ideology is better, at least in this regard.

But this disgraceful face-saving actually causes suffering and death. It demonstrates the farce behind their “party of compassion” trope. And that is, therefore, an additional utter failure all its own. (Squatting athwart a pile of poo will rarely result in a good look.) Or maybe it’s even worse: this way of thinking, if you can call adherence to a cult or greedily saving face to elevate your philosophy or ideology thinking, may actually be dangerous to your health and your life, and to all of ours.

It’s not without reason that they don’t want to admit to this pile of failures.