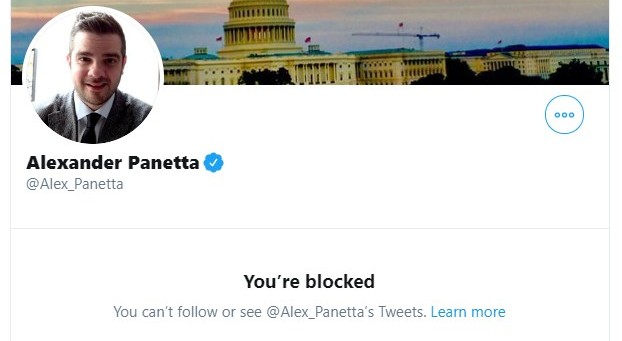 “Trump just said the US has a lower mortality rate than almost all other countries. (In fact, the US rate of deaths is nearly triple Canada’s, even for population size)”

I replied:
“What part of “almost all” did you not hear?”

Panetta then replied to me:

“In response to Joel, I have not examined the other 150+ countries with data. I have compared the numbers with 1 country – Canada – and, in the case of the 1 country I’ve checked, the claim is false.”

I replied:
“Ridiculous answer. ‘Almost all’ was admittedly a poor term, given that only about ten countries have worse rate per mill than the U.S. But to compare with only Canada and claim it as false, is also dumb.”

Then he blocked me.

His logic is that the words “almost all” can be ignored if he damn well feels like it, because reasons. For him the benefit of ignoring those words or redefining them is that he could then twist the news — the record of history — into a narrative of his own making. Which is what he did. “False,” he claimed, as a result. “Almost all other countries” means utterly nothing to him, and he presumes to literally translate that to “compared to Canada only,” which by that definition, Trump is lying! Which is not news reporting, it is, well, something else. Something ugly.

If Trump had said “better than Canada,” Panetta would have a solid point. But the word “if” is doing a ton of work here.

Thus, it was in fact a ridiculous answer. It’s a patently stupid excuse. Panetta’s got absolutely no ground to stand on. False reporting. Bad reporting. Bad excuses. Bad temperament in reflexively blocking me. Bad everything.

Panetta clearly doesn’t want anybody to see common folks criticising him on Twitter. So I imagine he blocks every person who defies his “reporting” and calls him out on his mistakes so nobody sees it. What a guy. What a state-owned operation they’ve got going there. So glad I’m forced to pay for this garbage.

Here’s all the remains of the the thread:

What part of "almost all" did you not hear? 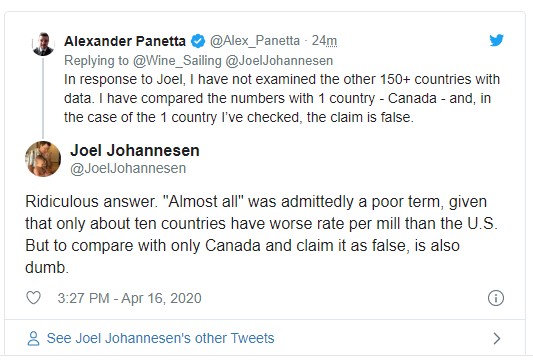