Home Columnists Joel Johannesen CTV spins a web of faux freak-out on Trump. Again. This is... 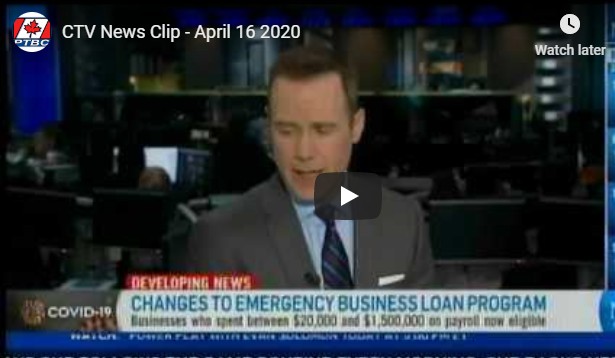 CTV News is working hard spinning facts in the latest FAUX OUTRAGE OF TRUMP theater of the absurd.

President Trump answered a question yesterday regarding the reopening the US/Canada border. It was clearly forward-thinking, and aspirational. And clearly about the U.S. border, not the Canadian border (isn’t this obvious? Apparently not to these lugs in the news media). CTV makes out like he has already “ordered” it, starting tomorrow, and that it would be unilaterally done — as in both directions — by the U.S. president with no input from Canada, and implying that it has anything to do with Canada’s side of our border.

But let’s watch the clip. Listen carefully and you might hear: “We’ll talk about that.” “It will be one of the early borders to be released.” “We’ll see.” “At some point we’ll be doing that.” “But with Canada we are talking about different things”:

How CTV gets, from this, and I quote, “this whole notion of reopening the border with the United States” as an imminent dictate that has been ordered by Trump to be done starting tomorrow, or “soon,” or “unilaterally,” is pretty wondrous. But that’s what they did.

Watch as CTV news anchor Todd van der Heyden spins this into an imminent threat where none exists. This is fake news in action here folks:

CTV News anchor Todd van der Heyden: Canada is pouring the idea… the cold water on this whole notion of reopening the border with the United States. It comes after President Donald Trump signalled that he wanted that to happen! Trump specifically said that Canada’s dealing with the COVID-19 outbreak was going well, our deputy prime minister Chrystia Freeland had a different take on it, saying that that’s not going to happen any time soon, AND, it’s not the United States that will be making any decision unilaterally on the shared border! Listen to this. [tosses to clip of Freeland answering a question cast in the same false manner, framed as if it’s imminent and final and a real thing.]

Trump never said anything about “unilateral.” So why did the CTV anchor and Freeland both see fit to include that word? Also, Trump controls the border into the U.S., and allowing Canadians into the U.S. is not Canada’s decision, “unilaterally.” Did they not think about that before freaking out? Do they really think that Trump can order Canada to open its border and allow Americans in? Unless Canada wants to prevent Canadians from leaving the country, North Korean-style, Canada has no control over the USA’s border. Clearly, Trump’s notion of opening the border (“at some point” – !!!) refers to the entry into the United States, not into Canada – although there will no doubt be thorough discussion regardless, “at some point,” and as usual, this is a ridiculous nothingburger designed only to rally the troops behind Canada and to hate on Trump and America.

CTV sure can spin facts into pure bull. And if you think the state-owned CBC has done better on this story, the latest episode of fake outrage against Trump, think again. It’s not good news. And it’s an ugly Canadian look.

Reporter: (43:34)
Thank you. Mr. President. About reopening the country again, you said along with other nations, what form would it take? Are you considering also relaxing the border between Canada and the U.S.?

Donald Trump: (43:47)
Our relationship with Canada is very good. We’ll talk about that. It will be one of the early borders to be released. Canada’s doing well. We’re doing well. We’ll see, but at some point we’ll be doing that. In the meantime, nations that are heavily infected … We have a lot of nations that are heavily infected. Some are getting better, some are still on the way up, unfortunately. We’re keeping very strong borders with those nations, but with Canada, we are talking about different things.