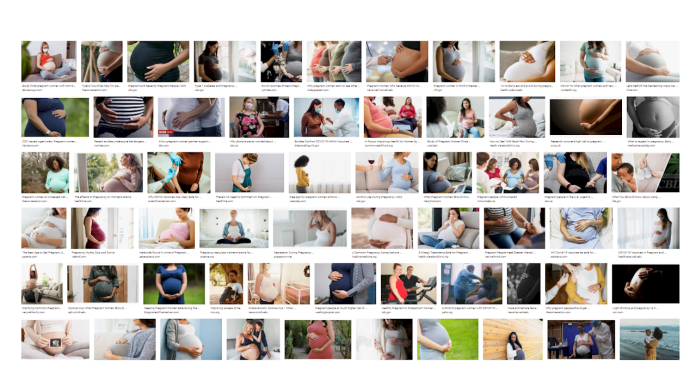 The headline in the state-owned CBC article is risible, inasmuch as the only people who get pregnant are women, as all normal people — men and women — know. They could have said “pregnant women,” as the WHO did in their report (see below), but no, the CBC knows better than, well, anybody — even their beloved World Health Organization. And dammit, they will instruct you on how to think, speak, read, and get woke, baby! Especially as it pertains to the woke gibberish surrounding babies and baby-making!

They went ahead and changed the words to align with the woke idiocy regimen they have established for themselves. 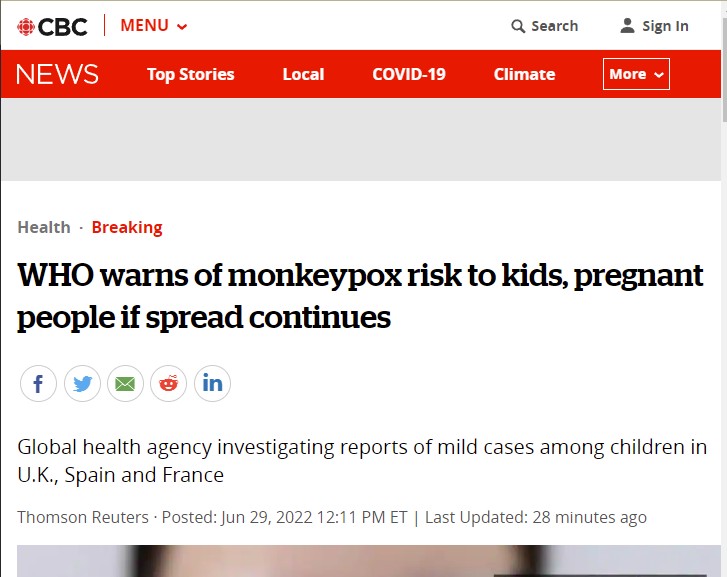 Sure, I guess you could argue women are people. But that’s not really the argument.

Here’s the part of the Who report, from the Who website, in which they refer only to “pregnant women”:

The Committee considered that the occurrence of one or more of the following should prompt a re-assessment of the event: evidence of an increase in the rate of growth of cases reported in the next 21 days, both among and beyond the population groups currently affected; occurrence of cases among sex workers; evidence of significant spread to and within additional countries, or significant increases in number of cases and spread in endemic countries; increase in number of cases in vulnerable groups, such as immunosuppressed individuals, including with poorly controlled HIV infection, pregnant women, and children; evidence of increased severity in reported cases (i.e. increased morbidity or mortality and rates of hospitalization; evidence of reverse spillover to the animal population; evidence of significant change in viral genome associated with phenotypic changes, leading to enhanced transmissibility, virulence or properties of immune escape, or resistance to antivirals, and reduced impact of countermeasures; evidence of cluster of cases associated with clades of greater virulence detected in new countries outside West and Central African countries.

The UN’s WHO division (or should I call it China’s UN’s WHO division?) doesn’t play the woke idiocy game. That may be just about the only redeeming feature of this outfit. Here’s their info on women — women! — being pregnant, and “Covid” (so-called “Covid”, as a result of appeasement to Communist China, for some reason): 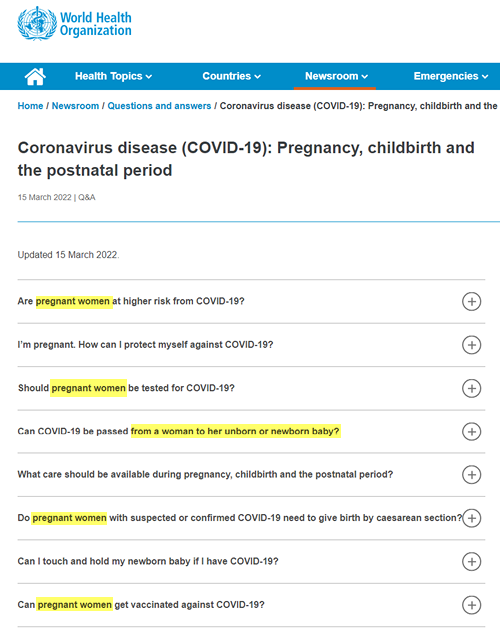 The CBC has its own way of explaining science to Canadians  — they change it to woke! It’s weird and inconsistent as hell (they refer to pregnant “women” as opposed to “pregnant people” here, here, here, and a thousand other articles), although that could be because of a lack of taxpayer funding (hahahahahaha that was obviously a joke). We know where the state-owned CBC is getting its marching orders from: their masters (oh shit what’s the woke term to replace “masters”?) in the Trudeau Liberal Progressive Woke Industrial Complex.

For example, in contradistinction to the WHO, here’s the government of Canada’s “Covid” website (the government of Canada, remember, savors every word about the science of “Covid” from what they consider to be the sacred WHO) pertaining to vaccines and women who get pregnant… or those creatures they repeatedly refer to as “people who get pregnant” (it’s almost as if they’re trying to make a point!):

Safety during pregnancy and breastfeeding

Vaccination is an important part of a healthy pregnancy, with health benefits for both the pregnant person and their baby. …

The National Advisory Committee on Immunization (NACI) recommends that people who are planning a pregnancy, pregnant or breastfeeding get a:

Let me interrupt this lesson in the left-wing woke ideology cult to remark that they edited this article extremely, um, “hurtfully” — nay, “violently!” — and are harming all the men out there who are having babies and breastfeeding. It’s called CHESTFEEDING now, you transphobic fascist Neanderthals! Science shmience! Anyway… some more:

Pregnant people can safely get vaccinated against COVID-19 at any time during pregnancy or while breastfeeding. …

COVID-19 vaccination is strongly recommended for people who are planning a pregnancy. Those intending to become pregnant don’t need to delay pregnancy after vaccination with an mRNA vaccine.

It goes on like that. You’d think you left planet Earth and landed on another planet called Planet Nutbar, or you’ve been kidnapped and brought to a cult meeting. And you wouldn’t be far off from the truth actually. This is the world of today’s “progressive” politics. Vote Liberal! Get more of this! They call it progressive!

I mentioned inconsistency: in the same article, they then bizarrely make a sudden — and it’s really, inexplicable given the context — reference to “women” and “men,” which I’m thinking was an editorial error, and somebody will have to go to woke retraining camp (Camp Justin?) or something.

Millions of people have received an mRNA vaccine in Canada and around the world. Data has shown no evidence that COVID-19 vaccines cause fertility problems in women or men.

I thought they (you know, peoplekind) erased “women!” And “men” too for that matter. But you know, I guess sometimes the importance of the dissemination of your cult or your ideology dictates that you speak in terms of actual science and tell the actual truth, and, especially when you are so anxious to push vaccines on “pregnant people,” a little truth leaking out is worth it for the cause. And let me assure you: the “cause” is not science.

Previous article
The most disgusting thing ever thought of by humans. That’s abortion.
Next article
Some guys and gals like Dave Portnoy and Kamala Harris are “bro-choice”