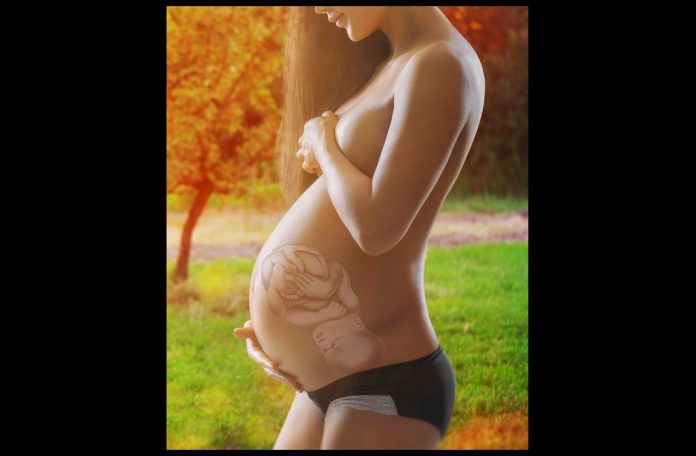 Are you like me? Are ya tired of this yet?

The Supreme Court’s Roe vs Wade and the Dobbs decision is getting overcooked, but let’s have one more go.

I’ve been persuaded by legal thinkers from both the right and left that the decision is legally correct; and so it is a positive from a strictly legal perspective, whatever you or I might think about abortion itself. Yes, as I’ve said literally a dozen times or more on these pages, I do believe abortion is (here we go) the most disgraceful, most disgusting thing ever thought of by humans. It is first among the vilest and most grotesque “medical” “procedures” you can possibly imagine as a human being. It’s not about “healthcare” it is about killing. I’ve come to see abortion as the killing of innocent, individual bodies and souls of human life, quite clearly against “their” will, and painfully so, and not least, it’s most often done for no good reason aside from the purely selfish. It is the arrogant, open display of utter disregard for what is simply the most amazing miracle of life. Of life itself.

Oh yay, I got that out of my system again.

There are also other ways of looking at this issue besides just the legal, or “when life begins.” It is about more than the act of abortion itself or the law.

It’s also a question of what leads to abortion that has concerned me. The casual, the careless, the arrogant, the irresponsible, and the thoughtless attitudes and actions that have led to what has so easily been the now countless millions of abortions.

I’ll say this much about my personal life: these are the feelings I developed in my later, more mature, more learned, more adult years. I don’t hesitate to admit that in my younger days as a pubescent boy and even as a young man, I had some of the very attitudes and habits I find so disgraceful today.

I’ve gone back through my life and recalled my own escapades and faults and follies, and it’s not all pretty. I now feel a little like a grandpa yelling at the sky about how “kids today” are so stupid and immoral, and of course, kids need to get off my lawn. But my sojourns into my past have had one good result: it has reminded me that back in the day, what we now in the 2020s casually call “hooking up” (which is a pretty grotesque description considering the majesty of and miracle of life), we sometimes called “making babies” at least in some polite quarters like mine. It was a useful terminology because aside from being super cutesy, it reminded us both of what it was we were actually doing, even if it didn’t really (or at least we didn’t really intend it to) result in actual baby-making. (I do concede that maybe I just belonged to a particularly cute clique, and nobody else — like the cool kids, or the so-called sluts or cads — referred to it that way, preferring the more base F-word instead. Super cool, man.)

She has one of the smartest takes on this aspect of the subject I’ve seen, using Barstool Sports’ Dave Portnoy as an example (of sorts). If you don’t know about Dave Portnoy, read up on him quickly. I used to kind of admire him, but then he got tangled up in allegations by more than one young woman about some sexual ugliness. Real ugly. He has as much as admitted to his sexual conquests, seemingly without much contemporaneous shame, arguing now only with regard to how much of the allegations are true.

I knew guys like Portnoy as a younger guy and as I matured (to the extent that I’ve matured which some would argue is not very much). I thought those guys were idiots. Jerks. Pigs. Animals more than men. I hated them. They thought they were cool, but most of us thought they were total assbites. They embarrassed me and most of us. They made men look bad. Gave us all a bad name. They wrecked it for all of us.

In Madeleine’s view, it’s not about where or when life begins, or about the picayune details surrounding the legality or constitutionality of abortion, nor even about the religious aspect of abortion (which far too many on the left believe is the main impetus —or even the only impetus — behind those of us who reject abortion — it most assuredly is not). I’m sure she has good points to make on those aspects as well, but here she refers to the more base or primal instincts and makes a huge and important point.

Madeleine hits on the hookup culture that has been created in the era of Roe, and what, in her estimation and mine, is, as a result of the Dodds decision, a forced turn toward the thoughtful, the fairer, the more decent, the more responsible, the more moral; and away from what has become a quagmire of irresponsibility, the devaluation of life and of the intimate aspects of a woman’s life, of dignity itself, and so much more. She describes this hookup culture — again using Portnoy as a negative example — and coined the term “bro-choice,” describing that ilk and that attitude — and a better term for it I would challenge you to find.

Portnoy’s strong feelings about abortion are representative of men who pursue commitment-free sex and are thus beneficiaries of Roe. And some women seem to share these feelings. The other day, Vice President Kamala Harris said on CNN, “If you are a parent of sons, do think about what this means for the life of your son and what that will mean in terms of the choices he will have.”

When I heard Kamala Harris saying that I nearly fell off my chair. Never giving up an opportunity to say the quiet parts out loud, Harris as much as admitted (warned, actually) that the whole point of free and easy abortion was that it allowed people — boys, in her example — to flout their responsibilities as human beings — as men — and shag (hat tip: Austin Powers) as many girls as they wanted without regard to consequences. No responsibility is needed, no concern for the woman (or, God knows, the child), and no repercussions will ensue — so long as you are allowed to just kill the baby should one magically appear out of nowhere for some weird reason as a result of your actions which you knew full well is designed for just exactly and precisely this result.

Harris uses these important, positive human attributes… as negative values! As things that are bad and which you’d want to avoid! This, from a supposed leader in government. From someone who is supposed to be a paragon of sorts about whatever is the national sense of virtue and responsibility, among other positive social strata.

For decades, women have been duped into devaluing the price of their intimacy. Once, the default was to deny sex until a woman’s long-term interests had been guaranteed; then the default became to go along with it, bearing the full weight of the associated risks and responsibilities. Unsurprisingly, that has suited many men just fine. Now some women are reconsidering. Insider reports that, in response to the overturning of Roe, “some in Gen Z [are] reevaluating their relationship to sex, intimacy, and hookup culture.” Good.

The Babylon Bee came up with an instant classic about this issue, which I think even some of the bro-choicers would appreciate for its humor (though not the national disarmer Kamala Harris): 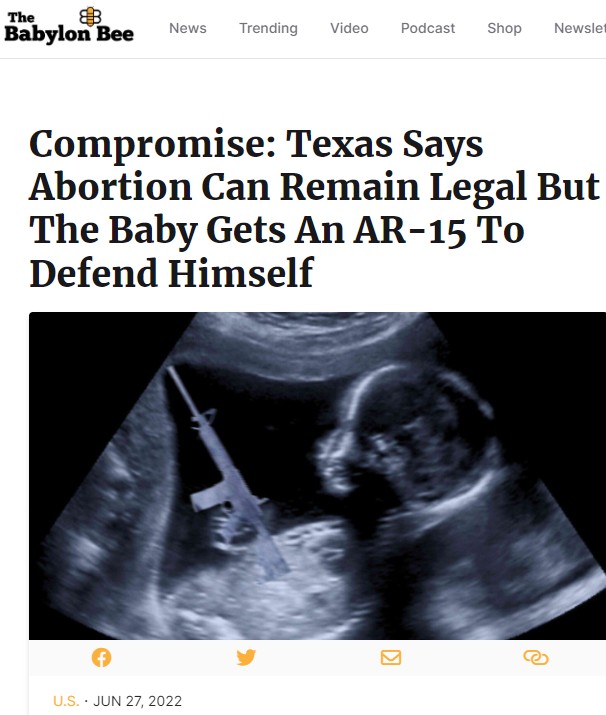 You should read Madeleine Kearn’s piece.

Previous articleState-owned CBC changes WHO’s wording from “pregnant women” to “pregnant people”
Next articlePatrick Brown out of CPC race; engages in scorched earth tactics to kill the party he wanted to lead