It wasn’t what the idiot Liberal cabinet minister said that bothered me so much. I mean maybe she was singing that song in her li’l noggin, poor girl. And she later clarified that no, the Taliban are not so much her “brothers” as, you know, “terrorists.” But you know the old expression, brothers, terrorists; shmothers, blerrosists.

What saved her? Who saved her? Two people tried, I think. Her boss, Justin Trudeau got on the horn after he saw her idiot video, and mansplained the clarification she needed to make, in what you might call a she-rescue or something, possibly. She is Canadian Women and Gender Equality Minister Maryam Monsef, Liberal. 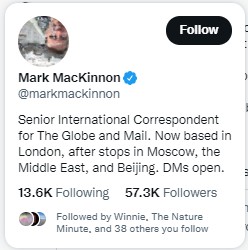 But it was the “journalist” from the Globe and Mail who caught my eye more. After the idiot “brothers” remark was made by the cabinet minister from a country fighting the Taliban with our blood and treasure, and the huge negative reaction rightly ensued, this supposed journalist did what many journalists do today if the politician is the right flavor of politician: he ran to her rescue (!) as if he were an employee of the Liberal Party. This, instead of calling her on it, which is his actual job as a journalist.

It was a twist on the more usual “What Presiden Biden MEANT was…”, or “What the Prime Minister was trying to explain if only the ‘Cons’ had let him, was…”.

Maryam Monsef just referred to the Taliban as “our brothers.” She surely sent MacKinnon a box of chocolates. Laura Secord, natch. As did Justin Trudeau and Gerald Butts. And maybe others in the “news” media sent him some too. And other Liberals likely did as well. For example, Cabinet Minister Catherine McKenna “Liked” that journalist’s tweet. So did Liberal MP Omar Alghabra and more than 900 other bros. 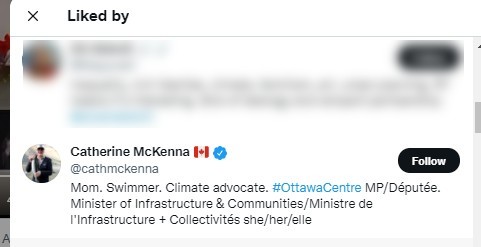 But others saw through the blatant sycophancy (to say nothing of the horrible, decrepit foreign policy, and the horribly harmful strategic gaffe that comes of this public kissing of this enemy’s ass): …To which Mark Mackinnon replied with crickets.

We see them doing this in the U.S. all the time, on Twitter and in “news” “reports”; we also see those journalists doing this while covering their delicious U.N., like whenever somebody there makes some Marxist, anti-Israel, anti-America, anti-freedom, or anti-capitalist remark, or some other equally idiotic remark. “It didn’t translate well from Iranian, but what he meant when he said ‘All Jews are dogs and must die’, was…”

We do sometimes have a hard time understanding what politicians are saying. Half the time they’re talking in French or speaking flat-out gibberish, or Wokelish, or in word-salad nonsense, after all.  What we don’t have a hard time seeing is through the bullshit put out by journalists.

P.S. The fallout continues apace. I like this one:

As a Canadian who moved to this country as an Afghan refugee, I want to be very clear, there is no cultural context in which calling the Taliban “brothers” is acceptable. Words carry meaning, and meanings imply moral positions.#cdnpoli #Afghanistan #Taliban #maryammonsef https://t.co/P0D2ufB8e3