Home Columnists Joel Johannesen Parlez-Vous? Are you a conservative? Then maybe you’re not allowed. 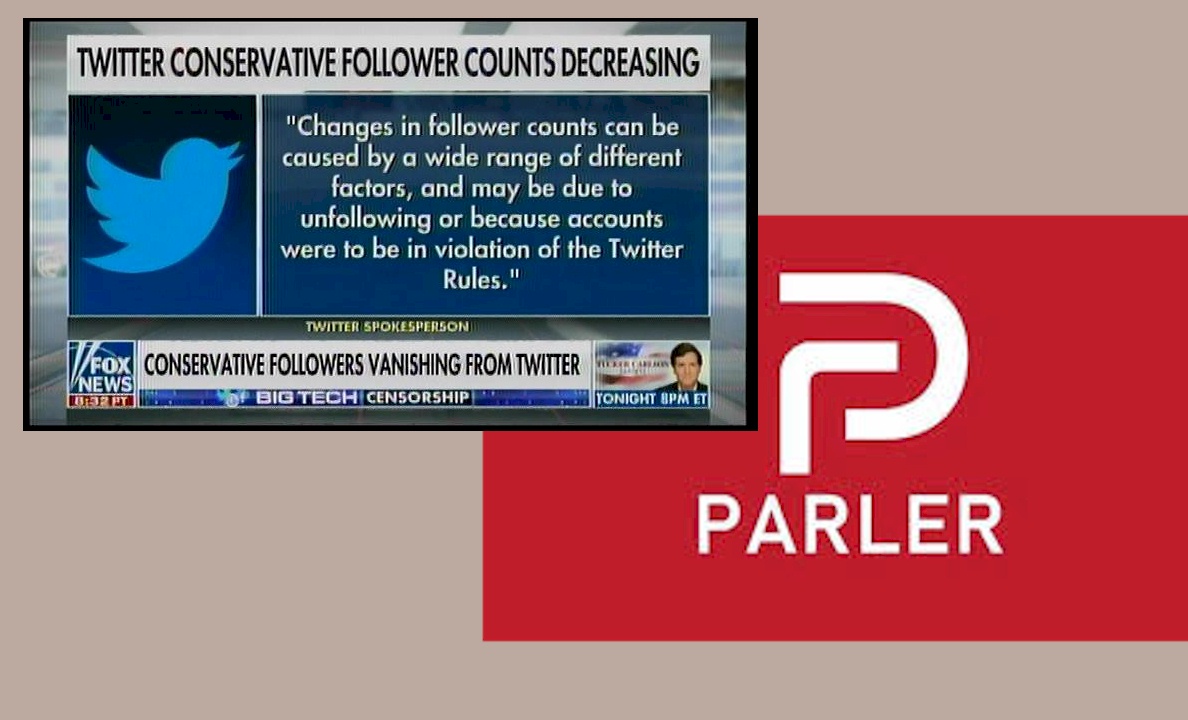 Parler.com, the Twitter alternative and nascent competitor favored by those who don’t enjoy biased censorship against conservative speech while they (Twitter) allows communists and dictators and Ayatollahs to tweet at will, has been banned from Amazon, Google, and Apple. This renders them as pretty much dead — given the sad state of competition in America and the West today — and the apparent lock-step action of the ardently left-leaning (or full-on left-wing) Big Tech monopolies.

That’s some serious collusion right there — collusion with, I strongly suspect, the Democratic Party, their brothers and sisters (sorry for the use of those naughty words, because Nancy Pelosi and her Democratic colleagues literally banned the terms “brothers” and “sisters,” “mother” and “father,” etc., from Congress last week) in the news media, and the other tech firms which bought those politicians, and which all share the same left-wing ideological fervor.

Collusion is the only word for it.

Collusion aside, because, thanks to Democrats and the aforementioned cohorts that term is fraught with cheap and fake politics and has been rendered an embarrassing joke (or at least they should be embarrassed), there are some actual laws on the books which govern this sort of thing. Antitrust laws. Illegal collusion between massive corporate giants who all toe to the exact same political line in this case, and act in apparent unison — against a competitor. The fact that the competitor, Parler, also maintains a, shall we say, “non-aligned” political point of view (i.e., they refuse to suck-up to Democrats and their left-wing ideological group-think and censor people on political ideological grounds) makes it all the more serious for democracy, which they on the Left all pretend to care about.

This will test the level of seriousness, fairness, and blind legal justice chops of the new Biden regime’s justice department. They pretend to care about “social justice.” Prove it.

And the politics. Oh the politics. You don’t have to play “imagine if this happened to a Democratic Party-loved firm — like Twitter!” to imagine the swift action that would be employed by the Biden White House justice team. So this is a test. Should they fail the test (and so far they have, in spades, but I’ll give them another day), expect to hear exactly nothing about it in the establishment news media. Which is yet another problem.

Aside from all of that, there’s a serious moral implication to all of this. It’s wrong on this level too, obviously. And all this big tech corporate censorship and corruption and collusion — immorality — is fueling the fire; it is really just piling on to the perceived grievances of those who are already so hot, and the result of this action will be worse than useless — it will almost surely (if you will excuse the words) incite or foment more rage and division and possibly violence. Maybe that’s the plan. I’m that cynical now.

My own arguments with Trump’s words two weeks ago are not founded on the legal question (legal expert Jeffrey Scott Shapiro wrote today in the Wall Street Journal that Trump absolutely did not “incite violence” in any legal sense) but rather a disgust with his choice of words in stirring-up emotions, his lack of clear thinking and self-editing, his public character more generally, which moved me to stop supporting him. And if Parler allowed some actual incitement to go unchecked, that’s a problem shared by all platforms, and it can be addressed by good people who are earnest in their desire to allow free speech to flourish —if that’s really what you’re after. It can be done by smart  people acting in goof faith, but I don’t think that is the case, here. It’s an ideological war being waged by Big Tech and Leftists. No rules, no ethics, no morality.

If as a person who leads a corporation you really care about people “inciting violence,” then you should not, as Twitter former CEO Dick Costolo did last year, post that “me-first capitalists” would be “the first people lined up against the wall and shot in the revolution.” And then not ban your own company.