Here’s a Quick Take that’s really an addendum to Part Two of my missive about Changing it Up (posted today), and I think it’s a timely little observation even if it’s pedantic and even if it’s the eightieth time I’ve said it:

What we have in Canada is a news media with a political agenda. A liberal or left-wing activist political and cultural agenda. All honest people acknowledge that. The sooner you acknowledge that it exists, talk about it honestly, and roundly reject it as dangerous — whether you’re on the right or left — the better for you and for our country.

You can’t trust a media with a political agenda; and when you can’t trust the news media to properly explain events to you, the country is going to suffer serious damage, because this news media distrust furthers an already festering lack of trust in all sorts of things, by so many people. This existential mistrust is due mostly to many years of increasing government ineptitude, and corrupt politicians. And just plain lousy people in government. And frankly, by people who accept it all and don’t do anything about it. But also, the news media is supposed to report that, properly. They don’t.

This growing distrust has shown its face in a newfound distrust or outright ignorance of our nation’s real history, in its founding fathers, in its various institutions, even in its elections. BC’s minority NDP premier John Horgan lied to his Green Party coalition comrades and all of BC when he called an unnecessary early election last year, right in the middle of the Covid pandemic, for reasons of pure political expediency, while directing everyone in BC to stay home, except that it’s OK to go out and vote for him, and also, earlier in the year, that it’s OK to go out and “protest” for Black Lives Matter, which literally has its roots in Marxist communism, but otherwise, you must stay home or risk police intervention and fines. And the news media just went with it all, cheering that government on like fanboys and girls. I could rest my case — case 8,753 — right there.

The mistrust that corrupt and power-hungry politicians and governments have caused thus extends from simple elections to democracy in the larger context, and to everything about the founding concepts of the country itself, including its very legitimacy. I certainly don’t trust BC’s governing party one bit. They’re liars. They seek power for power’s sake. Power over me.

I don’t doubt that this kind of distrust in all these things was central to many millions who voted for Donald Trump in 2016, and the ten million more who voted for him in 2020, and the thousands who showed up to protest this week in Washington D.C. And it could just as well happen here, from either side.

So think about that as you read or watch the news. And think about what peaceful but effective things you can and should do about this. And then for God’s sake do it. 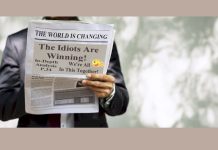 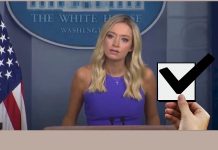