I mentioned last week that I, too, have suffered under Twitter’s purge of conservative thought and speech. And I ain’t no radical who incites anything!

I used to have several thousands of followers, and now I have a paltry few hundred. And it happened quite quickly some time ago. As for gaining them back, which you’d think I naturally, quickly would, since I have been fairly active over the past, well, since Twitter started: well, in the past few months (December excluded because I was busy doing a reno), I’ve gained almost no followers or maybe even lost more. And I’ve tweeted a lot, and engaged with people a lot, and have done all the right follower-increasing things.

So it’s not just me? No, today it’s making news (but you will see news about it only on Fox News Channel — I assure you: 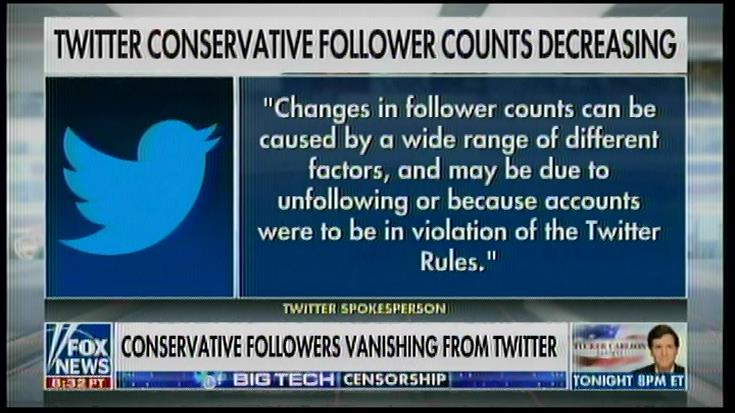