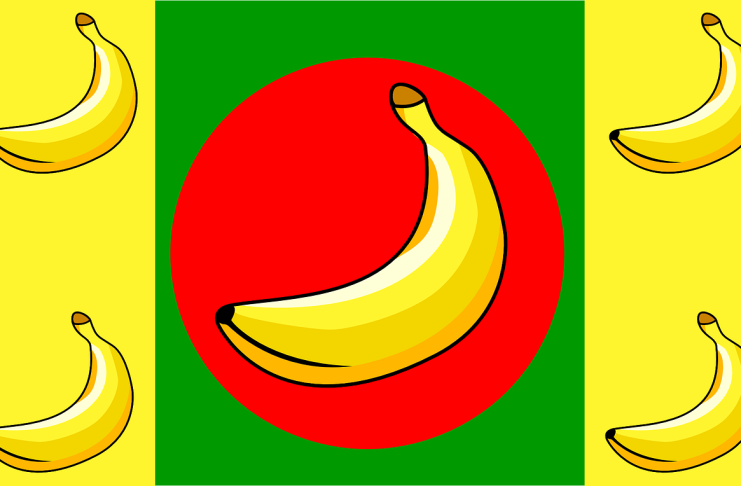 The Liberal Party doesn’t need a comms department. So unquestioning and so supportive is the “news” media, the Liberal Party uses a Global News “news” story as the very best explanation of its political policies and how they’re succeeding. No you’re not crazy — of course this should be impossible.

Taxpayer support for the “news” media pays off once again for the Liberal Party. Or, journalists are just more and more openly advocates or activists for progressive politics and progressive causes, they literally don’t give a damn what anybody thinks anymore. 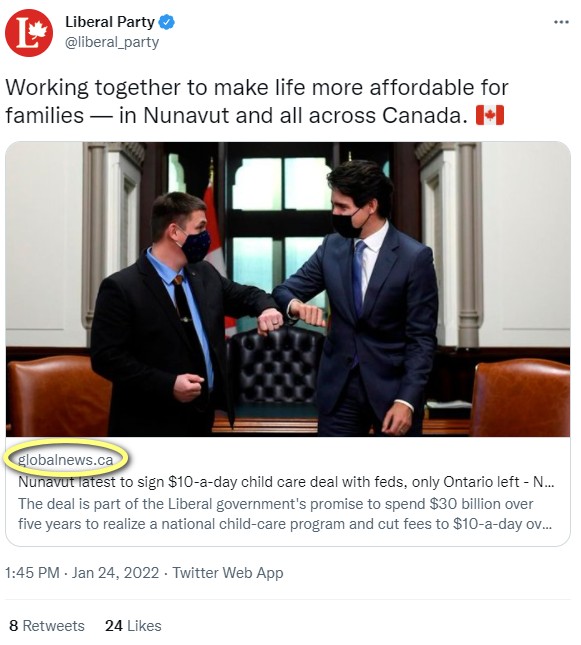 In juxtaposition, and as if to prove that progressive-left political parties and “news” media work together as advocates for each other, and see anything that isn’t liberal-left as the enemy, here’s President Biden (Democrat, President Unity, President Normal, President Moderate, President Nice, President Not-Trump) calling Peter Doocey, a fine reporter from the most popular news network in America, Fox News Channel, “a stupid son of a bitch,” for asking him about inflation.

So this is normal.

And naturally, we assume it will be explained in the usual post-Biden saying anything cleanup session with his Press Secretary that his word “bitch” is meant to apply to women to the extent that there are even things called “women” which is really just a social construct, but that Biden respects women hugely even when they are “bitches”; but the word can also apply to men, because some men have vaginas because woke shit. 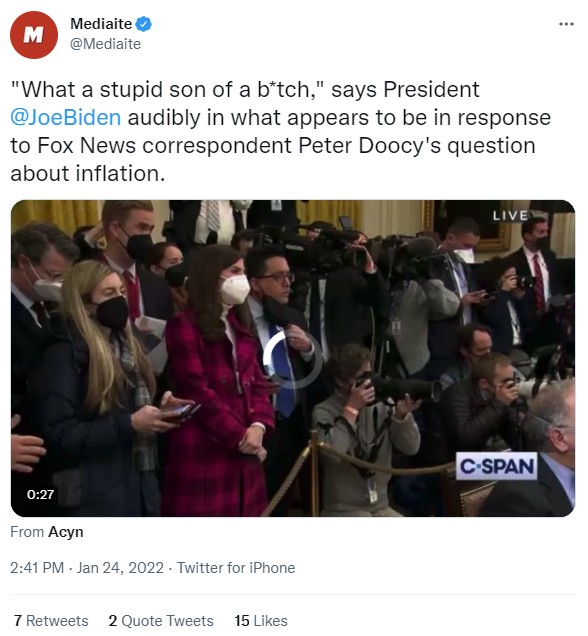 I suppose, to be consistent, the “news” media in the US and Canada will now — immediately — call out Biden — possibly for impeachment — and will gravely warn the world — with enormous alarm — that there is an imminent threat to free speech and danger to all journalists of impending “threats” and “intimidation” and that this is a violent attack on the press and on a free press and that democracy is literally in peril at this time, because Biden has attempted to delegitimize — nay end — the news media, which is the salvation of democracy etc., and that this is in fact an age of darkness and the dawn of the fascist age in America and etc.

Oh wait, no they won’t. They’re liars and totally corrupt. Almost forgot. CNN’s Brian Stelter is already on it, being a corrupt liar and literally the comms guy for the Dems. (Here’s the two separate images below: one | two) 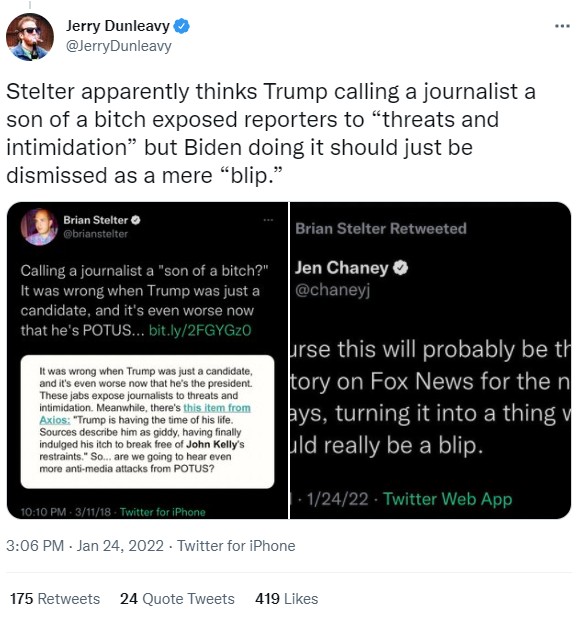 But lest you think these folks (the “victims”) don’t have a sense of humor, this: 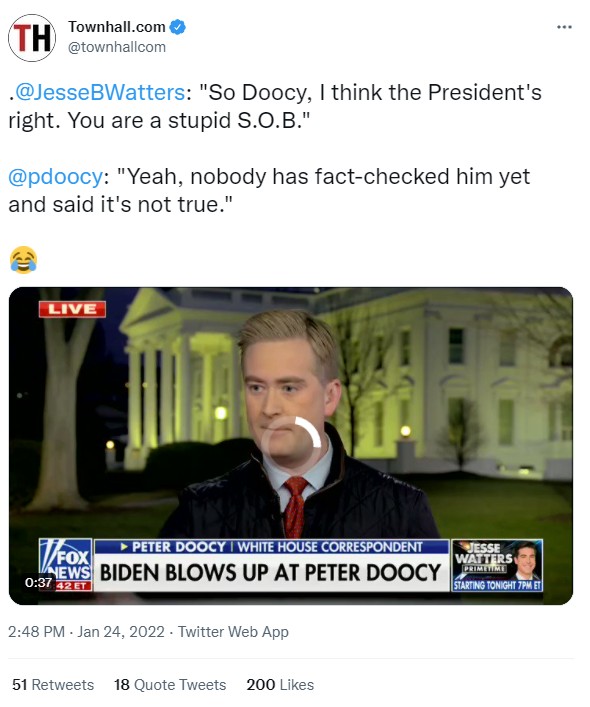