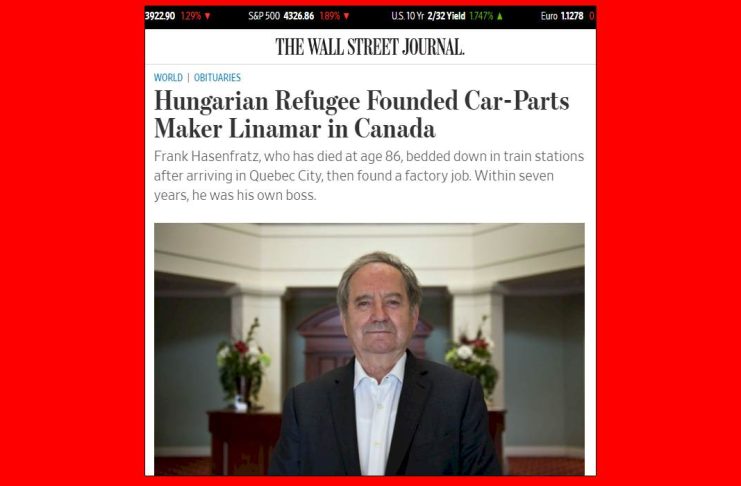 One of the few great industrialists in all of Canada’s brief history has died. Frank Hasenfratz, a refugee to Canada, named Linamar Corporation after his wife and two daughters, and it became a true Canadian and global success story. Mr. Hasenfanz died earlier this month. It was all over the news, all over Canada and all over the world. I read a great detailed biography of this Canadian, Frank Hasenfratz, today in the Wall Street Journal (free link). Yes, even the greatest news journals in the world are all covering the story — this great Canadian story.

But not the state-owned CBC. The media outlet mandated to “tell Canadian stories” took a pass on this one.

Here’s evidence of my search. The years-old stories captured here aren’t about Frank Hasenfratz at all, but mention (daughter) Linda Hasenfratz in passing in relation to something else entirely. 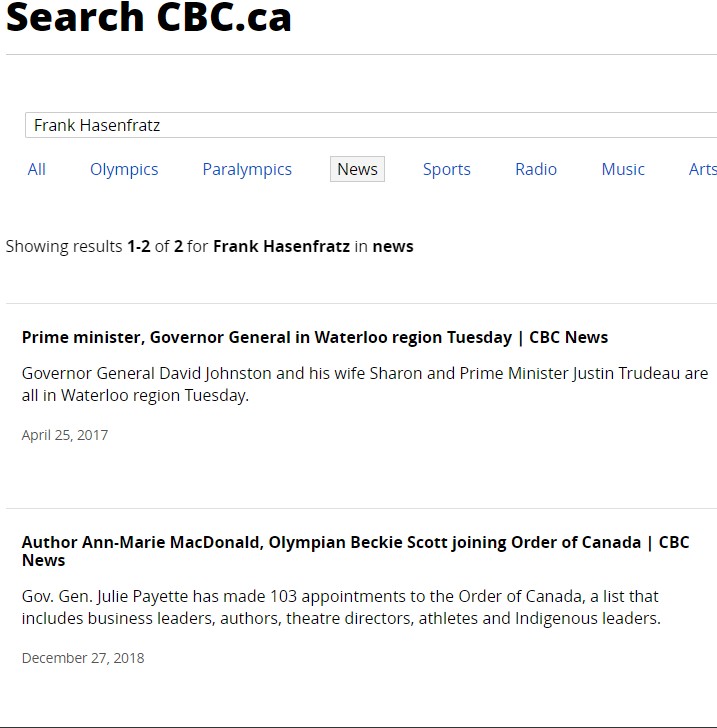 I only just recently sneeringly (and hyperbolically, as is my habit) remarked that Canada produces nothing, and relies on imports for almost everything its citizens need to survive. But Linamar is a huge Canadian success story. They employ tens of thousands of people — according to a dated Wikipedia entry, 29,000 people worldwide in 60 manufacturing plants, 8 R&D centers and 25 sales offices in 17 countries in North and South America, Europe and Asia. Total sales in 2018 were $7.6 billion.

This multi-billion-dollar global parts company which is now involved in green tech is one of the vanishingly few true industrial manufacturing powerhouses that still employ human capital — to actually make stuff — to produce goods — in Canada — and on a global scale; which is to say it exports products from Canada(!).

Linamar has been run by one of his daughters, Linda Hasenfratz for several years. She was named CEO of the company by her father after serving as President before that.

It is a really remarkable rags-to-riches story. A Canadian story. A story of a Hungarian refugee’s success in the rough and tumble world of free-market capitalism and Canadian and American and global competition, in which this Canadian won (oh —is that what explains the socialism-reliant CBC’s yawn over this story?) And that is to say nothing of the fact that now, a woman runs the giant modern Canadian corporation, which I was led to believe was a wonderful thing worthy of no end of press coverage and the accolades of all Canadians. This is a Canadian story of success and pride with a woman in charge! But CBC decided against mentioning the story to its viewers and readers, for reasons inexplicable.

Read the story at Wall Street Journal. While you’re there, stay there and read the other news that is actually important. If you can, subscribe. It’s the best value in news you can find, and probably costs less than what you pay in taxes for the state-owned, taxpayer-funded CBC, which actually makes you dumber, as evidenced by this.