In a bit of news so globally embarrassing and cringeworthy that even Trudeau’s own Canadian “news” media is covering it (along with the global media including Sky News, below, and even the Democratic Party’s New York Times division, here), Trudeau once again embarrassed Canada on the world stage.

This time, it was because Trudeau boasted like a child to his adoring Canadian “news” media about his lucky chance meeting at the G20 in Bali with the leader of what he once described as his favorite dictatorship, Communist China. Afterwards, since it wasn’t a mutually agreed-upon press briefing that Trudeau gave about the meeting, as is always done with diplomatic meetings of this sort, the Chinese Communist dictator publicly schooled Trudeau on the ins and outs of international decorum —as if Trudeau were a junior stockboy at a Chinese state-owned food provisions outlet. Which it could be argued he is. As anyone who has ever, you know, taken a diplomatic meeting knows, blabbing about what you talked about — just to generate the desired and poll-driven political headlines back home, which is exactly what happened here (and it worked! SHOCK!) — is deeply frowned upon. 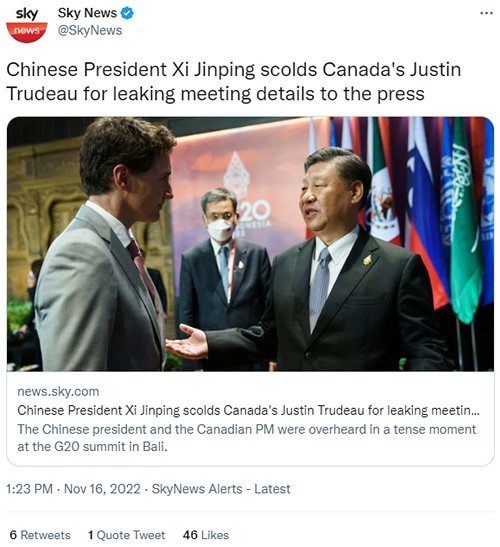 There was lots of positive spin on Twitter about this from delusional Trudeau cult members and some who were just trying to be nice. None of them were based in fact. Fact is, Canada failed here. Trudeau failed here. And we should learn from it and grow. Or in Trudeau’s case, grow up. The media should learn. Voters should learn. Face facts, folks.

The Chinese dictator is a man who until a few weeks ago Trudeau and the Liberals swooned over and whose country Trudeau literally posited as a permanent BFF and trade replacement for what they think is the evil capitalist free-speechy USA. They loved them some China. They invited China (the state) and the Chinese people into Canada to live, work, invest, own, buy, rent, use as a floor mat, and generally partner up with —politically and otherwise. Here’s Terry Glavin’s take at the NatPo, and he knows better than most including me, and here he is on Twitter: 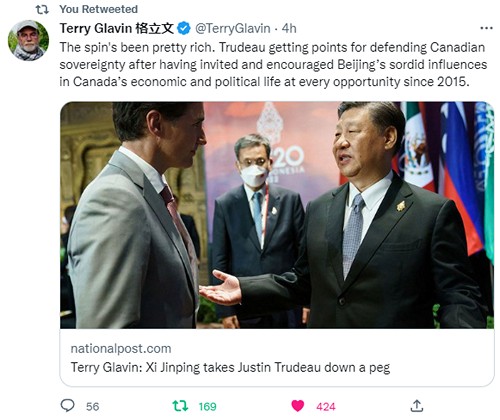 Xi barely looked at Trudeau as Trudeau gave one of his infamous word salad answers to Xi (notably and mercifully excluding any woke talk about the great value of drag queens like RuPaul, and about the need for more transexuals running for school board). He (Xi — sounds like a woke pronoun but it’s not) preferred to basically ignore Trudeau’s gobbledegook (I’m not sure what Trudeau’s pronouns are but possibly person/personkind — or maybe xi/xer). 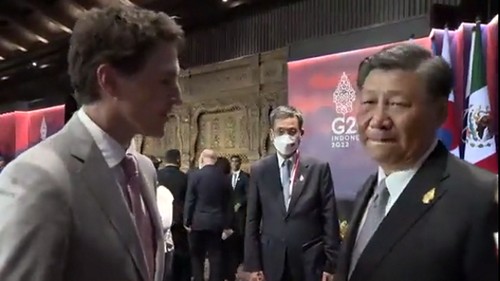 After Xi was done and the horror show was mercifully over, Xi then left, smiling away, with his commie entourage.

Trudeau sheepishly walked away alone, looking like his ass just got handed to him by a Chinese commie, which it exactly had been. 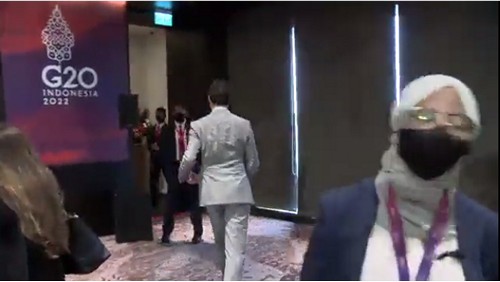 In related news, Trudeau lied, because this is what he does. And not to overdose on Glavin, but here he is again: 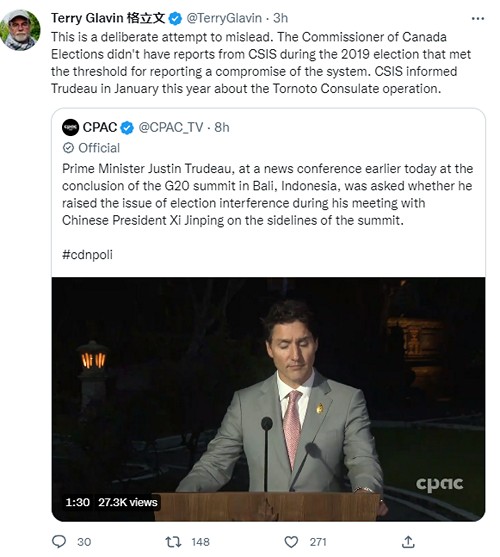 As if I had to tell you, Trudeau did not answer the question except to lie, just as he never answers any tough questions — ever — and no reporters pressed him on it, because that’s what THEY do. They work for him, mostly. Hey! Just like in China! Fabulous.

The fact that it has now been asserted by our own authorities (CSIS — not the CCP) that the Chinese helped Liberals win the last election, and literally helped Conservative candidates lose, and that this was brought to Trudeau’s attention in a brief presented to him by CSIS in January of this year, and that Trudeau sat on it, doing and saying nothing until — oops — it was made public in the past couple of weeks, is a national disgrace. A literal threat to our democracy. An existential threat. And yet Trudeau presents reporters with a word salad answer, and then they don’t question him further.

Ya gotta forgive Trudeau and the Liberals and the media (but I repeat myself, yadda), since after all, the commies were interfering to help the Liberals win and the Conservatives lose. Please understand the lack of discussion, or concern for stupid “democracy,” or jibber jabber about “having a country.” 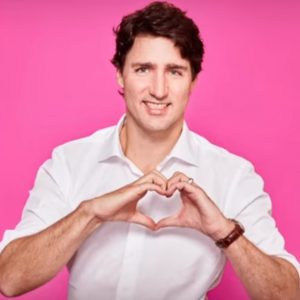 The only headline to come out of Canada’s expensive, private-jet-fueled carbon pollution-a-palooza (despite a “climate emergency”?) adventure to join the cools at the G20 extravaganza in Bali was that Trudeau got scolded by a commie for being a show-off dumb-butt and a naif. As I’ve said. Although Trudeau was able to book a couple of meetings with other attendees, Trudeau and Canada were almost completely ignored. I mean completely. By nearly everyone. Bottom line.

So what — thinking positively — could, say, liberalvision CTV write about this total waste of time and waste of taxpayers’ money, this carbon-spewing-a-palooza, and this cringe-fest that became another international embarrassment for Canada? This. This crap. This is what they dug out of their “journalistic” “news” media butt-holes: 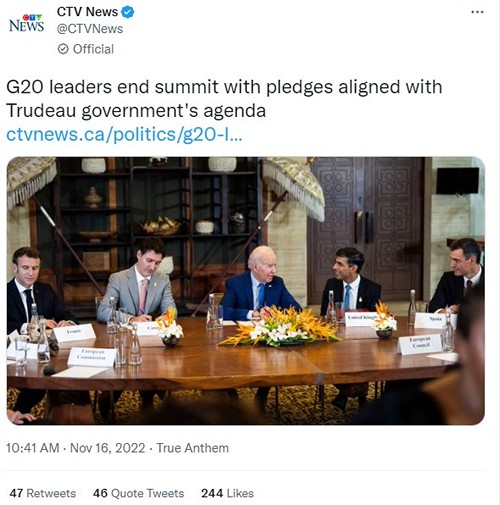 This is a lie. Fact Check: What was accomplished from Canada’s perspective and what did Canada take any lead role in? Absolutely nothing. Nothing whatsoever. No. Thing. Zip. Not a thing. Zeeeero. As I tweeted: 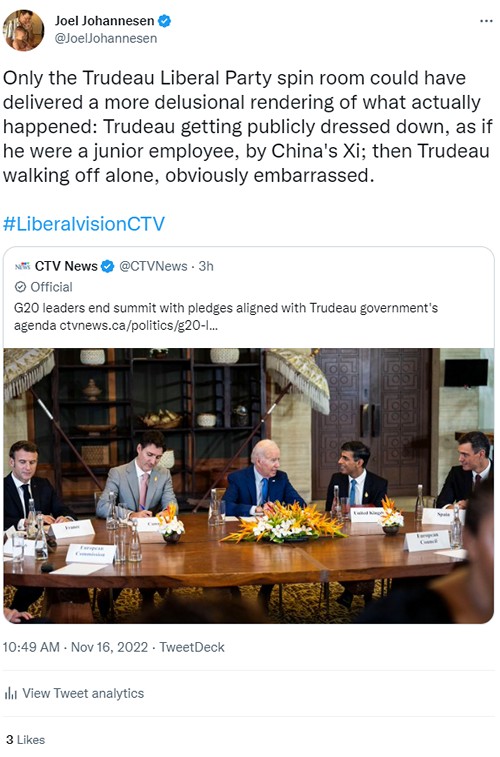