I wrote about this extensively here last week: NEW VIRUS COULD KILL THE POLITICS OF THE LEFT.

So today, I thought, maybe they read it and a light went off in their thick noggins! All this time, they have been abiding by the Chinese Communist Party dictate that it not be called the China Virus, going against all of the world’s history wherein viruses are always named after the place they started.

This appeasement to the supreme communist dictators (both in China, and also at the U.N.) continues, thank Mao. But as I pointed out in that other article, they recently betrayed their own appeasement to the communists and to “racism,” and, well, their own woke idiocy, when they constantly referred to a “U.K. variant” which popped-up like a limey bastard, and then a “South Africa variant,” which sprang up from the white Dutch bastards down in the country of South Africa.

Well today, they have started a new thing, in which, like “Covid-19,” they are NOT naming it the “U.K. variant,” but rather the more benign “coronavirus variant found in Britain” (and in the article itself, calling it by its official name, “B117”).

Ah… but their attention deficit disorder reappears. They apparently can’t keep their focus. They forget almost immediately, and go ahead and call it the “South African variant” again a few paragraphs down. The racists.

And it goes downhill from there, where these very racist and bad people™ call it both the “U.K. variant,” and the “South Africa variant” again.

At least they still haven’t hurt the feelz of the Communists in China yet, though. Phew. As always, note that these are variants that are nonetheless, and notwithstanding, variants of the NOT-China virus, which is still called “Covid-19” or simply “coronavirus”. 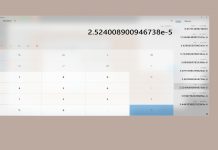