Most important to Canadians: not “racism” 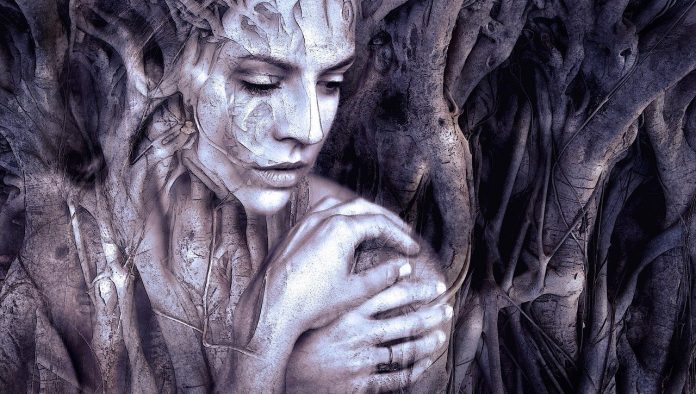 This is a sort of add-on to an article I just posted, because even though my writing there ended (mercifully, you say?), my mind kept going, wondering what the hell is driving Canadian voters — particularly women — to favor the Liberals of Justin Trudeau over the Conservatives (even while I acknowledge the, at best, tepid appeal of CPC leader Erin O’Toole; or perhaps in spite of him appearing to be so… similarly liberal).

One of the many polls I looked at was this one, which surveyed for what was most important to voters. Their heading was “Question – What is your most important NATIONAL issue of concern? [Open][UNPROMPTED]”

The answers: No, not abortion. Not “racism.” Not “white supremacy.” Not even “white privilege” or you being a “colonizer.”

Sure, right now, it’s Coronavirus, at 42.8%. Duh. And here, the Liberals have utterly failed. This is an almost total government failure. So color me confused, if it’s such a big concern.

But aside from the obvious and abnormal issue, it’s Jobs/economy, by a wide margin, at 11.1%. Do Canadian women, who favor the Trudeau Liberals over the Conservatives by a twenty-point margin, really think the Trudeau Liberals are the wizards to address that concern? It seems to me to be contraindicated. Unless you want a job in government, which sometimes appears to be the Liberals’ goal for all Canadians, along with their TRILLION-dollar debt that we will all have to work (for them?) to pay for, the Liberals aren’t your ticket for jobs and the economy.

The rest of the issues poll at nearly half that, or less.

Environment comes in a distant third, at 6.9%. I suspect this is only because Canadians have been demonstrably and constantly badgered and gaslighted and propagandized about this issue by Justin Trudeau, his cabinet, his very appeasing news media division, and his academia division, since nobody I have ever known has done much if anything in their lives to help calm the environment — or at least not more than I have done based on my own logical conservation and “taking care of my mess” credo as a normal thinking conservative human. So, get off it, if that’s what you’re onto them for. Their only answer is more government and higher taxes. That’s not a fix. That’s a problem.

Healthcare at 6.0%. Sure OK. But Liberals have no claim to be the party of healthcare. The Liberals have culled appropriate federal funding from the provinces to way below what it should be considering they so insist on having this horrible national government-run healthcare system which ranks among the worst in the world. So why vote Liberal?

Debt/deficit 5.9%. Canadians have no clue how serious this issue is. Or they’ve been brainwashed by idiot socialists. The Liberals are the ones to avoid, at all costs, on this issue. Well them and the other, more seriously socialist, what I call the “you’ve got to be kidding” party, the NDP. Or maybe the “concern” among women voters is that a one TRILLION-dollar national debt just isn’t high enough.

Housing/Cost of housing 1.8%. Having nothing to do with increasing immigration, lack of government planning, government regulations and associated costs, artificially low interest rates set by government, and really, all manner of government policy, action, and inaction, rather than the free market, this issue is misunderstood to be about everything except what it is actually about. And how has it done under the Liberals?

Freedom of speech/individual freedom: 1%. Unless you’re completely stupid, you know that the Liberals are the party to avoid if you’re concerned about this issue — another severely underrated one. The reason it polls at all is BECASUE OF the Liberals and their authoritarian ways —particularly here in Canada but also south of the border, where anecdotes are trickling northward.

All the rest come in at under 1%. Including “racism” — and it polls at just 0.3%. That’s zero point three percent. And no, abortion doesn’t figure into the national psyche — it’s not even addressed in this vast survey of issues. so that can’t explain women voting for the abortion party. Nor trans-gender issues, nor you being a “colonizer,” nor the “fact” that you’re so damned “privileged” and a “white supremacist,” or any of the other Liberal talking points and claptrap bullshit.

So I continue to be baffled about why Canadians, especially Canadian women, would vote Liberal at this moment in time. Let me know if you know, below.

P.S.  In a highly related story, Philip Cross wrote in February, in the Financial Post: “Trudeau’s Canada: Low achievement, high self esteem” — saying, “We feel very good about ourselves — but for no apparent reason.”

Previous articleLiberal Gov now spending DOUBLE what was spent during World War Two
Next articleNDP proposal: abolish billionaires by taking 100% of their money; phase-out armed forces and convert them to social workers.