I have a question for federal Judge Robert Sweet: If your own children blamed McDonald’s for making them fat, would you buy it?

I don’t think so.

Yet the judge has given the green light to a lawsuit against McDonald’s by two teenaged girls who claim the popular fast-food chain tricked them into eating food that made them fat and sick. At first it looked as if this lawsuit was going to be pushed down the garbage disposal, but now it’s back. What’s going on?

Three years ago, the girls accused McDonald’s of deceptive advertising and selling unhealthy food. Judge Sweet dismissed the suit because the allegations were too vague. “Where should the line be drawn between an individual’s own responsibility to take care of herself and society’s responsibility to ensure others shield her?” he asked. “The complaint fails to allege the McDonald’s products consumed by the plaintiffs were dangerous in any way other than that which was open and obvious to a reasonable consumer.”

But he invited the plaintiffs to re-file it with more specific information. Sure enough, they did, and last month, the judge ruled that the girls had identified to his satisfaction “40 deceptive ads” and “sufficiently described” the harm McDonald’s food allegedly caused them: “obesity, hypertension and elevated levels of LDL cholesterol.”

Who knows what a jury will do when the lawyers play on its sympathy for the overweight girls. Whether McDonald’s wins after a lengthy legal battle or loses and gets hit with a big damage award, you and I will pay through higher prices. Our choice of foods could even be limited if fast-food chains decide it’s the only way to avoid future lawsuits. Au revoir, French fries?

Are we a nation of responsible adults or children? I don’t want government to be my Daddy any more than I want it to be my Big Brother.

Whatever happened to self-responsibility? Sure, McDonald’s commercials put the best spin on its products. All advertisers do that. Individuals should exercise caution, and parents should teach their kids a little skepticism. It’s not as if information about nutrition is hard to come by. Today we’re constantly harangued about cutting calories, reducing fat, and exercising more. McDonald’s competitors, such as Subway, provide lots of counter-information. You’d have to live in a cave not to know about this stuff.

Fast food doesn’t have to make you fat. Soso Whaley of New Hampshire once ate only at McDonald’s for a month. The result? Unlike the guy who did the “Super Size Me” documentary, Soso lost 10 pounds, and her cholesterol dropped 40 points. How? She didn’t pig out. Low-carb dieters have lost weight at McDonald’s by eating the burgers without the buns and skipping the fries.

All this goes to show that anyone whose health was harmed by eating at McDonald’s only has himself or herself to blame. To bloat himself up an individual has to choose to enter the restaurant on a regular basis, overeat an unbalanced diet, and fail to exercise. Should that person be able to pin his health problems on McDonald’s?

If so, where does it stop? You can get fat eating Girl Scout cookies or dining at expensive restaurants. Should we sue someone whenever we don’t like the results of what we do?

The consequence will be higher prices and fewer choices for consumers. If that’s what our system of “justice” gives us, then something is badly wrong.

I’m not saying people shouldn’t be able to sue a business when they have been harmed. But we should limit frivolous lawsuits the way the rest of the world does. The loser should have to pay the legal bills of the winner. It’s only fair. It costs a lot of money to defend against a lawsuit, even a frivolous one. 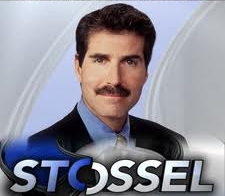