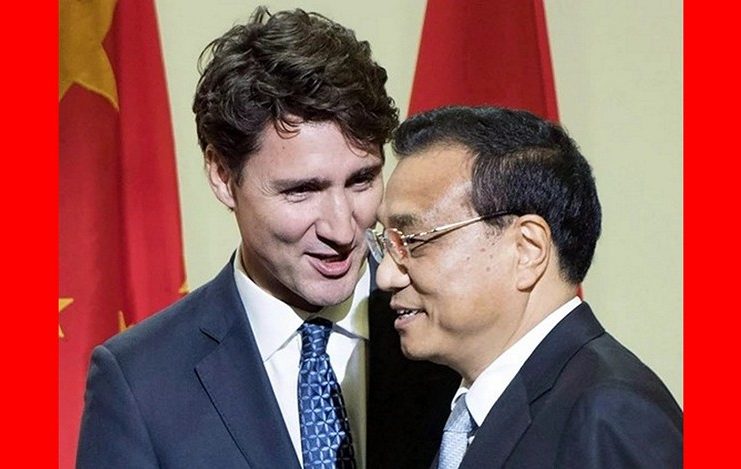 Years ago, or as Rachel told Phoebe on Friends, “in the Days of Yore era,” I sold PTBC/Canadian flag pins here as a fund-raising thing. I purposely bought them from a Canadian outfit in Ontario (because, duh) that helped me with the design and “build” of the metal pins. They were popular and actually, really nice! 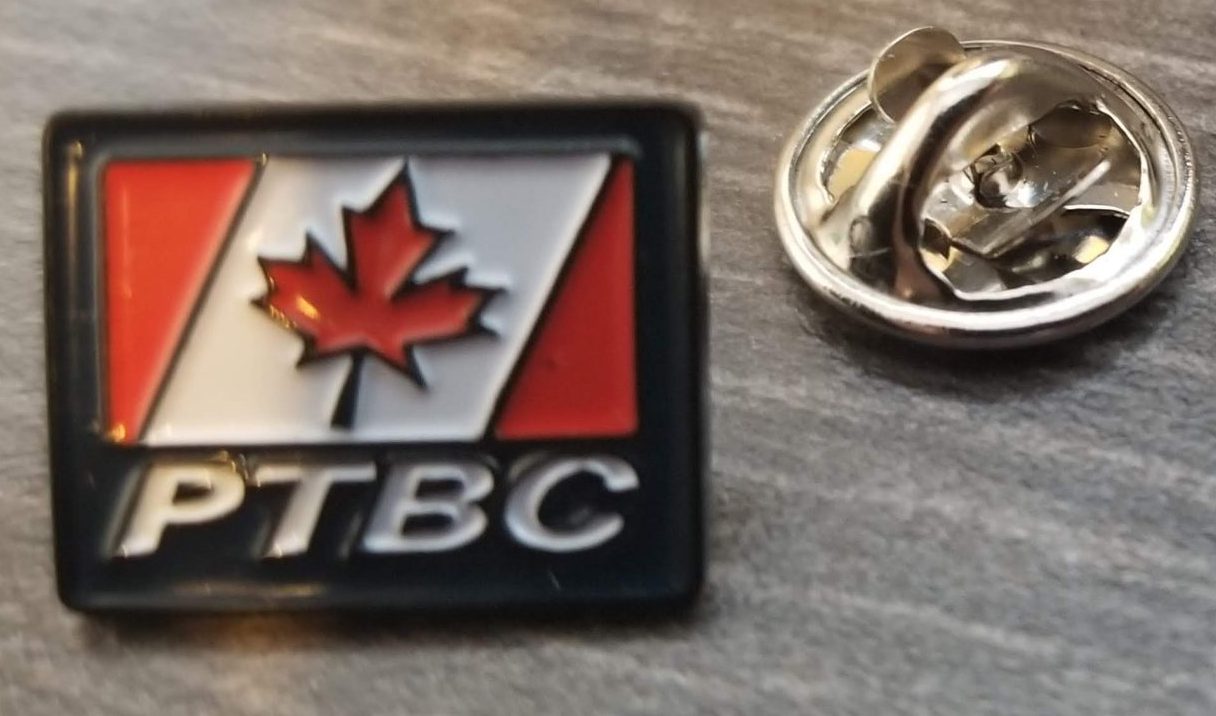 Like a dummy, however, I never specifically asked if they were made in Canada (or “Fabriqué au Canada” as you folks from the nation of Quebec say for some reason). Turns out they were made in, you guessed it, China. Fabrique en Chine.

Not pleased, but back in those days of Yore, China wasn’t quite as genocidal or world take-y-over-y as they clearly are now. Commies? Undemocratic? Human rights abusers — as communists inevitably are? Sure, they were that. But the West was (from Yore until recently) enamored with this theory that by doing trade with them, we would show vividly how great the freedom and liberty of the rich capitalist West was, and we’d show them our superior standards, and thus the poor Chinese people would demand change from their commie overlords, and voila, the change would come. It was asinine then, in retrospect, and it still is, only now it’s obviously and provably an asinine theory. (It has also failed elsewhere — look up this theory as applied to Iraq, Afghanistan, Egypt, Iran, or any number of places, as if more proof was needed.)

Anyway, I got the now nearly globally ubiquitous anti-China bug before most people did, particularly when they were outed spying on Canada, stealing our trade and technology secrets, and abusing their people (inside and outside their country), as well the genocide became more and more evident, and their world domination fever dreams became even more clear. Even after all that there was their Made in China “COVID.” Who would deal with China after that? And there was more, actually, if you needed more. And so I stopped selling them. I wrote this in our “Support Us” page which still appears there:

So it was quite shocking when I found that actually, Canada itself — its government — my government — imports Canadian flag pins which are Fabrique en Chine. Today! After all of that. Not during The Days of Yore. Check the headline from Blacklock’s Reporter (today!). 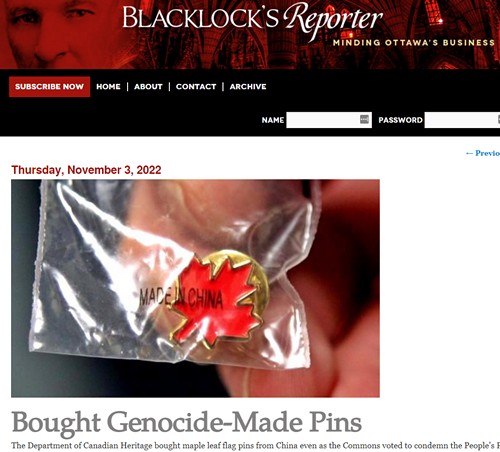 The story is behind their paywall so you’ll have to subscribe to see it (and you should — they take no state subsidy money at all, nor any Google money; nor any money from CHINA; they just sell subscriptions —almost as if they’re an independent news organization and not a government state-owned or political mouthpiece hi Justin 😈 ).

I still have lots of the Made in China PTBC pins left. Not sure what to do with them. I’d try to sell them to the Trudeau Liberals since they don’t care if they’re made in China, but for the fact that PTBC stands for Proud To Be Canadian, and I’m sure they’re against THAT.

Load more
Previous article
Gone to the Bathroom
Next article
Roaches can vote too?