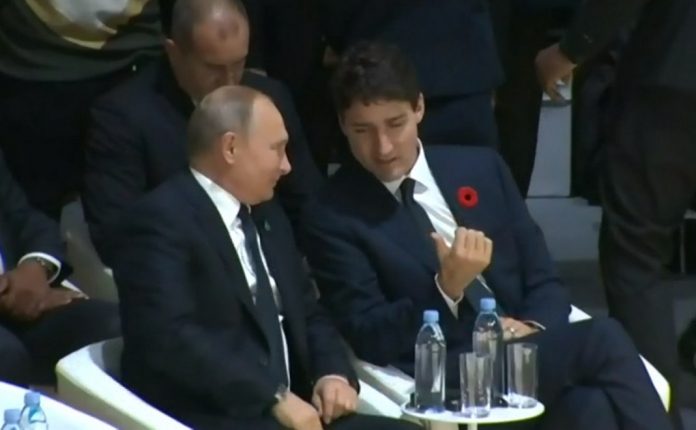 And we thought it was just that the media is so liberal-left biased, and that’s why there are so many liberal-left columnists and sundry other op-eds. What if it’s actually that the op-eds are planted there by the Liberal Party and published by willing and possibly ever-so grateful editors. Actually, both things could be true at once.

Among the 8,000 other things that should strike fear into Canadians, this testimony from the former attorney general and minister of justice Jody Wilson-Raybould yesterday, in which she quotes texts from her chief of staff Jessica Prince, who is relaying what Prime Minister Trudeau’s chief of staff Katie Telford told her (my bolding):

They seem quite keen on the idea of you retaining an ex SCC judge to get advice on this. Katie T thinks it gives us cover in the business community and the legal community, and that it would allow the PM to say we are doing something. She was like “if Jody is nervous, we would of course line up all kinds of people to write OpEds saying that what she is doing is proper.”

Recall that the Liberals made the decision to sponsor news media with “government” money — in the order of nearly $600 MILLION — on top of the various subsidies and the annual $1.8 BILLION to the state-owned CBC division of the liberals. See Andrew Coyne: Liberals’ $600M aid package for news media will irrevocably politicize the press. Queue Michael Wernick to instruct us that there’s nothing to see here, either.

Americans and Canadians blamed Russians for meddling in elections with their Facebook posts and Twitter tweets and op-eds sent to newspapers to sway an election. Maybe we’re blaming the wrong party.

Also see my other article from today, No Trudeau should not resign yet. On account of I’m not a hypocrite.

Previous articleNo Trudeau should not resign yet. On account of I’m not a hypocrite.
Next articleMénage à Trois – A Story Of Canadian Failure