In another grand display of all the moderate political tone, compassion, inclusivity, open-mindedness, humanity, “justice,” and tolerance of the left, a man named Robert, whom New Brunswick tweeter Chris Trenholm (eight followers) doesn’t remotely even know and has probably never heard of, is deemed by Trenholm to be “a pile of shit” —because Robert is… Donald Trump’s brother. Robert Trump has been sent to hospital because he is reportedly seriously ill. Therefore, a “pile of shit.”

Four people “liked” CTV’s tweet about the apparently delightful news that Robert Trump has been sent to hospital and is seriously ill.

Brother? Wow so much sht they had to make a second pile.

It’s the human thing to do, to call both the President of the United States —and even his brother whom you hate by extension— a “pile of shit.” It’s not dehumanizing. It’s not despicable at all. It raises the level of our dialogue. It brings us together. It’s totally normal human behavior.

The respect. The humanity. The civility and charm and intellect of the ever-so compassionate left knows no bounds.

Here are the screengrabs. 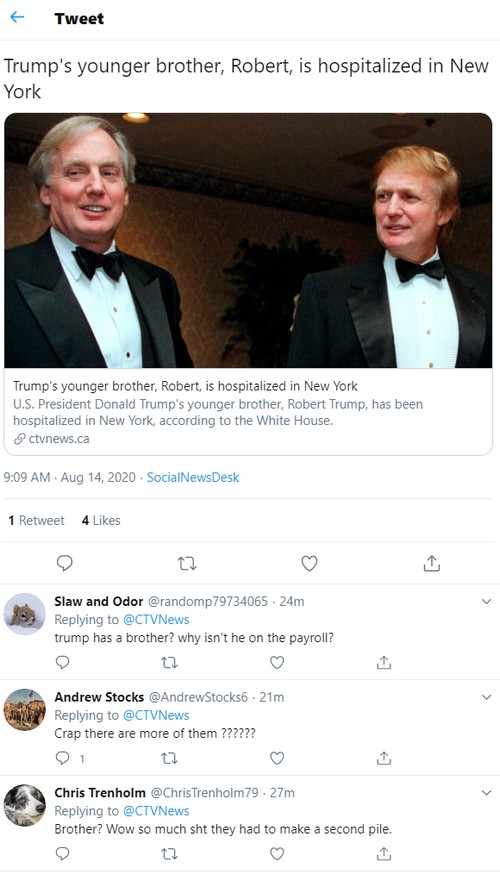 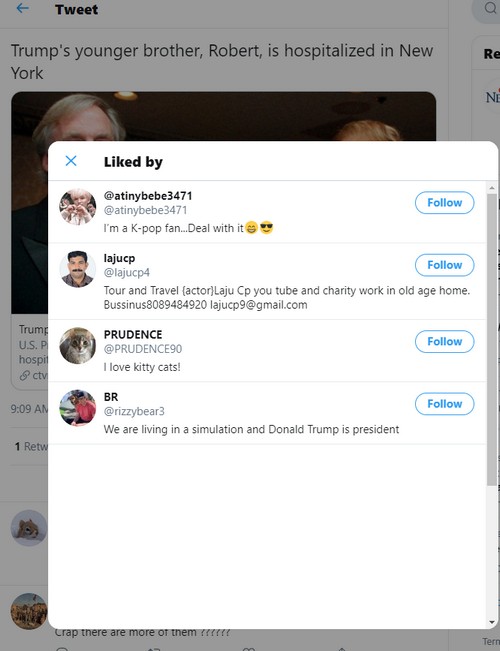