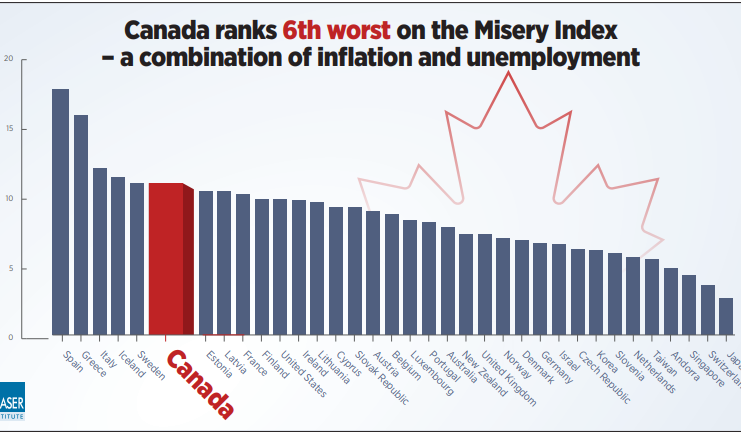 We just edged out Estonia! They’re less miserable. As is Latvia. But we came in better than Spain, Greece, Italy, Iceland, and Sweden. (Iceland I can see, but who knew the Swedes were so Misery-able? That Ikea guy seems to spry and chipper.)

The Misery Index hasn’t been used for a long time because it’s a measure of inflation and employment and its effects or costs on humanity. It was created by American economist Arthur Okun, back in the day, which is an expression I use when I’m too lazy to look up the actual date. It hasn’t been used much if at all lately because inflation and unemployment have been low for some time. Now, as we’ve all seen, and despite the rhetoric from Trudeau Liberals trying to deny it, it’s getting real again, as the kids say. (Just remember this has NOTHING to do with the feds and provinces telling everyone to stay indoors, locking down economies, and then letting everybody out, allowing businesses to re-open, while also simultaneously spending more taxpayer cash than at any time in history while also stymying oil and gas development and wrecking the supply chain and imposing myriad regulations on one and all. It’s your fault, oh and “the rich people,” or something, also Trump, and Russians, and possibly truckers).

And bear in mind the Index is for 2021 data, when the now rapidly-rising inflation was lower than it is now, especially insofar as fuel and food. You are even more miserable than you think you are.

See the report in the Fraser Institute’s Quarterly report. 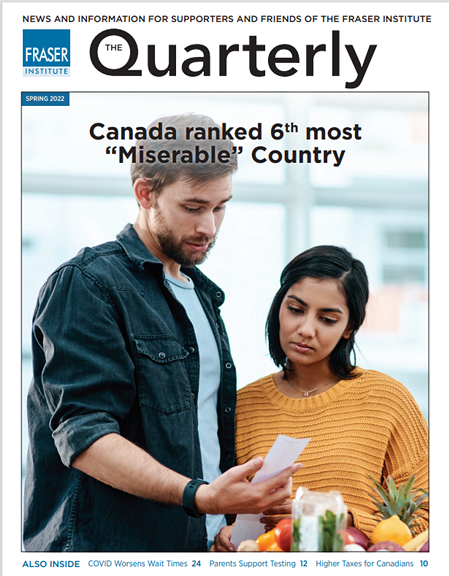