John Doyle Cares Deeply About Viewpoints: His And His Fellow liberals’. 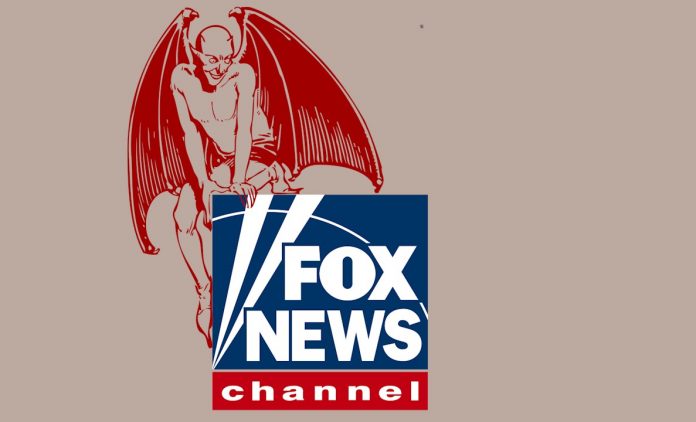 Like me, the Globe and Mail’s John Doyle is an opinion writer. Most opinion writers have particular views, and they’re paid to express them, even if, as in Doyle’s case, it’s just about his TV-watching. And that’s all good.

But most opinion writers accept that there should be other views too, since after all, that’s what makes for healthy conversations, politics, democracies, thinking, living, and learning. Not Doyle.

Doyle has been on an obsessive anti-Fox News Channel crusade-ette since (and probably even before) Fox News Channel was finally un-banned in Canada and allowed to broadcast here. He wrote about it — sneeringly, haughtily, negatively — more than once, back at that time. Literally laughed at it. Like all of the left and far left, for Doyle, Fox News Channel is the (biggest) bane of his left-wing advocacy because they advance other thoughts — other than left and far-left — and allow those other thoughts to get through to you, if you choose to watch that channel.

Let’s have an intellectual honesty check: cable news channels MSNBC and CNN are both obviously, equally, rabidy, anti-Trump; but not just Trump. They’re obviously, equally, rabidly anti-conservative writ large. Before Trump they were anti-George W. Bush, and before that it was anti-George H.W. Bush, and John McCain, etcetera, and anti-anybody who ran with them. Or those who were their family members. Or associates. Or who said something nice about them or any conservative, or about Christianity or capitalism or free enterprise or the second amendment, or America. I believe this to be an objective fact.

Why is Fox News a big deal? Fox News Channel’s hard news shows are clearly the more balanced news programs. Why do you think Fox has the most viewers? Fox News is also the only cable news outlet that tolerates all opinions including those of conservatives, and whose opinion show hosts champion conservatives. In a democracy, that’s important. It’s utterly vital. Obviously. If you don’t tolerate any dissenting views, then you are, by definition, a totalitarian or a fascist.

Doyle’s wrong about Fox news being one-sided. Voicing conservative views in addition to the rest isn’t one-sided. I do understand the problem because I live in Canada and have been bathed in liberal-leftism all my long life: certainly when compared to MSNBC and CNN and the networks (including in Canada), where you never hear a good word about conservatives, FNC stands out as pro-conservative at first glance. But that’s just because you’ve been barraged by wall-to-wall conservative-bashing on the other networks. It’s like if you’ve spent the past two weeks in a totally blacked-out room, then suddenly you see a yellow dot on the otherwise black wall. The dot stands out, especially as it is surrounded by blackness. Fox News’ conservative-toleration is a yellow dot on the big dark wall.

If Doyle cared about one-sidedness, which is what he’s pretending to care about, he’d care  (and bitch, and complain, and whine) about MSNBC and CNN — and you can’t conveniently forget (but Doyle does): ABC and CBS and NBC and PBS, to say nothing of virtually every newspaper and magazine, and the schools, and Hollywood, because they’re hysterically one-sided (liberal). So he doesn’t care about one-sidedness, just preserving his kind of it. He cares that another viewpoint — Fox News Channel — is allowed to exist, and moreover, that it is number one in the ratings, often beating MSNBC and CNN combined. (Again, why do you think that is?) He practically admits that the ongoing campaigns by the far left totalitarians (my word!) against Fox News is “a big deal” because it may knock Fox News out of its awful ratings juggernaut — or even kill it.

So when you headline an opinion column as such: “Why the demonization of Fox News and Tucker Carlson is a very big deal“, and if by that you mean it’s a good idea to demonize, and ultimately stop Fox news, and you’re apparently happy about what’s happening instead of demonizing what’s happening, you’ve crossed a line.

I know it’s hard, but Doyle and all leftists should have the balls — and the intellectual fortitude — to champion Fox News and its “other” viewpoint. Fox News is practically the only one offering it, and any honest democracy-supporting person would acknowledge it’s absolutely vital to have that other side. But some people just don’t have the goods to stand up for this principle. Which makes you wonder what they’re about.

Fox News Channel, especially the hard news shows, is clearly the more balanced news channel, which helps earn them the most viewers. But it definitely has an opinion point of view different from the others, which has also gained them viewers. Overall, it offers a legitimate, conservative — but I content a more inclusive — worldview. If that offends you and you think it needs to be tamped-down or stopped, or “demonized,” then you just might want to re-examine your principles.

Previous articleWho Lobbies Whom?
Next articleMidway through Florida vacation, Trudeau jets back to Ottawa for day of ‘private meetings’