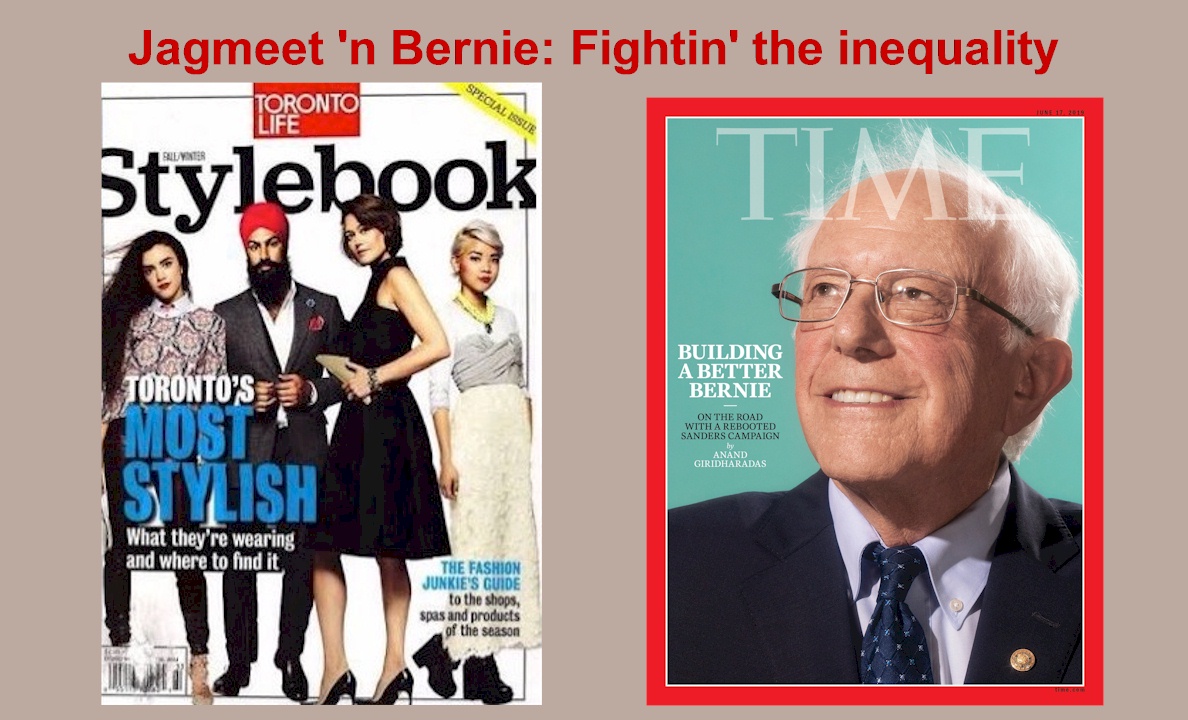 …Singh is the son of a psychiatrist: the tuition for the private American high school from which he graduated is, for the 2018-19 school year, US$31,260. He has been in GQ for his bespoke suits, and owns (according to Toronto Life) two Rolexes…

…He owns two Rolex watches, an Oyster Perpetual Datejust and a ­Submariner (both were gifts); a crimson BMW coupe; and six designer bicycles. “I have just an absurd number of bikes,” he says. “More than one person should have.” His kirpan, the ceremonial Sikh dagger he wears under his jacket, is a steel design by a metal­worker outside Boston. Since joining Queen’s Park in 2011, Singh has become one of the city’s most devoted partygoers, a regular at King West nightspots and gala fund­raisers, at fashion shows and ­Raptors games….

Bernie Sanders fights the inequality too: