I was proud to work with Justin Trudeau as President. He's a hard-working, effective leader who takes on big issues like climate change. The world needs his progressive leadership now, and I hope our neighbors to the north support him for another term.

I doubt that Obama endorsing Trudeau will change many votes, but it's another example [if one were needed] of the Liberal Government's hypocrisy #cdnpoli #elxn43 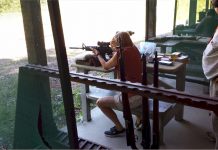