In case you’re stupid, here’s how this works: if she were a Stephen Harper or Erin O’Toole supporter, the Liberals’ newspaper division would run out of ink in their effort to clearly and unambiguously inform Canadians that she supported Stephen Harper and Erin O’Toole and The Conservative Party of Canada and the Tories and the CPC and the Conservatives. But today, they can’t even squeeze “Grit” into their headlines. 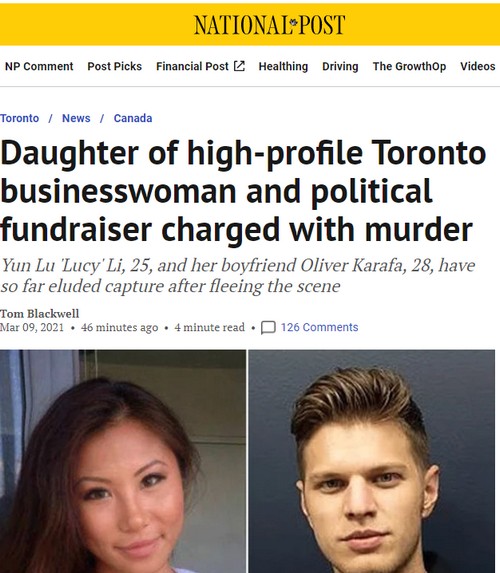 Below is the “businesswoman” engaging in “political fundraising” with a nondescript and totally apolitical “politician”: 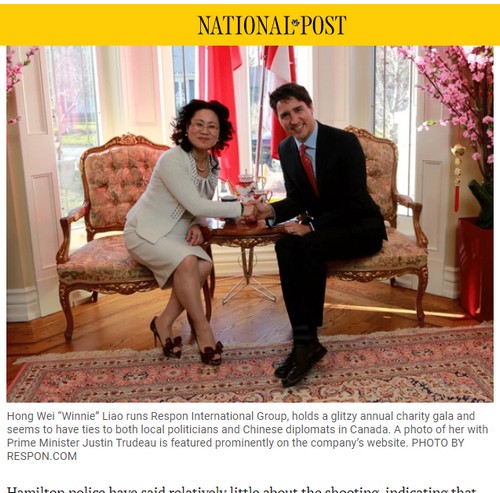 In its version of the same story, the Vancouver Sun division of the Liberals’ media complex dispenses with the nondescript (Liberal Party) connections altogether, with their own deceptive and bias through omission of facts headline: “Daughter of high-profile Toronto businesswoman charged with murder of Vancouver man.”

The state-owned CBC division of the Liberal Party went one better: they didn’t even mention any political connections to the Liberal Party at all, neither in the headline nor in the story, in their woefully inadequate effort at reporting the news, or what I would describe as hiding the news rather than reporting it. The liberalvision CTV News did the same. Global News: same. The Star seems to avoided reporting the story at all whatsoever, for reasons having nothing to do with embarrassing their team in Ottawa.

But trust the mainstream media you guys. 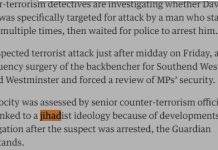