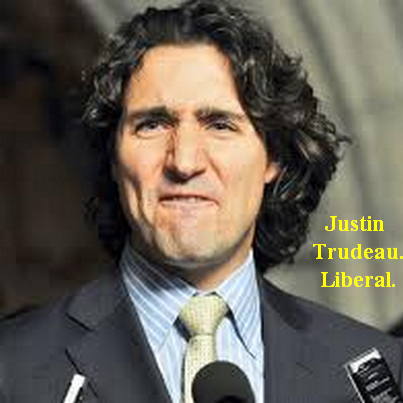 Real nice. A grand display of good judgement, huh? What a class act. What leadership quality.  How proud I would be to have this F-ing darling as my

While I try to avoid the F-bomb even at home in front of the dog (she’s a lady), Justin Trudeau, according to himself, is super special. He doesn’t even hesitate to go full potty-mouth in front of a large gathering of nice people supporting a cancer charity event  —  and he said it emphatically. I mean he really hung on to the word and it spewed out slowly and with purpose. This was no slip of the tongue  —  not that he’d be excused if it was.

His F-bomb and the weird preceding remarks start at the 1:30 mark. He actually sounds like he might be, well, you know, a little “off on something.”

Does he even care anymore? Is this him just flipping Canada off? Is he so arrogant as to think that nothing he says or does matters, and the media’s got his back, and that Canadian people outside of Quebec are so stupid they’ll vote for him anyway? Are people really that stupid? Do I have to reassess my judgement of Canadians?

Imagine the wall-to-wall sneering and caterwauling by the mainstream media and the other liberal-left punditry that would ensue if a Conservative had made this enormous career-ending gaffe. How is this not being absolutely torn apart by the liberal-left’s mainstream media division? (Oh I just answered that.)