It’s appropriate how the URL shortener they use includes the word “trib.al.” It’d be even funnier if they used one that formed the word “object.ive.”

In other news they’re covering in their own cute way, this is what they think is happening: just as they sometimes explain that guns — rather than people — shoot people (unless of course the shooter is a “white male,” and then by golly he was “a white male” shooting an “assault rifle” —whether he was or not), sometimes a car (or “a vehicle,” or “an SUV”) can drive itself through crowds of people. Not a driver of any particular description. Especially not some descriptions. “Car,” y’all. 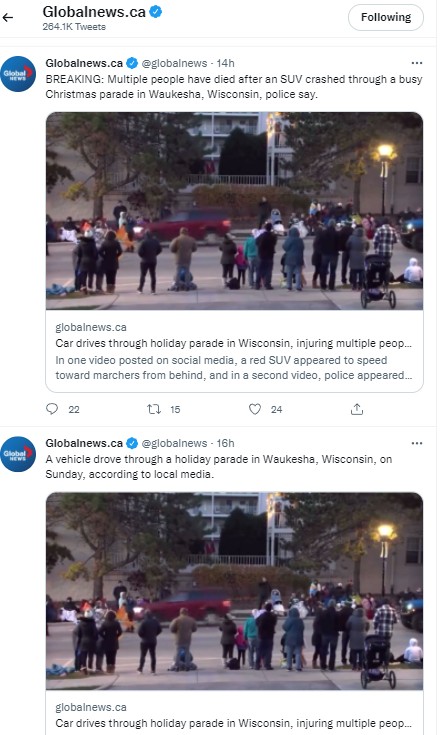 And notwithstanding the fact that the folks in Wisconsin call their decades-old parade the “Christmas Parade,” the news media corrects that nasty — if festive and traditional… and factually accurate — language and presumes to redefine it multiple times as the “holiday parade.” Their “news” media guidebook instructs that they ensure this renaming activity never goes the other way around, however. 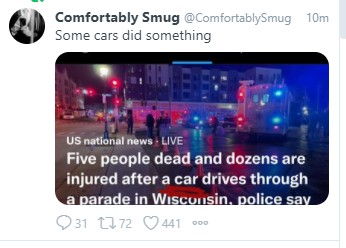