If Justin Trudeau approached me with his mask on (especially when just five seconds ago he wasn’t wearing one), and extended his elbow toward me instead of his hand to shake, I’d… 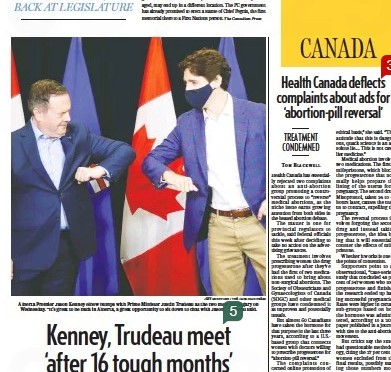 …be more likely to burst out in laughter at him, turn my back and walk away, laughing heartily and genuinely, than to quickly don a big-ass mask as he did, and join him in this ludicrous, infantile “elbow-bump,” and act, as he most certainly did, like a true performance-artist idiot, all for the cameras.

Trudeau is a giant mobile virtue signal play-actor and poseur. He lives and breathes (literally breaths quickly and often in short gasps multiple times in the middle of sentences for some reason) empty symbolic gestures, and vacuous bromides. And woke shit. Obviously.

As Trudeau jets ever westward and now deep into his comfort zone, the NDPland of John Horgan’s BC, he’s photographed by the Vancouver Sun being (A) ever-so prudent and compliant with (non-existent) government orders or even recommendations to mask-up, with lefty-bro Premier Horgan (NOTE that BC is officially in “Stage Three,” wherein masks are no longer mandatory even INDOORS, let alone outdoors where these two performers are performing, and it has been scientifically proven that this is an exercise in performance art only), and elbow-bumping like idiots to boot; but (B) five seconds earlier, by the state-owned CBC no less, not masking at all and just standing around when the leftist bros weren’t ready for the cameras to take photos of their very bare maskless mugs.

This is how naughty news media get their taxpayer subsidies cut back. 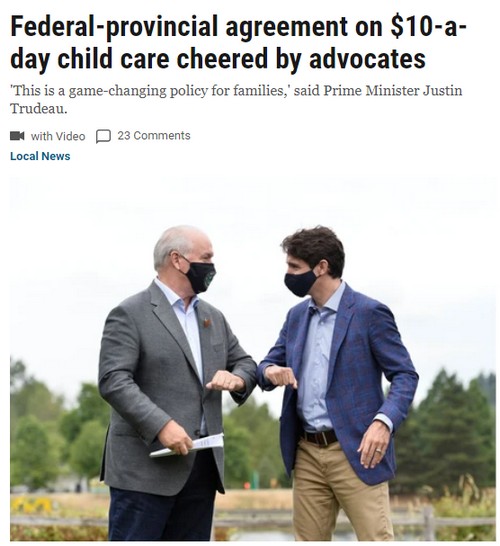 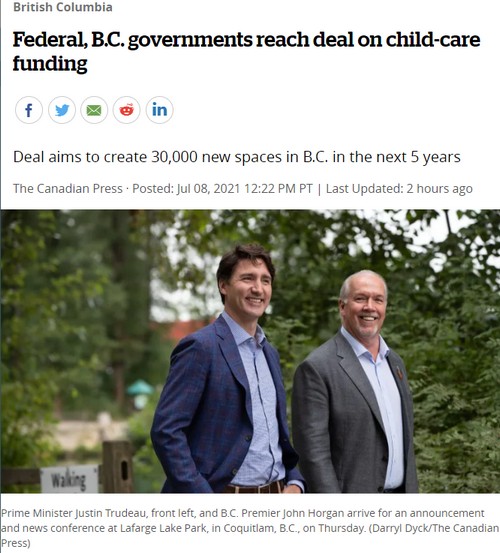