Feminists Being Difficult Over Dog Whistles Heard About Jody Wilson-Raybould 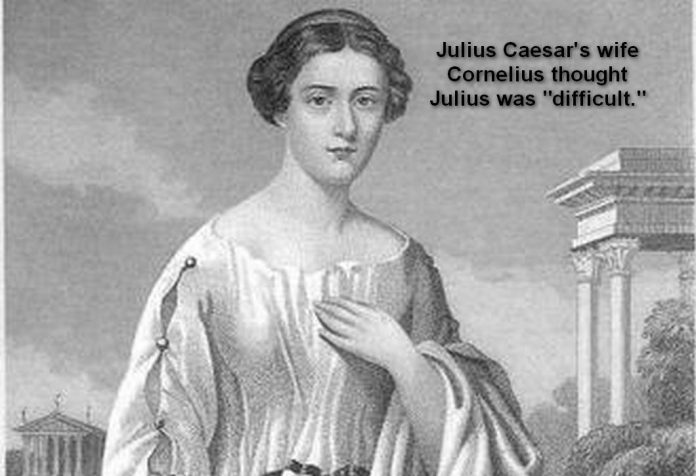 Justin Trudeau, in allegedly pressuring a minister to favor a Liberal Party corporate crony in trouble with the law, is caught in an example of shameful mistreatment, if the allegations are true. The whole package of allegations is worthy of Trudeau’s impeachment two times over, if true. Perhaps jail time, if true. But I’m also sure the “shameful mistreatment” of Jody Wilson-Raybould has utterly nothing to do with her being a woman. It would be shameful regardless of sex, or race, or religion, or indeed, political party.

But feminists like the university professor and the assistant professor are jumping on this like it’s a war against women or in this case even worse — indigenous women. Which is why the feminist movement — and what they teach in universities — has become increasingly mockworthy. Feminists in the liberal media are almost uniformly complaining, for example, that Wilson-Raybould being accused by liberals of “not being a team player” is a dog whistle of some sort against women. (Oh dear did I say dog? That’s probably a dog whistle too. As is dear.)

Liberal insiders who perhaps did not get the sunny-feminist-ways memo have suggested Ms. Wilson-Raybould is not a team player. Doubtless, many across the country are rolling their eyes, recognizing these stereotypical cheap shots against women who beg to differ.

What I recognize is that that’s garbage. Feminist garbage.

“Not a team player” is a familiar and timeworn trope — one I learned before going to university, or even entering high school. As militant feminists will happily teach us with fists raised in the air and wearing those cute pussy hats, women have been kept from entering the workplace all the many centuries during which that expression has been used. Surprise quiz: When it was (and still is) used against men, was it “anti-male?” “Anti-masculinist?” “Anti-white?”

I’m quite sure that if the allegations against Trudeau are correct — that he did pressure Wilson-Raybould to cut their corporate crony some slack and she refused, that she was not in fact a “team player.” So good on her for not being a team player on Trudeau Team Criminal Collusion, if that were the case. But feminists live in this weird blinkered world where criticizing a woman for any reason is sexist. If a woman member of the Mafia refused to “off” a rival gangster down the street, she therefore isn’t being a team player, but I’d suggest that’s a good thing, not a bad thing, and calling her “not a team player” would be a compliment, right? Conversely (sort of), if a woman was doing a crap job, calling her out for it is not sexist. Not calling her out just because she’s a woman — is. Or am I wrong because I’m a man? (I’m pretty sure I am!)

So that was stupid. But the lecture goes on:

One of our own? Wow! Holy identity politics Catwoman! That sounds totally divisive and, er, toxic — and that’s without even touching the term “toxic politics” which I’ll allow to pass because for once a feminist didn’t use the word “toxic” in conjunction with “masculinity,” a term which is one of the most egregious anti-male sexist things ever uttered.

But apparently getting the sexism and feminist dogma backwards or being a hypocrite is a problem shared by many feminists.

Another Globe and Mail feminist, Elizabeth Renzetti, who makes a habit of writing silly things even though by golly she’s a woman, asks, “What happened to our ‘feminist’ Prime Minister?” Not to “mansplain” it to her or anything, but my obvious question is what does his “feminism” have to do with this? I’m not defending the manwoman Justin Trudeau or his socks, as I think he’s possibly the worst prime minister we’ve had since Conservative Prime Minister Kim Campbell, but this has nothing to do with “feminism.”

That didn’t stop Renzetti from going on and on about the feminism. She writes:

…the minister was described as “a thorn in the side of cabinet” “difficult” and “sort of in it for herself.”

So again, apparently, simply criticising a woman (rightly or wrongly, for political expediency or whatever), is itself sexist and anti-feminist because, you know, you can’t criticize her, because of her sex. This opinion of Renzetti’s is literally the definition of sexism as I’ve said.

But Renzetti keeps digging, talking down to us with this tidbit of elitist, feminist condescension:

In case you didn’t know, “difficult” is a whistle that feminist ears are particularly good at picking up. It is part of a familiar and timeworn melody.

In case you didn’t know, that’s ludicrous. This is like feminist derangement syndrome or something.

“Difficult” — from the Latin difficultās — is a word the Romans thought-up not to insult Renzetti, Wilson-Raybould, or other feminists. Countless employers — probably including Julius Caesar but also his wife Cornelia, have used the word countless times against male employees and female, just before firing them, over the course of history. Caesar and Cornelia were not born and history did not begin in 1984, which reminds me more people should read that book.

I would think that if Wilson-Raybould were doing the right thing in not acting as Trudeau commanded, then being “difficult” was very smart! Feminists should take it as a compliment for “one of their own.”

I don’t know if that “whistle” sound feminists apparently keep hearing is ever “smart.”

Previous article
Canadian News Editors: “Call It Anything But Liberal!”
Next article
Can We Get A Refund On These Lies?