F-35 purchase was terrible under the Conservatives; now it’s totally cool under the Liberals. Huh. 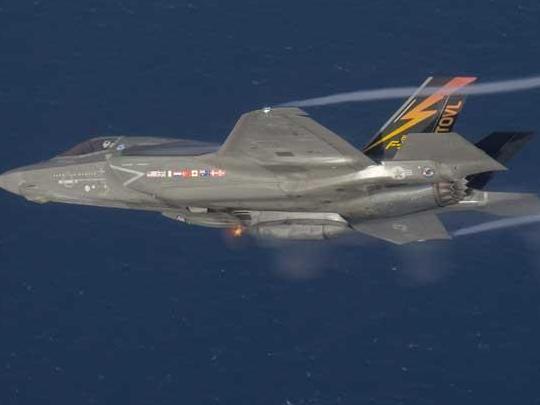 Peter MacKay is on about the F-35 purchase today in the National Post. He’s one to talk, as he was instrumental in helping advance the plan to purchase these aircraft back in the days before sunny ways, and then in ditching the program to save his own political hide. He admits as much:

… Certainly, the previous government, of which I was a part, should have been more resolute in ensuring the operational future of the RCAF by weathering the criticism and sticking to its guns. Yet public opinion is a weighty consideration and we blinked. …

He tacitly acknowledges that under the Conservative Party leadership of which he was a huge part, the government allowed public opinion — not science, facts, logic, necessity, the ability of Canada to continue to exist — to take precedence.

But he says later, “This is not the time to relitigate.”

Well, he can say whatever he wants. For some reason, he gets to without even being forced by national newspaper editors to actually address the issue at hand, and the issues that were at hand back then when the issues were literally in his hands. He gets to simply declare, “This is not the time to relitigate.” The image that comes to mind is when somebody is being lambasted on Twitter for not giving an F…

The issue not wanting to be relitigated by Peter MacKay (or the National Post as far as I can tell) is the weakness or complete absence of political leadership for the past decades that led to this virtually criminal ignorance of our nation’s ability to defend itself against hostile actors or even risk its oblivion. What doesn’t need to be litigated is that this is actually the government’s first priority. That they failed horribly is crying out for litigation. We’ll have to do it ourselves though, as apparently neither he, nor the current government, nor the “news” media, is ready to.

So, while the Trudeau government has flip-flopped, promulgated outright lies, and exhibited epic levels of poor judgment on this F-35 file (MacKay quotes Trudeau here: “their politically expedient position from the 2015 election to ‘never buy the F-35, because it doesn’t work, will never work, is too expensive and is not what the RCAF wants.’ Those words, spoken by Justin Trudeau, have all been proven false and the inevitable decision to make the same choice as 17 other countries is welcome…”), he and his own government demonstrated poor, weak leadership focused on nothing but maintaining power and winning elections too. That’s what took precedence in both cases — instead of, you know, Canada. Good, honest, moral, forward-thinking, responsible behavior was AWOL. A pox on both houses. (And don’t even get me started on the you’ve got to be kidding party, the ridiculous NDP.)

This is a story of abject cowardice and a lack of leadership, and of self-centered power-mongering. They failed to lead. As political leaders, it was their job to explain to and convince Canadians of the need for the F-35 (and much more) back when it was needed. They shirked that responsibility to the people and to the nation, perhaps ill-equipped in that capacity, choosing instead their own selfish political survival. Ahead of the needs of the nation. And that cowardice and lack of leadership and that self-centered political ambition have all continued to this very day, as Trudeau likewise fails to even acknowledge his perfidy — worse by any measure — in all of this.

And obviously, the “news” media also fails to acknowledge their own role in helping put Canada at the extreme risk it is now at — nearly defenseless, quite literally. As a matter of fact, the “news” media has a huge responsibility to ensure that politicians and those in power are held to account, held up to their responsibilities, and made to answer for their decisions; instead, the media have acted as activist political hacks for the Liberal Party. And doing so at the expense of Canada’s very national security.

As evidence of the media’s perfidy, we only need to look at how docile the “news” media is today on the occasion of the decades-late — hopefully not too late — announcement of the F-35 purchase. The flip-flop. The lies. The politics. And what has been at stake. Their dishonesty is an abomination.

“We blinked” doesn’t cut it. “Litigation” is the least we should do.

Look, I’m sympathetic if MacKay is annoyed that the F-35 purchase is now being presented as right-on, necessary and correct, and without any of the negative political history on the part of Justin Trudeau and the Liberals by the Liberals’ very own “news” media divisions and by so many Canadians at large. It is indeed absurd that these very same people castigated the Conservatives for even considering this very same purchase back when it was the timing was far, far better and smarter. While MacKay was in government faced with making the decision, he and they were raked over the coals for even considering what was described in the media as obviously wrong for our national defense. But that doesn’t absolve MacKay of any responsibility for the way they cowered and failed to lead.

In the absence of relitigating our country’s grave errors, I’m not sure what his whole point in writing this was, aside from polishing his own turds. Which is at least adjacent to how we got where we are today.

But the fact is, the decision has finally been made to purchase the F-35. Aside from doing the necessary relitigating of the errors of the past — if only in our own minds — the only remaining problem now is figuring out how to pay for this multi-billion-dollar purchase now that Trudeau Liberals have doubled our national debt to over a TRILLION dollars, our annual deficits are beyond anything in history with no end in sight or even planned, and a ton of new spending on still more national welfare programs have already been announced. HINT: we do it by not starting still more social welfare programs, making Canada even more of a social welfare state without even a means of national defense. And by voting smarter.