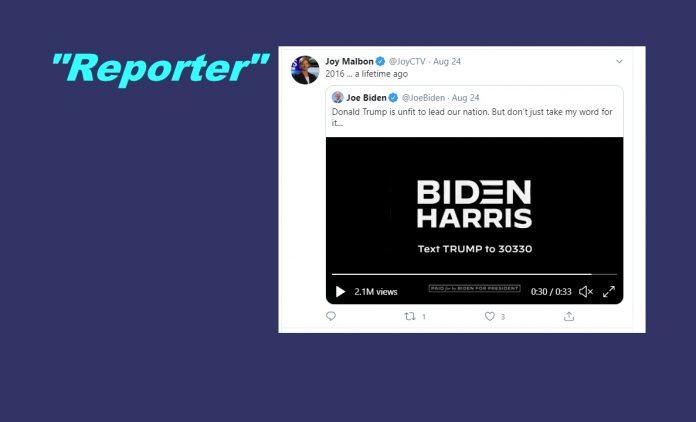 Yesterday, CTV “News” embarrassed themselves by touting a CNN “fact-check” (CNN doing any manner of “fact-check” is hideous in and of itself). Their “fact-check” was on the Republican Nation Convention, which, beyond hideous, is journalistic malpractice. Actually, they “fact-checked” Melania Trump’s lovely speech, making it all the more ridiculous: 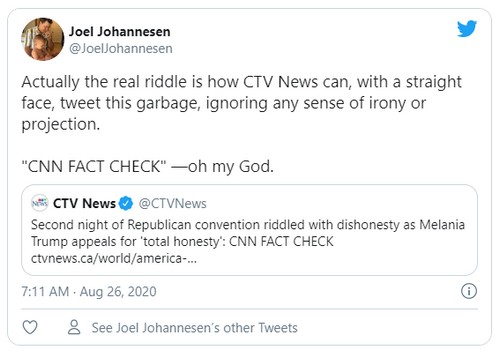 CNN is arguably the most dishonest “news” outfit outside of China or North Korea. And I’ve watched and read Canadian news! But nobody can legitimately argue — no honest person does — that CNN is not absolutely, utterly partisan (virulently anti-Trump/Republicans/etc., as if I had to tell you), nor that they literally cheerlead for the Dems all day long. Let me put it this way: only ardent — and dishonest — liberals would argue that point, but no conservative would argue that point. Conservatives would laugh. As weird as it sounds, that helps prove the point. I’d no sooner ascribe credibility to a CNN fact-check than I would one from China or North Korea state media. I’d trust Canada’s state-owned CBC before I trusted CNN, and that’s saying a lot, In fact, I’m throwing up right now.

The day before yesterday, CTV first relied on CNN to bash the first night of the RNC. But they added context you guys! They compared it to the glorious (and super-honest!) Democratic event the week before. A broad sweeping LIE! was all they could muster after a night of really good, inspiring, mostly uplifting pro-America speeches (including lots from black Americans who are Republicans, including many women, and this drives liberals mad with rage). Look at this balanced headline:

Check out its first line — and remember, this is “reporting!” — which CTV published to their site as “news”:

“The Republican National Convention started off with a parade of dishonesty, in stark contrast with last week’s Democratic convention.”

It then goes off for thousands of words, detailing — disputing, actually — every word that was said at the convention, no matter how banal.

In order of their actual headlines by the day — all duly highlighted with a giant red bolded “FACT CHECK” banner (courtesy of the super-honest CNN!), as you can see in the actual screengrab below:

It turns out CTV has a whole section of their “news” website in which they rip into Trump, VP Mike Pence, Melania, and any other Republican they can slam, all under the rubric of “AMERICA VOTES.” Must as those phony “get out the vote” pushes are really “Vote, but just for Democrats/Lefties,” “AMERICA VOTES” really means “Vote, but don’t vote Republican.”

Here’s CTV Washington “reporter” — not a professional partisan political activist or Democratic Party/Liberal Party operative (that I know of) — Joy Malbon, imploring people to vote, in light of a video she attached — a video which was used by the Dems during the DNC as one of their PR or advertising props. The video warns that Trump wants to prevent people from voting™, because Trump knows, see, that if you do vote, see, Trump will lose. Malbon’s comment? “VOTE” — in all caps.

The CTV’s other Washington activist — excuse me, “DC-based correspondent” — is Richard Madan, and he’s no better. His Twitter rap sheet is just as anti-Trump as Joe Biden’s. He literally appears to be working for Biden. Here’s one example from among way too many to cause any confusion as to his bias, and, in the end, get-out-to-vote-correctly activism:

"Donald Trump’s party is the very definition of a cult of personality. It stands for no special ideal. It possesses no organizing principle. It represents no detailed vision for governing" – @TimAlberta on the state of the GOP: https://t.co/WDUj5n8gqD

So if I understand correctly, and I do, “reporting” means being a partisan activist and anti-Trump, pro-liberal/Democratic cheerleader, and not a reporter at all.

Here’s “reporter” Malbon retweeting another DNC ad —sorry, “reporting” on a DNC ad— which is a compilation of Republican leadership campaign candidates hitting against Trump in the heat of their leadership battle in 2016 which she needed to report on now because reasons.

Super objective and contextual and apropos of everything you guys. Here is the last frame in the cute li’l video she tweeted out for your newsy information: 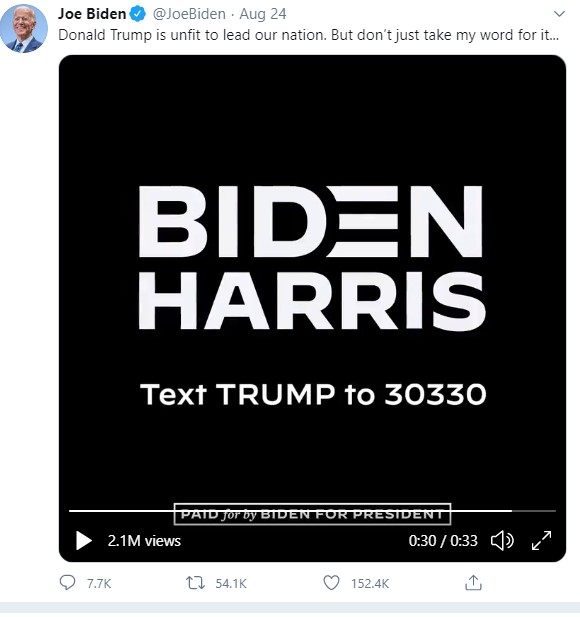 It’s literally a Biden/Harris campaign ad. Which Joy Malbon tweeted out. As a reporter. Bear in mind there are no Trump ads she could “report” on, except for 8,000 of them.

I can find no tweets or evidence of any honest “fact-checking” or attacks of the DNC at the CTV’s specious “AMERICA VOTES” section of their “news” site. Just anti-Republican. Here’s an actual headline not on that page, but which I found after running a search at CTV: “CNN fact checks the first two nights of the Democratic convention.” First line (hold your laughter!): “To be frank, there hasn’t been a whole lot to fact check from the Democratic National Convention so far. We’ve been watching closely.”

I kid you not.

I believe this is an objective truth: CNN, along with most of the other American “news” outfits, are the literal mouthpieces of the Dems and libs. CTV knows that. So why they would use CNN to “fact-check” the Republican National Convention is easy to answer. Neither CNN nor CTV are “news” organizations, as we can see from their content and from their “reporters.” They’re not doing the news right at all. In fact they can’t even be called “news” anymore. They’re doing political activism very well. Which makes it all entirely dishonest. “Egregiously” so.

And yet here they are reporting — as fact — on some perceived dishonesty.

Their own egregious dishonesty aside, it’s insulting and really rather amazing that they think you’re so stupid.