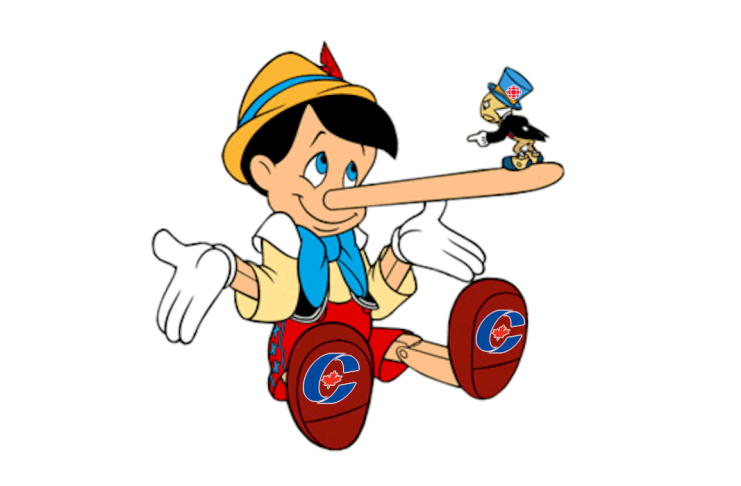 #Analysis — I honestly think they’re just misguided. Don’t get me wrong: I think this misguiding is purposeful and nefarious, but they really do think it is their role to be the official government-funded defensive team for… the government — as long as the government is the Trudeau Liberals. Or Liberals of any description. Well, defense for them and their bros and sisters (if there is in fact any difference to the lefties in those sexual distinctions anymore) in the NDP too, because they similarly get caught up in inane policy proposal trial balloons of their own making, and are equally ill-equipped to defend themselves when they turn out to be made of lead.

The CBC folks now think it’s just part of their job to do political oppo research and political hits against the Conservative Party, and run defense for their team.

Don’t worry, it’s an #Analysis. Here they are — the state-owned, taxpayer-funded CBC — doing what they declare up front is an “Analysis” (leaving absent the word “Political,” because they know it wouldn’t play well to remind people they are, in fact, being overtly and absolutely one-sidedly political). It’s as if adding the word “Analysis” would make it appear more objective and somehow based on science, or like it’s an academic study or something, thus excusing them from their journalistic duty to be fair and impartial —just for this one special moment of crisis. (And note how instead of acting like grown adults, they put “Analysis” in a damned hashtag like a 13-year-old girl on TicTok would.) 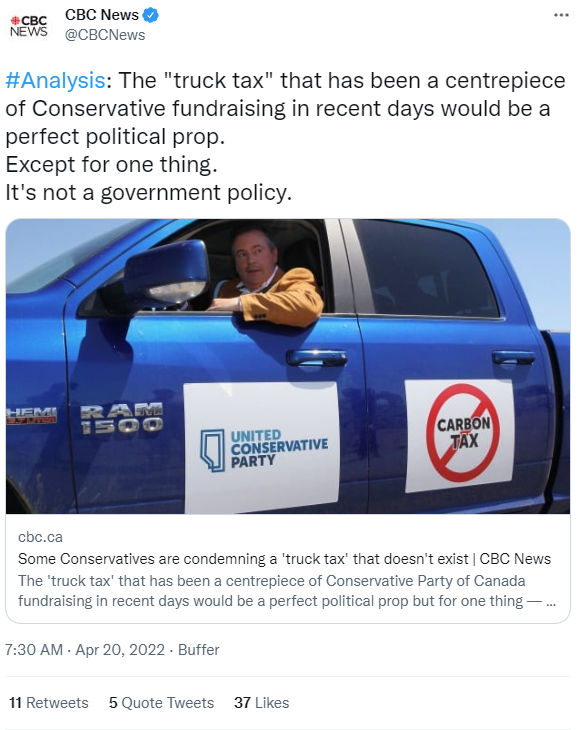 The state-owned CBC’s reporter, Aaron Wherry, writes it up like it’s another threat to the Democracy story that they so adore, failing, always, to see the irony. And like he is the best positioned (and the CBC website is best positioned) to scold the self-evidently nasty and evil Conservatives for daring to take aim at the always and forever ever-so honest Trudeau Liberals. It’s about #Honesty y’all.

It’s certainly true that most politicians — maybe all of them — present facts in ways meant to advance their arguments. Most people probably do that from time to time. But to condemn a policy that does not exist and has not been promised is something else entirely.

“Something else entirely.” It’s the first time it’s happened in Canada and Aaron Wherry is on it! With an #Analysis of the situation. He goes on for over 1,000 words like this, to make his point which is an objectively infinitesimal one. Picayune at best. I guarantee you no Liberal Party TV ad will ever be 1,000 words.

No word from the official state hall monitor on the age-old Liberal/Left (and “news” media but I repeat myself) campaign trick wherein they dredge up that inexplicable — yet fer sherzies evil — ghost called the “Conservative Hidden Agenda®” at every election, and repeatedly ask the Conservative candidates what they think about abortion (wherein they call it “reproductive rights” or “women’s healthcare”). Wherry is selectively concerned. “But to condemn a policy that does not exist and has not been promised is something else entirely.” #Honesty! #Analysis!

Nor any word from the #Analyzer on Trudeau’s Honest Abe-like declaration that gay Jewish Conservative women MPs “stand with swastikas™”, nor anything about those new totally science-based “pregnant people©” (and their sisters and brothers, apparently, “menstruating people©“), or how about a few hundred words on “two weeks to bend the curve™”, “masks totally don’t work don’t wear one®“, “masks are mandatory®“, “vaccines are mandatory®”, “several vaccines are mandatory plus masks and vaccine ‘passports’™”, or move to “carbon tax will stop climate change©” or even “the budget will balance itself™”. Not even one official CBC #Analysis.