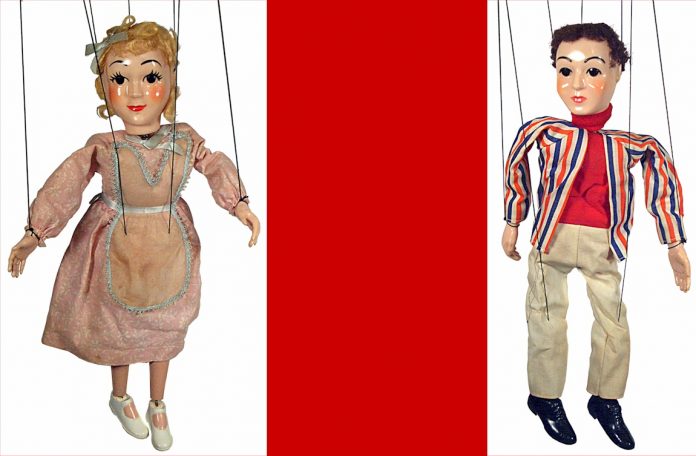 Justin Trudeau and the Liberals and their bill C-10 represent yet another battle in a huge cultural, political, and ideological war. And Canadians — particularly conservatives — have chosen “not to die on that hill” so many times in the past, the warriors have become emboldened. Their newspapers division now write about (Canadian!) government plans to enable government authorities to barge into private (Canadian!) stores, buildings, and offices, and forcefully gain access to (Canadian!) computers and employees’ cellphones, review what’s on them for what they deem to be nefarious thoughts or speech or language-related material, then abscond with the forbidden data under the looming threat of the state’s punishment — and they write this without even batting an eye.

Get a load of this segment of the Globe and Mail’s editorial by its Editorial Board today, headlined “François Legault just set a constitutional trap for Justin Trudeau,” about the French “Nation’s” Bill 96 — their latest demands on what remains of our clearly stupidly-constructed and now increasingly lame Canadian constitution. Moreover, note how they managed to actually type these words out without any accompanying outrage whatsoever:

…It tightens commercial sign rules; increases fines; sets quotas on how many non-English speakers can enroll in English-language colleges; and requires that French be the chief language of work in businesses with more than 25 employees, down from the current benchmark of 50.

To ensure businesses are complying, it forces them to give language inspectors access to work computers, or any other electronic device containing data, in order to “to verify, examine, process, copy or print out such data.” …

That last bit would be totally ubiquitous within any of the former Soviet Union dictatorship’s newspapers, Kim Jong-Un’s North Korean propaganda sheets, or in today’s official Chinese Communist rags, as the “reporters” report on the cleansing of their populations of dissidents (always for “democratic” purposes!), using their big-booted government thugs’ authority. It’s what you used to only read about in, you know, Fascist states. Dictatorships. Shit-holes, to use a famous former president’s terminology before he was banned from speaking by “freedom” and “democracy” experts in Big Tech who were universally cheered on by our establishment news media’s freedom of speech and democracy advocates, oblivious to the irony and perfidy of their ways. The fact that an establishment newspaper — arguably the most established newspaper in our erstwhile “free” country — can write those words without so much as a warning as to their clearly un-Canadian and authoritarian nature, is astounding. And I’m speaking as someone who is jaded by reading years of this increasingly vile crap put out by the left’s news media.

As Andrew Coyne wrote (and as I mentioned) just a couple of weeks before when he was trying to explain the horrors of bill C-10’s goal of Big Government regulation of the internet, “I still can’t believe I’m typing that phrase…”.  It seems the rest of the Globe and Mail got over it pretty quickly.

I told you this can happen quickly, especially when every hill is a hill you won’t die on. But even I’m a little surprised how quickly Canada is disassembling.

Quebec’s (sorry — “The Nation of Quebec” — that was another hill we died on) French language and culture authoritarians are doing the same sort of government-control thing as C-10 today, only in French. It is a bilingual country, after all. Bill 96 seeks to mandate French, and also to just go ahead and unilaterally change Canada’s constitution so it’s more to its liking.

But don’t worry, Canada has a political leader to stop this. Right? Wrong. That’s totally cool, say Canada’s “leader,” Justin Trudeau. (Hint: this would be another hill.) So if you were hoping to pass off your responsibility to Trudeau, and have him stand up for Canada in your place, which is arguably what he’s getting paid to do, with you in charge, forget it. (Remember: you’re the marionette, not the other way around!)

Of course it is important, this disassembling of Canada. But most Canadians don’t see it that way. They view government compliance as their job; and to do it with politeness and by being quiet about even the most egregious government diktats, because this is seen as more important than freedom, or dignity, or one’s human rights, or you know, Canada. Or something. So disassemble away, “eh.”

Nobody outside of the Liberal Party Politburo even cares (least of all in Quebec, where the Bloc intends to support passage of bill C-10 along with Justin Trudeau’s NDP division as led by its political marionette, Jagmeet Singh, who self-styles as the “DEMOCRATIC socialist” stressing “DEMOCRATIC” as emphatically as he can muster without breaking into laughter).

If anyone truly cared, proposed laws like this wouldn’t even be brought up in serious or polite conversation, much less accepted by so-called “democratic” parties, as it now already is, as a fait accompli. (There’s my French component, “marionette” and “fait accompli,” which may or may not keep me online or out of some damned shit-hole government re-education camp).

Bill C-10 mandates, by government authority, that those who create content — people like me — and I’m quoting the bill here — “serve the needs and interests of all Canadians — including Canadians from racialized communities and Canadians of diverse ethnocultural backgrounds, socio-economic statuses, abilities and disabilities, sexual orientations, gender identities and expressions, and ages — and reflect their circumstances and aspirations, including equal rights, the linguistic duality and multicultural and multiracial nature of Canadian society and the special place of Indigenous peoples within that society.”

That’s this year’s bill. Which builds on previous bills. Which all reduce your freedoms, not enhances them. Which all increase government control over you, not reduce it. How long before we casually read in the Globe and Mail another glib piece about the federal governments plan to reign-in “wrong speech,” using almost identical words as they did today: “To ensure writers and speakers are complying, it forces them to give speech inspectors access to work computers, or any other electronic device containing data, in order to “to verify, examine, process, copy or print out such data.” …

As a Canadian who has run a politically, boldly conservative Web site, with bold American commentators, and millions of American and Canadian visits over many years, and created many YouTube videos — one alone concerns American politics and has about 6½ million views — I refuse to dance to their Soviet-style un-Canadian tune. Not being a government-controlled marionette is my God-given right, it’s not a Trudeau government-given right. So it is unalienable, and it is paramount, is what I say. In English only.

Previous articleCould you spare 20 cents for the TRULY needy, Mr. Trudeau? No?
Next articleBiden supports Putin/Russia gas line to Germany; but kills thousands of Canadian Keystone and Line 5 jobs and investment