They will invest $5 billion on this new pro-Canada, pro-freedom, and pro-democracy equipment.

For Canada’s proud military missions, Liberals have recently rented former communist Soviet Union heavy-lift aircraft from Russia —replete with Russian flags and insignias— in order to fulfil our great nation’s responsibilities as a free capitalist civilized nation. The Liberals failed to see the irony. Liberals never get the joke, even when it’s their joke, or more particularly when they are the joke.

The likely choice for the four new (new!) strategic aircraft (which we’ve never even had before) is the American-style C-17 from Boeing, which will drive the liberal-left absolutely batty, inasmuch as it isn’t made in a communist country or Euroliberal Europe but rather in Bush country by “morons” and “idiots”.  Nonetheless, it carries about 144 “superior race” Canadian “militants” into areas affected by the likes of the “militant” Saddam Hussein and “gun-toting” “so-called terrorists” in places where the Canadian forces need to fight the “so-called global war on terror”, and areas that have been hit by George Bush’s global warming floods, hurricanes, and earthquakes. 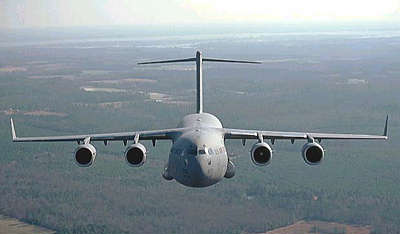 The likely choice to replace the old Hercules aircraft is the new (new!) version of that old reliable.  Again, it’s American-style, made by Lockheed Martin (not Paul Martin’s brother—don’t worry), although liberals will press for a Russian or European model instead, because those planes more “tolerant” and “compassionate”. 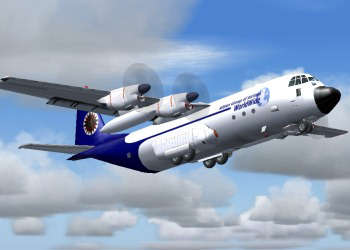 The Harper Conservative government has just this week committed to buying new ships, new helicopters, and now these new aircraft.