And the seas will rise FOUR FEET in 10 years 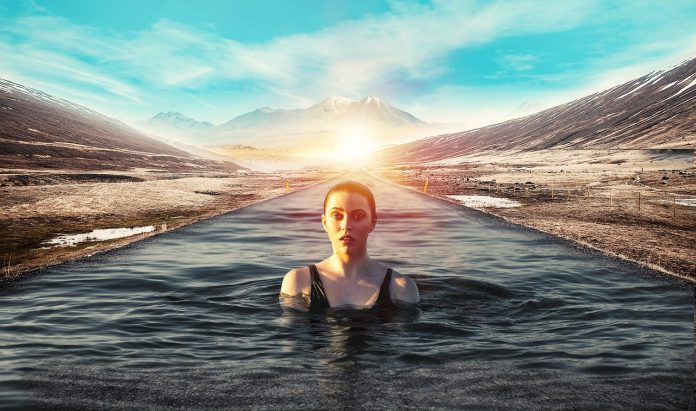 Prolific author Andrew Cohen says some good things about Canada which I agree with (read The Unfinished Canadian). But this week in a Postmedia op-ed, he camps with the likes of man-made global warming alarmists in predicting something dumb: “Wilson-Raybould and Philpott begin their journey to obscurity.” I wouldn’t bet on it.

The sub-head says, “If the Conservatives are elected, they will care little about Indigenous issues, gender parity, a pollution tax, public broadcasting, pharmacare and much else championed by both Jane Philpott and Jody Wilson-Raybould.”

He says it like it’s a bad thing. He also sounds like he’s predicting a Conservative election victory in October. That much I’ll buy. The part about those two ladies’ pending obscurity, though, is Alexandria Ocasio-Cortez Green New Deal -style wrong.

Then yikes. I heard if you say a woman “sulked,” and/or “simmered,” and well actually, if you used any verb, noun, adjective, or adverb to describe most anything she did, then you’re a sexist and possibly a fascist. That’s what the Trudeau Liberals have instructed us (also see “racist”). So this is confusing because it’s 2019, and etc.:

When things did not go her way as minister of justice, she sulked, simmered, walked and then talked. She proclaims herself a truth-teller, as if her truth were the only one.

Dear God. That is going to sting someone, but probably not who he thought. Wilson-Raybould and Philpott are nothing if not tough. That comment may hurt himself and the Liberals more than the ladies.

Insofar as “truth,” let me explain this again, even though Mr. Cohen is actually erudite enough to know this: there is only one truth. That’s why they call it “the truth.” Logic dictates that there aren’t a variety of truths, or, say, each person’s own truths. That’s why they dubbed those as “opinions” or “views,” or as the infantile Justin Trudeau says with a straight face about allegations of his sexual groping, “experienced differently.” Learn the truth, my friend. (Alas he couldn’t help himself. He goes on, “With a towering self-confidence, she vows to continue to tell her truth as an independent.”)

He’s not done, but he should be:

Wilson-Raybould’s departure was cheered in the legal community, which saw her as a weak minister with a thin résumé. She is no loss to cabinet.

That just sounds a bit puerile, if not utterly incorrect, and moreover, excruciatingly poorly-timed. Maybe Cohen should have counseled the Sun(ny) King of Thin Resumes, the intellectually immature Mr. Trudeau, weak as he was, before he hired her — which he did to such great feminist and indigenous and virtue-signaling fanfare and to the cheers and adoration of the fawning, infantile media community. Maybe Mr. Cohen should have written a scathing indictment like today’s, against that potential hire, back then. Ah but you see, nobody can really predict the future.

He might also have warned the media about their idiotic years-long Trudeau fawning and face-licking festival too, since, speaking of obscurity, predictions about the print media’s are now far more plausible. And predictable.

This ongoing caterwauling after the thing blew up in their faces all looks a little embarrassing for all of them, now. Sure, I enjoy this, but I’m about ready to move onto other matters of corruption and ineptitude, pre-election.

It all seems a little peevish and politically-motivated. But I am excited that such a bold, if harsh, negative editorial was allowed to be published in mainstream Canadian newspaper — about a non-conservative, for once. You should all frame it. It’s amazing and fresh in that way. Of course it’s not so much anti-liberal as anti-things-that-could-negatively-affect-liberals, but I’ll take it. I loves me some liberal-on-liberal action! Now mind you, this is all occurring before the Trudeau Liberals’ news media subsidies ‘n deck-stacking slush fund kicks in to finally bastardize and make comedy of the idea of an independent media, so, all the more reason to frame it.

The liberal-leftist media, having carried the liberal-left’s water all these years, show no sign of stopping, and arguably, the exact opposite is what’s rising. They will raise the hard liberal-left feminist agenda of JWR and Jane Philpott happily, obscure as they may otherwise be, just as they keep in the limelight, for no sound reason, what at least 85% of the country cares not one whit about — the obscure NDP’s message.