Act now or forever hold your… self to blame (Part 1) 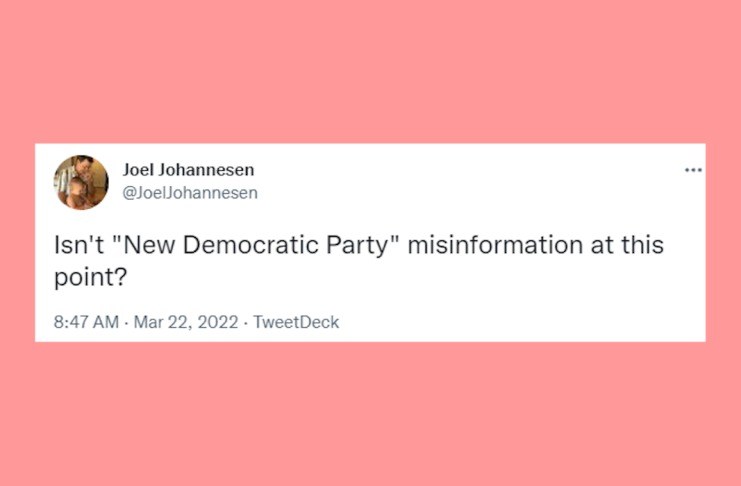 I used to mock the NDP because they have this evil habit of trying to fake Canadians out by telling them “No, no, no, we’re not ‘socialists,’ we’re DEMOCRATIC socialists!”

It’s a pretty brash lie. I’ve always added a “—wink!” at the end of that claptrap. Because see, it’s a lie. Well, now they have as much as come out and admitted it. They are anything but democratic. So until they change their name, they are now also guilty of misinformation. And we all know how the Trudeau Liberals and the NDP feel about that, don’t we? “Unacceptable views” (unacceptable to them, that is) are de facto “misinformation” or worse, and as we have been warned, and as some have had their financial lives and careers frozen or ruined, and some have been arrested and/or jailed as a sign — it’s a warning of what’s to come in that regard.

The socialists of Canada — a term I used to reserve for the purposely misnamed “New Democratic Party” (well, that is, I reserved it for them and the Communist Party and so on) — is now the Liberals and the NDP together as one.

The lowly “people” — that’s you! — voted for a minority Liberal government, but most actually voted for the Conservatives, with the NDP in its usual spot as the annoying woke scolds, Karens, and hallway monitors. And the NDP’s votes are only thanks to the “news” media and academia keeping them alive at all.

But neither the NDP nor the Liberals (but, apparently, I repeat myself) got the votes they wanted last time around. And they are freaking mad. And they have been ever since that last election. You can tell. They’ve been dour. Bitter. Angry. They’re fed up with you. They’ve had enough. You voted wrong. You’re stupid. Too stupid to vote correctly. This is…unacceptable. And in their minds, this cannot stand. They were entitled to win. They own this shit. You voted wrong and to quote Justin Trudeau, “unacceptable views” are, well, unacceptable. That’s not how you were supposed to vote.

So, they’ll just fix that on their own — you will have no say. Democracy doesn’t matter one whit to people with a mindset that says power and control over the people at all costs because we want it and we deserve and we are owed it, because reasons. Canada, to them, is a left-wing country, the science on that is settled, the UN agrees, the teachers agree, the “news” media agrees, and so dammit, they intend to prove it by forcing it to be left-wing and, by the way, left-wing only (remember Canada now has something called “unacceptable views!”). Soon, their dream of a one-party state will be real. The “news” media couldn’t be happier. Academia can’t contain their glee. It’s what they’ve all been working for. Together.

Now that they have married in their secret backroom deal, and have effectively merged, both are literally declaring they have no use for democracy or those stupid elections or how dumb people like you voted. Voting is for shmucks. Sunny ways for socialism.

So for the rest of us (the 82% who didn’t vote for an undemocratic NDP/Liberal left-wing socialist majority coalition), it’s fight or flight time. What are you going to choose? Better red than dead? Or better to fight for freedom and democracy? That’s what I’ll talk about in my next installment. 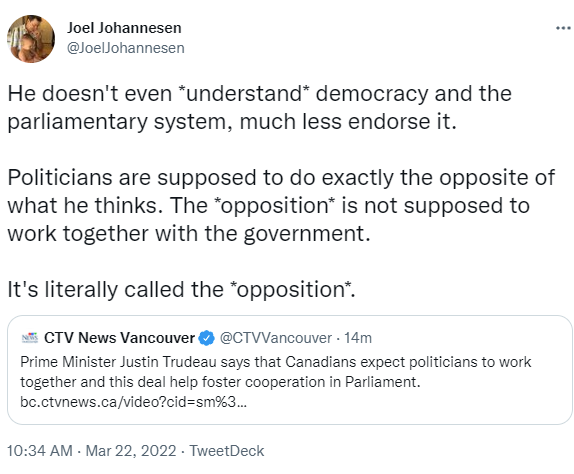 Load more
Previous articleAct now or forever hold your… self to blame (Part 2)
Next articleTrudeau spoke at Euro Parliament, and nearly nobody showed up. Those who did, well…