Home Columnists Joel Johannesen “You can eat every day and eat well without spending money. And... 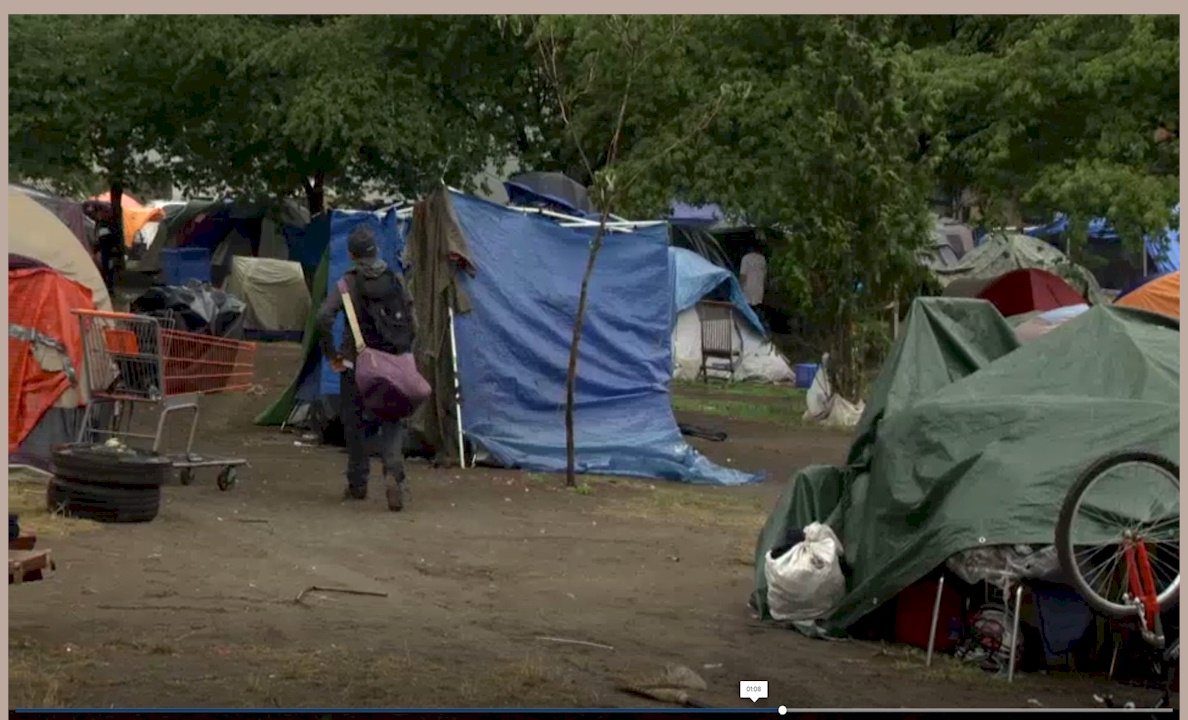 Vancouver has been run by liberals — and much further leftists — forever. BC is currently run by the socialism-espousing NDP (sharing power with the leftist Greens), and before that, by the very socially liberal BC Liberals. Canada is run by leftist Liberals. Vancouver’s east side, in particular, has been represented by far-leftists forever. Wikipedia says: “Vancouver East is known as a New Democratic Party stronghold; the NDP and its Co-operative Commonwealth Federation predecessor have won all but two elections in the riding since its creation in 1933.” Currently, the NDP’s Jenny Kwan — a radical far-left-winger — is the MP. The provincial MLAs representing the area are Melanie Mark, and Shane Simpson — both of the NDP.

How’s that workin’ out?

The Vancouver eastside is an absolutely abysmal mess. Vancouver’s downtown eastside (“DTES” as it is known), is like a little piece of Venezuela, right here in Canada, with tents and vagrants and bums and druggies and the mentally handicapped living all over the human shit-covered streets. It is a complete failure. A shameful, embarrassing, drug-infested and crime-ridden dump.

Don’t take my word for it — the residents of the area say worse things than I do. And so do other normal citizens. One guy on Reddit wrote in to say he saw a guy drop trou right on Granville Street (downtown) and take a dump on a street planter (meant to beautify the street). Another guy chimed in with a reply: “I’d prefer if they did this in the bikelanes. Were that to occur, the city would pledge 400 Billion dollars for homeless shelters and mental healthcare.” That pretty much encapsulates the liberalism/progressivism fetishes and their incomparable ability to so miss the point.

I would be remiss if I did not remind you that countless billions have been spent on all manner of aid, especially on such things as homeless shelters. Every year, the leftist politicians boast of how much more taxpayer money is being spent on shelters, and in every election campaigns, they promise millions upon millions more for still more “social housing,” “non-market housing,” “subsidized housing,” “homeless shelters,” and the like. “Build them and they will come,” as I say, based on years and years of solid empirical evidence. But I’m beginning to think that’s their plan.

From the CBC article:

“…The last two years have been the worst changes, I think,” she said. “A lot of homelessness, a lot of drug use out in the open. You never used to see that at all, maybe not to that degree.”

It’s a sentiment that’s been echoed by local politicians, police, community advocates, local business owners, and countless neighbourhood residents: the quality of life in the community — deteriorating for years as residents grapples with homelessness, poverty, and the ongoing opioid crisis — seems to have hit an historic low….

So many billions spent, so much social engineering, so much aid, so many programs with new ones added atop the pile each year, a great global economy but more taxpayer money spent each year nonetheless, and, “It’s getting worse and worse,” they report. You’d have to think it was on purpose.

Hello? Voters? Is this thing on? At its root, this is, demonstrably, a liberal failure. A progressive failure. Those are the social, economic, and political ideological policies that have been tried, here — or rather I should say foisted on these poor people. Evidently it’s an abominable failure on every level. It’s wrecking the place, and families and lives are being ruined and lost completely. This failure is literally a scientific fact, now.

The whole CBC article — as written by progressives — represents a hideous lack of admission as to the root causes, and therefore it’s another intellectually dishonest discussion. And they know it. For the liberal media, it’s all about advancing the progressive agenda, even it it means cities will be destroyed and people will die. That too is clear to me.

Again, it’s sometimes best to go to the man on the street for the truth, and insite (word misspelled advisedly) into root causes. Alert people who don’t have their heads up their butts will be able to draw proper conclusions from this alone:

“I come here for the food and the resources,” he said. “You can eat every day and eat well without spending money. And then you can use your money to buy drugs.”