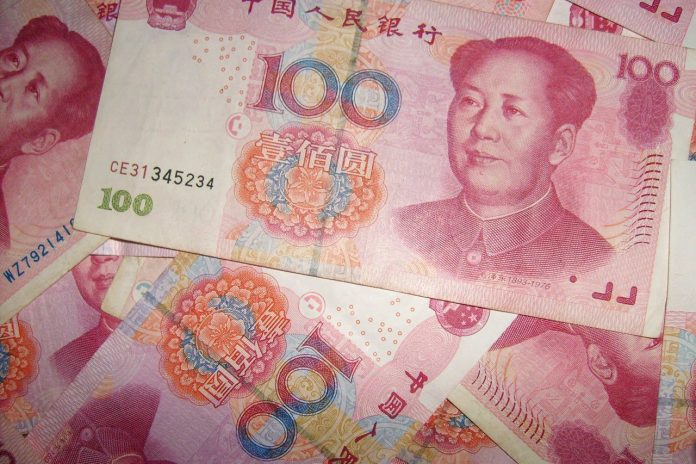 You have a story about Chinese immigrants or visitors who do wrong in, well, not their home country. They launder money, run afoul of proper Canadian business practices, and so on. So you go ahead and write it up, strenuously and studiously omitting the words “Chinese people,” or “Chinese immigrants,” just like you learned in Woke Journalism and Gender Studies, but you get the sinking feeling that if it were about Norwegian immigrants or visitors, you’d wear out the N key on your keyboard.

You get over that.

‘Bags of money’ being used to buy luxury cars in B.C., according to new money laundering report

…The report noted that UnionPay bank cards and the WeChat mobile payment app, both from China, are used to buy luxury cars…

The report also found a large grey market — at risk of money laundering — that exports thousands of luxury cars outside B.C. using straw buyers, many using Chinese passports as identification and not a B.C. driver’s licence.

You know you’re blatantly not saying “Chinese people” or “Chinese immigrants,” but hell’s bells, it’s all part of the gaslighting of the west by progressives in politics, academia, Hollywood, and the media, and you’re media, so damn it you press on. Saying they’re using Chinese passports; and UnionPay, basically a Chinese state-sanctioned monopoly credit card company; and WeChat, a totally Chinese-only chat system (hey see this link!), is already borderline racist. Nearly bigotry. Close to fascism. (And yes, thank Gaia, those are the only references — or non-references — in the story to any nationality, and you escaped saying the word “immigrants” completely even though it’s about that, so phew. You’re a champ. Note to self: watch for big bonus at the Happy-Tree Fest in December formerly known as so-called “Christmas.”)

But then the real problems begin. Story published, in print and online, and online it’s open for public comments, and yet you know that as soon as you do, people will by necessity have to talk about, you know, “Chinese people,” even if you didn’t. That’s if they dare to say anything about the story at all, given the backlash normal people get today when they say non-progressive things. And yet you do explicitly want them to talk about the thing. And you know from watching CNN and CBC and reading Huffington Post and Buzzfeed that if they say the words “Chinese people” or “Chinese immigrants” in public, in a negative way (and the folks are likely feelin’ a little negatory on the story so yeah it’ll be negative), well then, it’s like a trap was set by us, and they’re walking right into it, and so what you’ve got here is a racist bigot-fest. So yay, more “MAGA types” will be exposed. Possibly a Pulitzer in the offing.

So let the slaughter begin. Bring on the scolds! Summon the holier than thou! Dial-up the betters! Get The Woke on the horn! Is Jasmeet Singh available for a response to these Chinese haters? How about a woman, any woman, any progressive flavor? And, natch, a professor specializing in progressive interpretations of “the white problem” and gender studies.

But then what actually happens is that a few commenters are so woke they make you look like a sleeping drunk hobo; they deflect the crap you tried to hurl at them, and refuse to abide by your progressive-left’s asinine rules of PC dumb-f-ery, and literally mock the crap out of you; troll you so bad you have to watch an hour of MSNBC just to help stop the sadz. To wit:

I can remember 15 years ago when people were noticing a lot of Norwegians buying housing stock, demolishing character homes, and then building monster homes that continue to sit empty — or are occupied by Norwegian houswives/students that claim poverty incomes. We were told by Gregor et al that we were being racist. Well, how many times do we see Norwegians come up when we read about all manner of corruption now?

Frances Cheeseman
21 hours ago
Those Norwegians certainly know how to screw the system, who would of thought their intense desire to shield money from their own country ( Norway ) and to actually get it out of their own country ( Norway ) , would lead to such trouble for Canadians. Those Norwegians are a crafty bunch, unfortunately it will take generations before these Norwegians finally turn into true Canadians, unfortunately at true Canadians expense along the way.

Gern Blanstein
20 hours ago
Reply to @Frances Cheeseman:
Yes you are so right. Those Norwegians have really screwed us since that billionaire Norwegian bought the former Expo lands that we had to clean up.

Null Null
17 hours ago
im always hungry an hour or so after eating Norwegian food.

And since they are talking about the G-damn Norwegians, you can’t do f-all because everybody in the newsroom and at your Yoga class knows you can bash the crap out of them or, like, Americans, or whities, or Christians, or men, all day long, with total impunity, in fact maybe even with more bonus cash at Happy-Tree fest. So damn the world.

And then, upon reflection, a tug on the bong, and a good mindfulness session, you suddenly realize the news media needs taxpayer funding in order for it to stay alive on account of nobody is buying it.