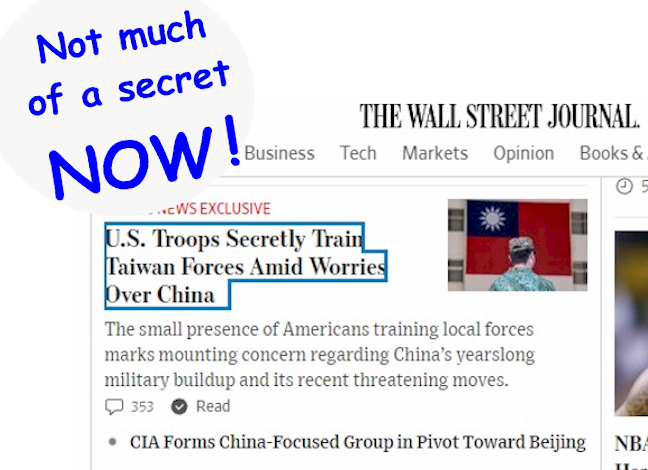 Wall Street Journal — I always thought the warnings about bombing a country, or conversely, blathering on worldwide TV news about such things as the impending drawdown and retreat from Afghanistan on a certain date, was stupid-talk by governments and news media. Why telegraph your intentions to give them time to plan? 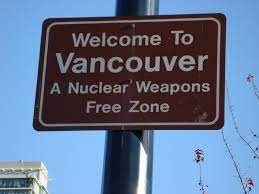 It’s a little like warning someone you’re about to rob them in 30 seconds, thus giving the victim plenty of time to whip out their Smith & Wesson; or putting up a giant sticker on your front door reading “THIS HOUSE IS A GUN-FREE ZONE.” This shit actually happens! For real, the leftward and thus routinely idiotic and unserious virtue-signaling City of Vancouver used to have giant signs erected at all the entrances to the city advertising that Vancouver is “A nuclear-weapons-free zone.” So much to mock here, as any Chinese, North Korean, or Iranian war minister (or any ten-year-old) will tell you.

So (and speaking of the Chinese) I’m hoping the normally serious and cerebral WSJ is just using a bit of hyperbole here. With a headline like this, it really couldn’t have been much of a “secret.” Or at least I hope that’s the case. 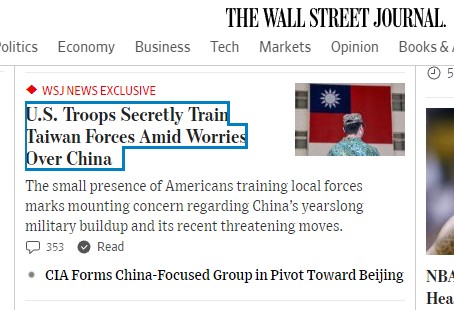 Previous articleThanks Cap’n — Trudeau advises us that his lie/vacay on “Truth” (etc) Day was “a mistake.”
Next articleI thought boys had periods too