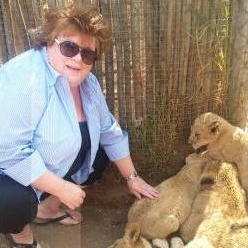 OK watch out for an air-quote festival, I’m addressing another government waste-a-thon. So you understand.

Without even fully delving into the obvious, gross misuse of taxpayer funds that is self-important government “officials” taking their spouses on “business” trips, why did government “officials” even have to go to a “parliamentary” conference in South Africa at all, last year? Why go to almost any of these elaborate conferences, for that matter, which are held in exotic places on exactly the opposite end of the world, with amazing regularity?

They are absolutely a waste of time and money. Some more than others. This one belongs in the “more,” or even “most” category.

Naturally (a word I use advisedly), the annual prize goes to those so-called “environmental” conferences, wherein politicians from all over the globe travel first by limousine, to their various global airports (mostly named after politicians), then by jet aircraft, first class, or even by national military aircraft which are designed for national security, to exotic locations on the other side of the planet. Then into another limo, to a luxury resort hotel. And various outings and dinners and shows and cocktail parties, to which they are shuttled by luxurious limos or coaches, not bikes. In the exquisite conference halls, they meet other big government “officials” (and some of their spouses), all dressed to the nines, in luxurious surroundings over cocktails and fine wine and shrimp foo-foos (but don’t worry, they’re “organic!”). There, they yap with each other, through multiple translations, about their plans to impose their big-government “green” laws, and restrictions and new taxes supposedly designed to reduce “carbon emissions,” and more programs to further re-social-engineer and re-regulate to control the bad behavior of… evil and very misbehaved and utterly stupid non-government minion citizens, and the little useful idiots people, whom they think of as their “subjects,” back home.

The arrogance and hypocrisy is almost as breathtaking as the asininity of people like us allowing them to get away with this elitist idiocy.

The conference in South Africa, of all places, that Liberal Speaker Linda Reid now infamously attended with her husband, as well as assistant deputy Speaker NDP MLA Raj Chouhan and his wife, was the Commonwealth Parliamentary Conference. Try as I might, I cannot determine what, exactly, the point of it was. Besides wasting time and money.

“Global political issues and developments in the parliamentary system are analyzed in conference debates among leading Parliamentarians representing Parliaments and Legislatures throughout the Commonwealth.”

Wow. Sounds official. Also, it sounds like complete bullcrap.  Good thing nobody has to attend, because…

“A summary of the main views expressed in conference debates is sent to Members, Commonwealth governments and international agencies.”

So in other words, “we’ll email ya, so you really don’t need to be here. And if you came, well shit, we sure got you good  —  well you and the people who pay you, sucka.”

I watched a YouTube video to try to garner more understanding of its worthiness. I came away knowing only that it sounded like the biggest waste of time and money I can remember, at least since the advent of Obamacare or “man-made global warming” or “stimulus spending.”  So I watched another and another. It just got worse. Confirmed it.

I’ve never heard of the Commonwealth Parliamentary Association, which suckers taxpayers into sending self-important government “officials” to their annual chin-wag.  You’d think with all the big-government self-anointed poo-bahs in attendance every year, at least one tiny bit of news would come of it. But no. Nothing. Do any media even attend? I bet not. I gave up searching for just one news media report after page four of my Google search.

I’m actually quite sure it’s about as close to a scam as you can get without actually calling it that.

It’s quite telling that the official web site of the “CPA” indicates that the next conference will be held in Kenya. Yeah but that’s in 2010. I’m not making this up.  If I were to shop around online for something or someplace to travel and I saw this…

…I’d keep shopping. So perhaps the conference is more than mere complete bullcrap — it’s actually more like well-composted manure at this point three or four years later  — a product which would actually be more useful to taxpayers.

I’d like to see a lengthy written summary, from BC Liberal Speaker Linda Reid and the assistant deputy Speaker NDP MLA Raj Chouhan.  Report back to us about exactly how taxpayers were served by their all being there, and why it was even remotely a good use of thousands of dollars of taxpayers’ funds, and the loss of work time for which we simultaneously pay them exorbitantly. Reid gets $152,788.50 plus expenses and a Cadillac benefits plan and pension plan…; Chouhan gets $137,509.65 ++.  And of course we have to pay for their spouses to go on elaborate trips with them whenever they want. We’ll read the report and decide if they should be fired. My reflex reaction is Trump-like. “You’re fired.”

And moving forward, if I were premier, I’d ban all further travel to any conference at all, ever again.

Actually, I’m more powerful than them. I’m a citizen and a taxpayer. Those people are servants of the people and work for me and us.  So I ban it. I demand an end to this disgraceful and immoral waste of my taxpayer cash, and the ripping off of taxpayers. You should too. I know you understand the parliamentary system of democracies, even without a fancy elitist conference.

I’ll bet neither Speaker Reid nor assistant deputy Speaker Chouhan learned how to speak the phrase “complete government bullcrap” in Zulu  —  or in any other language, including English. I, at least, did some semi-useful work: the translation from “complete government manure” to Zulu is “kuqediwe kahulumeni umquba,” according to a translator. My report would thus be more worthwhile reading.