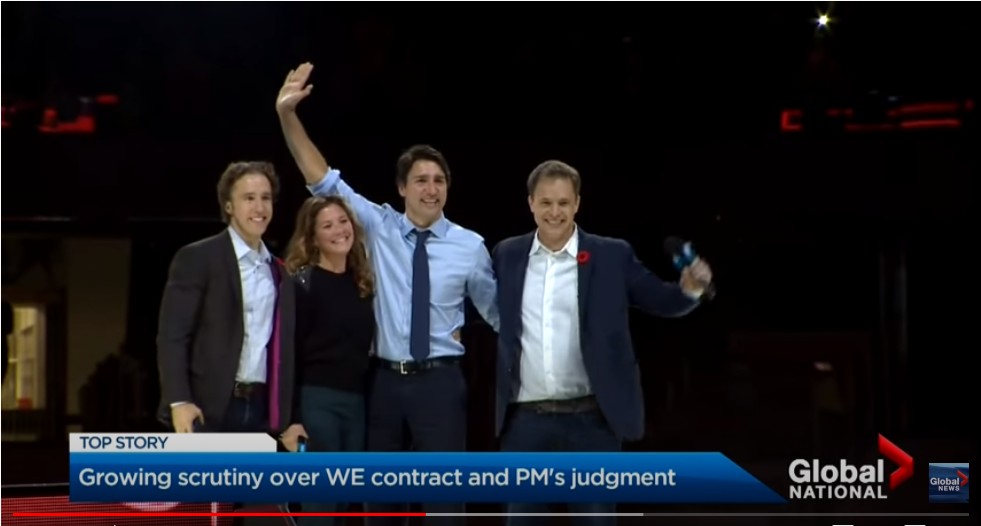 What with all the muck in the bowels of the Liberal Party these days, what a terrible week to recall Justin Trudeau’s talk of “sunny ways” if only we elected him. Is it “sunny” in those bowels or is it something else?

This week we found out Justin Trudeau and the Liberals have been, well, lying is the word. And as we know from childhood, where there’s smoke, there’s fire. As grownups we know where there’s lying by politicians, there’s corruption. The only question is the extent of the corruption.

The fact that this is the fourth or fifth such smoke and fire in as many years, is also worthy of something serious — and a “discussion” just doesn’t cut it when it comes to repeated corruption.

The “extent” part keeps growing too, as the layers of this latest stinking onion gets peeled away.

This is actually a set of separate scandals, which I’ll have to alphabetize.

We found out this week that (A) Justin Trudeau did not recuse himself when his cabinet met to decide to give (B) a sole-source contract, (C) worth nearly a BILLION dollars, (D) to a clearly politically progressive charity called WE.

WE is (E) a known sponsor of all things progressive and social justice warrior, including (F) Justin Trudeau personally. In fact, the “brands” of WE and Justin Trudeau match identically.

(G) WE stood to make some nearly $20 MILLION for the contract, and Trudeau risibly said, when questions first arose about this stupidity of awarding them the contract, that they were (H) “the only organization in Canada” that could possibly dole out the billion dollars (well, less $20 million which WE would pocket for themselves).

But we found another stinkin’ layer when (I) we learned Trudeau’s wife, his mother, and his brother, and, (J) as we found out just today, other Liberals, have also had personal dealings with the organization.

And (K) vice-versa. They all support each other.

Trudeau made implicit, on national television, that (L) he — and his family — were strictly volunteers for that organization. Lies, it turns out. As website CANADALAND, who first broke all of this, found out, Trudeau’s family earned (“earned” —wink) scads of money from WE. In excess of $300,000. They were “volunteers” in much the same way that the sole-source contract to dole out a billion dollars was for the purpose of — get this — paying students… to volunteer. (I kid you not.)

The word “volunteer” means something different to people on the progressive left than it does to normal people. Volunteering has mostly cost me money.

Lying by omission, which is somehow even worse to me and I can’t explain why but it has something to do with its deeply evil intent: (M) Liberal Finance Minister Bill Morneau also did not recuse himself from cabinet decisions, even though two of his immediate family members are entrenched in WE, with one of them being a paid employee. (N) In 2019 just before the election call, Morneau’s department gave $3 MILLION (*taxpayer dollars*) to WE. He announced it himself. No mention of his family ties.

Also lying by omission, (O) Trudeau has never brought up the fact that WE explicitly endorses him, politically, by featuring him several times in its numerous mass public rallies attended by young folks. In 2015 Trudeau was invited to address a 16,000-person WE Day audience alongside wife Sophie in Ottawa, his first public speech after becoming prime minister. But there was more. The list of appearances — not even including his family’s dozens of separate appearances — is stunning in its enormity. [iPOLITICS.CA compiled a list.]

(These rallies creep me out — watch one on Youtube or someplace if you get a chance, and see if you don’t think of the word “cult,” as you do).

(P) Watch this creepy 30-second TV ad for Justin Trudeau. Can we guess who made it? Watch to the end.

(Q) The co-founder of WE, Craig Kielburger (his brother Marc is the other co-founder), is a personal political donor of Justin Trudeau’s, donating the maximum allowed for his leadership bid.

(R) The Trudeau government has given the WE charity millions (*of our taxpayer*) dollars before this latest calamity. P.S. Giving away other people’s money is not charity, it’s theft.

(S) Craig Kielburger was invited by the Trudeau government to join the newly-formed Debates Commission panel, in 2019, tasked with organizing the debate events between the party leaders.

I could go beyond S
How can anybody — either on the WE side or the Trudeau/Liberal side — not have a massive moral problem with all of this? I cannot comprehend, and I’ve tried hard.

The Liberal Party — its brass, its members, its donors, its MPs and cabinet ministers, its voters — are apparently not able to stop the effete Justin Trudeau, even in the face of what’s obvious to most Canadians.

No calls from within for his resignation? Unfathomable.

He’s popular in some polling, especially in the big cities. I get that. I don’t understand that, because I’m not a fan of his performative garbage and overt progressivism and what may even be further radical leftism than he lets on. But I get the calculation.

Hate to say it but this is the sort of behavior akin to cults, including cults of personality —as this one most certainly is. (One hopes it’s not based on his judgement, honesty, speaking style… Embarrassing if true.) The best option for you liberals is to quit the cult.

He knows he must resign. He demanded it of others for far, far less. 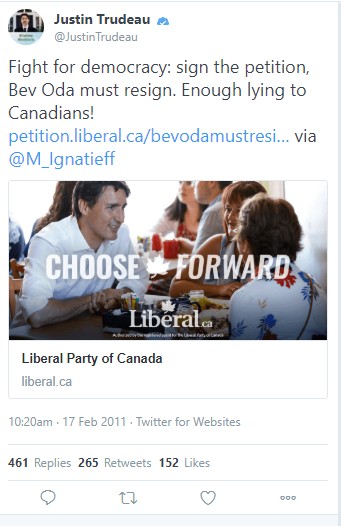 BREAKING – CTV News has confirmed that WE Charity paid Margaret Trudeau’s expenses to send her to Kenya in July 2019 to appear at the opening of a college WE was associated with. The costs associated with the trip are estimated at $10,000 #cdnpoli

(Mackenzie Gray – @Gray_Mackenzie
“BREAKING – CTV News has confirmed that WE Charity paid Margaret Trudeau’s expenses to send her to Kenya in July 2019 to appear at the opening of a college WE was associated with. The costs associated with the trip are estimated at $10,000”) 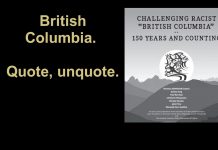