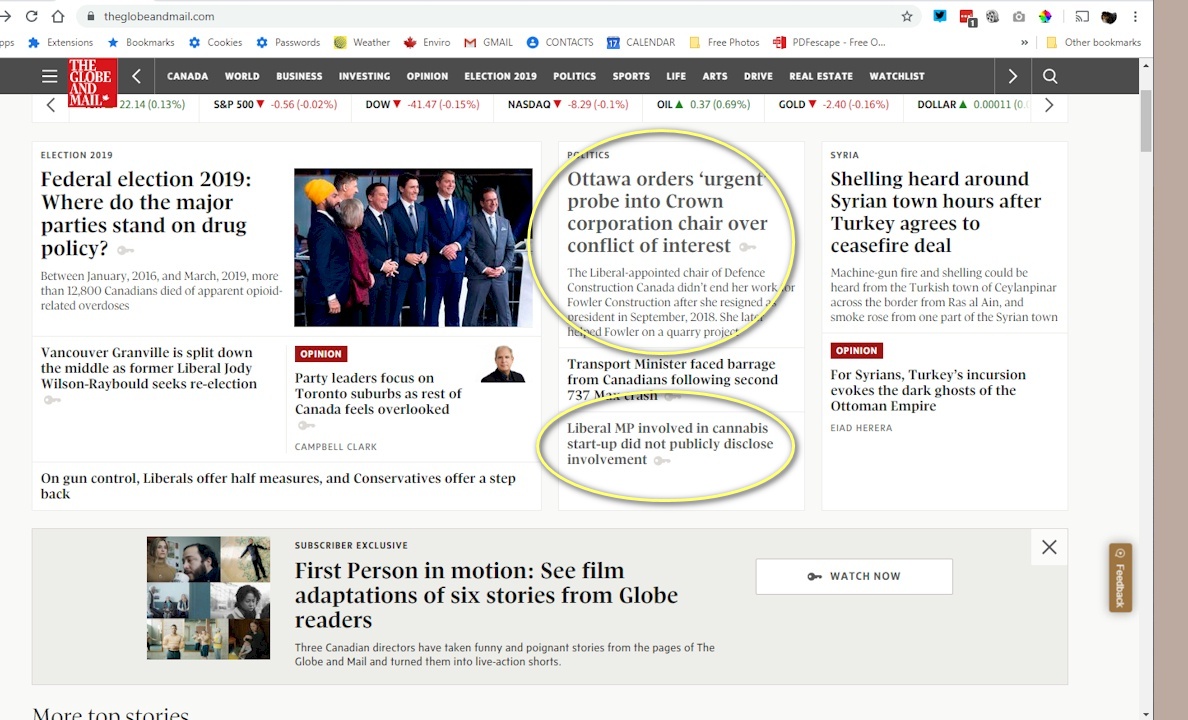 I’d missed the initial alarm bell on this, which was yesterday’s Globe and Mail story. Today brings fresh scandal as an another official conflict of interest probe has been launched — this one marked “URGENT.”

…In late 2018, Ms. Miller assured DCC’s chief executive officer, James Paul, and Mr. Dion that she had severed all ties with Fowler, according to internal e-mails obtained by The Globe. Mr. Paul’s term was not renewed after it expired in July, 2019, and he is suing the government, alleging he was punished for raising concerns about Ms. Miller’s apparent conflict of interest…

Ms. Miller’s appointment as chair of DCC in November, 2017, sparked an internal battle over potential conflict of interest when she said Fowler Construction should be allowed to continue bidding on DCC contracts.

Carla Qualtrough is Public Services and Procurement Minister. She is a Liberal MP from Delta, British Columbia, in a tight race against Tanya Corbet, Conservative.

Mr. Paul says in the lawsuit that DCC’s five independent directors resigned in a mass protest last year, citing what they considered insufficient action taken by Ms. Qualtrough to address a conflict of interest surrounding the newly appointed chair, Moreen Miller, who was president of Fowler Construction Co., an Ontario paving and construction company that had performed DCC contract work.

And back to today’s:

… His lawsuit seeks $1.5-million in damages from the government for allegedly “targeting [him] for removal … as a reprisal for pursuing the conflict-of-interest issue.”

Carla Qualtrough needs to be thoroughly questioned hard about this, as does the Prime Minister who appointed her, and at whose desk the buck stops. Who should do the questioning? The police? Ethics commissioner? Certainly not Liberals.

Then there’s this, and I don’t even have time…:

It’s an ethics violation SWAMP over there in Liberal land.