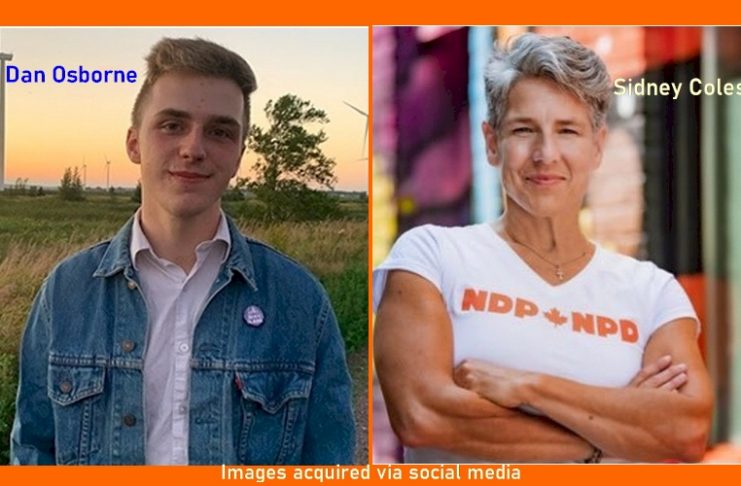 But the headline didn’t shock me, it merely led me to ask myself who we don’t know about in the NDP’s ranks. No, for me, it might well have instead read, “The NDP is running candidates who are barely 18 years old?! — And they think that’s a good idea?!”

Because apparently, they do. Despite just this sort of result being almost guaranteed.

But the only way you’d know Dan Osborne’s age is to read between the lines of the story of their resignations as candidates for the NDP, because the “news media” don’t seem to care that children just out of high school are running to be Members of our Parliament — or at least they don’t care that NDP kids are running. I’m quite sure they’d care a great deal if he were a Conservative candidate. (It’s kind of a reverse of them pretending to really, really care that black people run for office — you know, for the diversity and yummy BLM and racism-related whatnots, which they simply adore beyond life itself — but when Larry Elder runs, they think he’s an idiot, try to wreck his life, and they hate on him as evil incarnate for even thinking of running.)

The only age clue the “news story” provides is when they quote Osborne saying “…I can’t recall posting that, I was 16 then and can honestly say I did not mean to cause any harm.” See, it happened two years ago, and in case you’re stupid, 16+2=18, and 18 is a child. And I mean he just turned 18 barely in time for the election.

And some poor soles still think the NDP is a serious party, and question why I’ve dubbed them the you’ve got to be kidding party.

Further, if I even need to go on, their resignations occurred not because NDP leader Jagmeet Singh demanded them, as he would have demanded with extreme shrieks if the situation occurred in another party, but only after fears were publicly expressed by Friends of Simon Wiesenthal Center for Holocaust Studies about rising Jew-hatred, after they screen-captured some of the tweets (as the NDP could have… or dare I say it, did, and ignored).

Where were the actual adults in the NDP? Seems there is at least one more child who needs to resign over there.