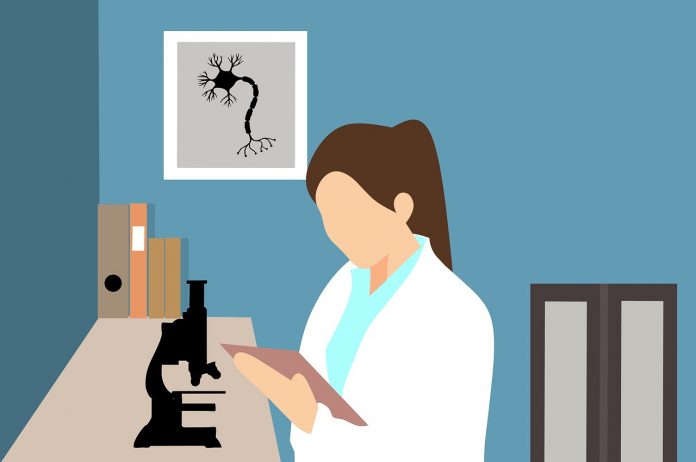 Unless all you read or watch is CNN and the state-owned CBC, etc., you probably know that multiple scientists and international security experts have breathed new life into the theory that the Wuhan Virus (which for some weird reason we’ve been instructed by Chinese-sponsored world government hacks to call “Covid-19” and we all obey them like useful idiots) emanated from the Wuhan Institute of Virology.

Facebook today even went so far as to stop banning people who dared to theorize that the virus started in the Wuhan lab, as they have done to countless honest, enlightened individuals over the past year. Facebook is still very much a fascist center of idiocy run by 20-something morons and leftist political ideological hacks, but good on Facebook for getting ahead of the otherwise impending and embarrassing backlash against it. Or something.

Even though Joe Biden quietly cancelled the ongoing investigation launched last year by U.S. security analysts (under Trump, the “Russian Spy”) into the Wuhan Virology lab and its potential as the source for the Wuhan Virus — an extremely important endeavor — Biden has now (re-)launched a new investigation into exactly that question. He’s nothing if not hip to the cool beat. (Mostly he’s nothing.)

Why he would cancel Trump’s investigation only to then start a new one of his own, is anyone’s guess, but aside from being totally asinine and utterly stupid and extremely questionable and worthy of an official Congressional inquiry (and the very quintessence of Big Government idiocy), it speaks to his egotistical need to be able to somehow claim credit, if it should come to pass that the Wuhan lab was indeed found to be the source of the Wuhan virus. Even though he (and every lefty in politics and the news media — but I repeat myself) blasted the theory as ludicrous and “conspiratorial” and “racist” and etc. when Trump allowed the idea to be intellectually entertained and examined, Biden could now say, see, my investigation found out the truth! This is what we call being a total ass-bite.

Biden wasn’t alone. Virtually every single lefty news outlet, meaning nearly every outlet, mocked (or worse) the theory, as did every social media app (going so far as to literally censor and ban any such talk, as I mentioned). Today a columnist by Willis L. Krumholz at the Federalist goes over some of this in a good article trying to get to the root of why it is the corporate media sucks up to China and its Communists all day long:

The reason for these problems is so often the exact same, as he explains, in part:

The Washington Post is owned by Amazon, which via Amazon Web Services has ties to China. CNN is owned by AT&T, which has business ties to China. The analysis isn’t as simple as examining a simple percent of company revenues, either. Because China sales are often growing faster, or are projected to grow faster, these parts of the business carry disproportionally more weight. …

And all of that ownership with its ties to Communists in China aside, all the principles of those companies (and their underlings too) are a bunch of left-wing woke dumb-dumbs who thought and still think that the key to life and good living (and being invited to lots of parties on the cocktail circuit) is to be as openly anti-Trump as possible, science and reasons and evidence and honesty be damned.

The rest of the explanation is harder to contemplate, and he doesn’t try, but I think it revolves around several key points: a lack of moral character, a lack of even a modicum of self-respect, a total lack of any sense of dignity, humility, patriotism, no particular sense that an adherence to truth and honesty is necessary in life, and manifestly, a lack of intelligence. Probably also a lack of religious faith to keep them grounded in, well, all of the above. And it has a great deal to do with greed. And in their well-earned belief that they can get away with it because after all, nobody out there seems to care, or at least nobody seems to act on it by, say, not buying their product. Ipso facto, there’s nothing to lose (I mean other than in the eyes of God, by they scoff at such “lunacy”), and everything to gain. So since people out there all sort of act the same way as them, they feel vindicated. So what the hell? — if I understand correctly.