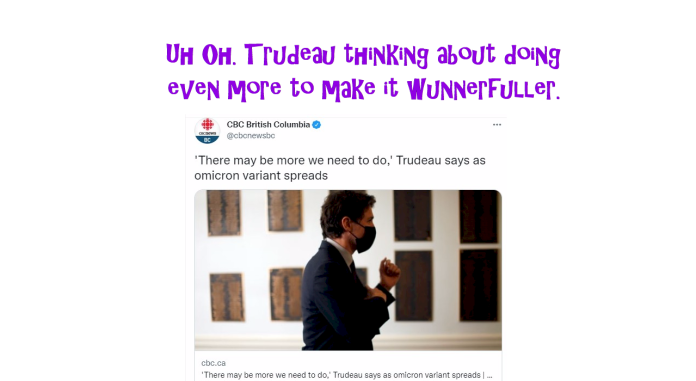 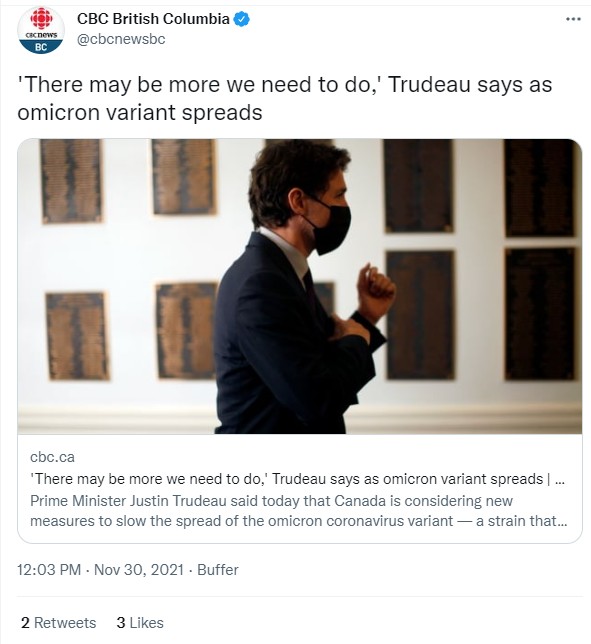 Didn’t think I’d be saying this, but… yeah, please go to Tofino, Mister Prime Minister. Surf’s up. Pot’s available. Better yet, Abbotsford, where you might finally —  usefully — spend some of those carbon tax billions you’ve taken from us all, to finally help the local (and highly provincially carbon-taxed) population in BC upgrade the dikes and invest in the other protective measures  —even if is 20 years late and a total embarrassment given the obvious, utter, government failure to act up to this week and despite your hideous warnings over 10 years or more that this was going to happen, which obviously you didn’t even really believe or you would surely have acted. Long run-on sentence. Bad grammar. But the hypocrisy and the inability to administer even the simple jobs by our governments is leaving me spitting mad.

And P.S. — what’s with the state-owned CBC’s seemingly throw-away side-shot photo of the ginormous-black-masked boy wonder? And whatever the hell it is, must they keep showing us photos of their beloved leader, and publicly exhibiting their adoration in this rather increasingly embarrassing way? I don’t need to see any more pictures of him. Except maybe in gumboots and a cowboy hat in Abbotsford.

Previous articleState-Owned CBC lists words you may not use as a free person anymore because WOKE
Next articleAbort the baloney living and growing inside of you. I’m pro-choice on that.