The Trudeau Liberals’ pot smoking standards are the only thing in that government that’s NOT high. 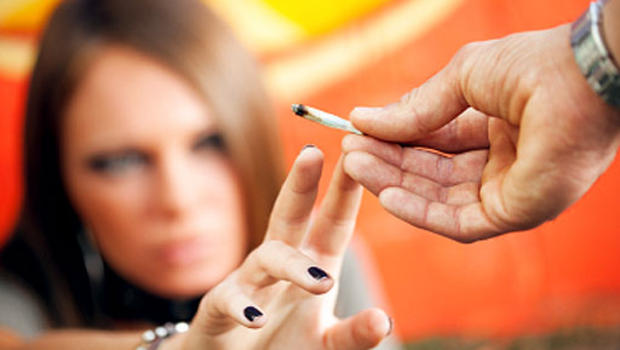 The libertarian side of my conservative politics — and all conservatives have some element of anti-government-regulation libertarian in them — tells me to cautiously welcome the Trudeau Liberals’ plans to legalize pot smoking in Canada. But the rest of my conservative nature tells me they will foul it up, tax it, it will cost our economy zillions, and they will generally cause harm to the country, to say nothing of the young individual pot-smokers’ brains and lungs.

So I mostly shun the prospect of pot smoking legalization, just as I actually shun pot smoking in my personal life. My purely conservative side tells me to generally mock the whole process, since it is a process increasingly controlled by the big, idiotic, liberal government; and besides, we hardly need another big government program to help develop and nurture further generations of brain-addled idiots in this country. Have they learned nothing from the creation of the state-owned CBC? (No.)

So it’s a quandary. Hahaha no it’s not. I love it. I’m literally high on liberal-mocking delight. There is just no part of this in which the pot-smoking Liberals or liberals will win points with this stinky file.

The Liberals’ promised pot legalization hasn’t even begun, and already people and their health are being negatively affected not only by the chemical-laced (yet “organic!”) pot being smoked by the druggies, but now also thanks to the amazingly high level of total stupidity from their own yummy Liberal government in Medellín I mean Ottawa.

The Trudeau Liberals have promised that we should chill, not worry, and be happy about all the pot-smoking. Using their vast and superior Liberal wisdom, huge amounts of tax dollars, and a ha-YUGE government with even more big-union, highly-paid government employees, they will control it. And regulate it. And monitor it. And ensure it is safe for all the kids. And they will generally see to it that everything will be just smokin’!

But apparently they were high when they promised all that. They can’t even control themselves. From the Globe and Mail:

…In July, The Globe published the results of an investigation that discovered one-third of nine cannabis samples obtained from Toronto storefront dispensaries, which operate with no federal oversight, contained potentially harmful bacteria that could have serious effects on elderly patients or those with compromised immunity. One sample contained mould that can lead to serious lung conditions in patients.

Last week, documents obtained through the Access to Information Act showed Health Canada was warned nearly a year ago about harmful chemicals showing up in marijuana sold at storefront dispensaries in Vancouver. Lab results submitted to Health Minister Jane Philpott’s office showed 13 of 22 samples tested showed high levels of carbamate, which is not approved for cannabis, or dodemorph, a chemical that is not approved for human consumption. …

Liberals are far from in control of this thing. But the Globe isn’t managing the reporting of the Liberals big smokin’ fail very well either. (See I told you nobody on their side wins). I like the “obtained through the Access to Information Act” part — when they’re referring to the most transparent government ever! Even on a health-related file, the Globe journalists, perhaps overwhelmed with the myriad lies and hypocrisy from this Liberal government, are so exhausted they can’t even bother to mention the hypocrisy or lies.

As per the liberal media standards and practices, which are every bit as bad as the Liberal government’s, the Globe also purposely fails to remind readers that this health minister, Jane Philpott is a Liberal (could a liberal have a better last name than one that resembles the Latin for “friend of pot?”), appointed by Liberal Justin Trudeau. Make no mistake, this is all about politics.

This is also the same Jane Philpott who, as the Liberals’ CBC division so politely put it, “mislead” the House of Commons, and more importantly, lied (no, not “mislead”) to you about her riding around in limousines like some high (and mighty) Queen. Worth mentioning, because we’re seeing a pattern of lies and deception now, from Liberals.

One of the chemicals seen being used by some pot-growers is a controversial fungicide, Nova 40W, that contains myclobutanil. The Globe reports:

It is banned by several U.S. states for use on cannabis because of concerns it emits hydrogen cyanide when heated.

The lefty snowflakes whine about hidden “trigger words” all day long. I never really get the snowflakes, but “when heated” has got be one of those “trigger words,” even though the Globe seems to miss the opportunity. I don’t smoke pot but I am not too square to know that joints are normally “heated.”

So many sentences in this story get me high. Take a toke out of this one:

Despite evidence of a potential public health threat, Health Canada did not act on the warnings, nor inform local authorities in Vancouver.

“Holy smoke” runs off the tongue too easily. Health Canada had one job. Yet contemplate this fail. At this rate I hope they don’t legalize fentanyl. If they did, they’d blame someone else, apparently. I’ve heard of passing a joint, but here’s an example of passing the buck:

Health Canada said it considers dispensaries to be illegal, and therefore not its responsibility. However, those same dispensaries have flourished across Canada this year as a direct result of the federal government’s announcement that it will legalize the drug. Ottawa has not addressed their growth, saying it is up to local police to address the issue.

Buck passed. You’d think the Globe would have a hard time actually justifying support for pot smoking legalization — at least by this inept government. Their own reporting includes lots of related articles, such as:

But here’s a pithy line from a recent Globe and Mail editorial: “Of course marijuana should be legalized.” Yes of course.

And of course they should share the blame for this lunacy as they sit in the same smoke-filled room passing the joint.