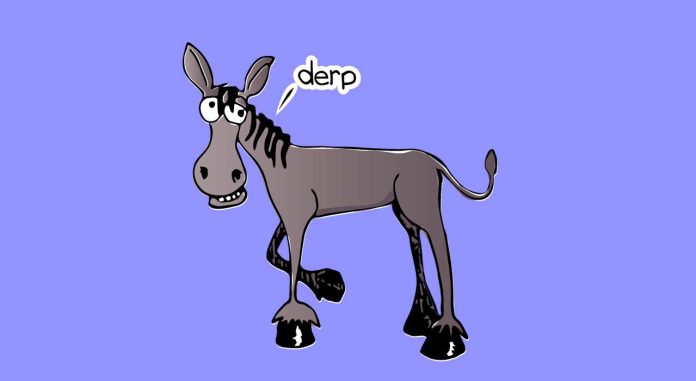 I enjoy it when progressives/liberals/lefties/Dems slip up and reveal their true selves. It’s very good for democracy. 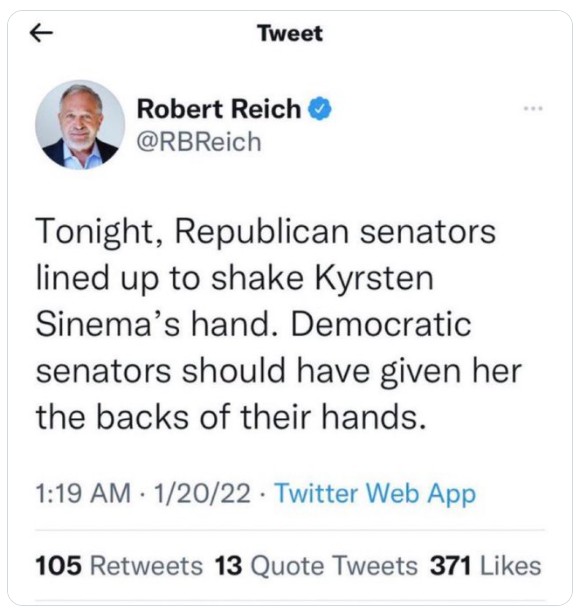 When he realized he just revealed to the world that he is, in fact, a misogynistic ass, and was advocating that Democrats slap a woman around for misbehaving (but not slap around the Democrat man who voted the exact same way), and inciting open violence again a woman (but not the man), perhaps because someone at CNN tipped him off, he removed the tweet, and pretended it never happened. No apology, no acknowledgment of, say, drinking too much or smoking crack, just, it didn’t happen.

But as I said, he’s an idiot. He actually thought nobody would see it if he self-identified as it didn’t happen. So he just replaced that violence against deplorable women misogynist women-hating anti-women tweet with this one, the ignorance of which is really a further insult to all women. It’s “violence,” actually, if I’m doing this right and I think I am:

It will be there forever (or until the world ends because of climate change). All the “news” networks around the world could pick this up and run with it, as you know they would if a Republican tweeted it. But they won’t. And neither will CNN, or any other lefties, seek to “cancel” him. Because idiocy.

There’s a decent chance someone on the left will slap him or kick him in the nuts tho.